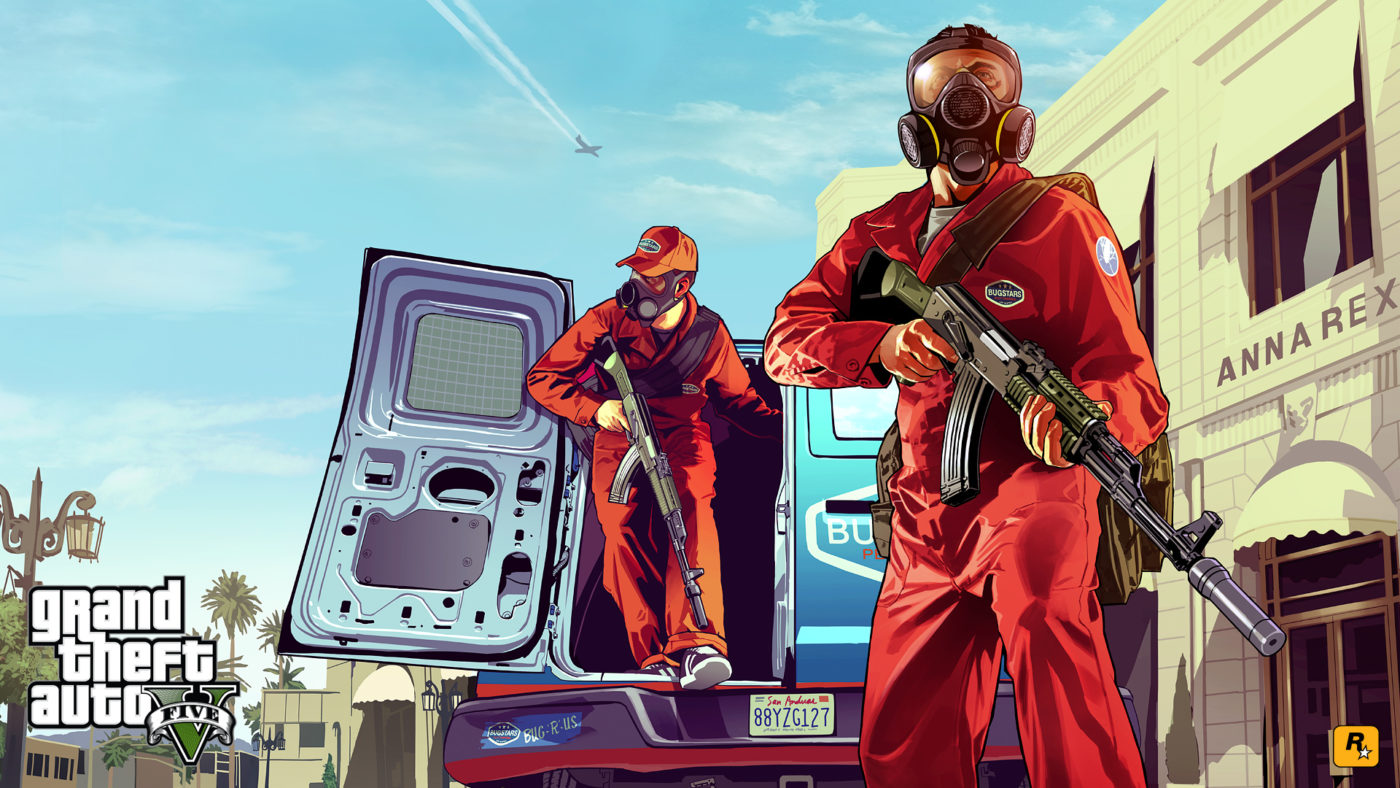 Epic Games is giving GTA 5 for free! Yep, you read right, and it’s for a limited time only so hurry up and grab this GTA 5 free download while you can!

Here’s how you can get the PC version of Grand Thef Auto 5 for free. All you have to do is create an Epic Game Store account and you can claim the title for free using this link here: GTA 5 Epic Game Store Page.  There are no strings attached other than having to use the Epic Game Store launcher. Once you claim GTA 5, it is yours forever and can be downloaded anytime. It’s also the premium edition, so it comes with a bonus of $1,000,000 to be used in GTA: Online. Should point out however is that that bonus currently may not appear right away as Epic states that the expected delivering it 7 to 10 business days.

Los Santos: a sprawling sun-soaked metropolis full of self-help gurus, starlets and fading celebrities, once the envy of the Western world, now struggling to stay afloat in an era of economic uncertainty and cheap reality TV.

Amidst the turmoil, three very different criminals plot their own chances of survival and success: Franklin, a street hustler looking for real opportunities and serious money; Michael, a professional ex-con whose retirement is a lot less rosy than he hoped it would be; and Trevor, a violent maniac driven by the chance of a cheap high and the next big score. Running out of options, the crew risks everything in a series of daring and dangerous heists that could set them up for life.

The biggest, most dynamic and most diverse open world ever created, Grand Theft Auto V blends storytelling and gameplay in new ways as players repeatedly jump in and out of the lives of the game’s three lead characters, playing all sides of the game’s interwoven story.

All the classic hallmarks of the groundbreaking series return, including incredible attention to detail and Grand Theft Auto’s darkly humorous take on modern culture, alongside a brand new and ambitious approach to open-world multiplayer.

Despite being seven years old, GTA 5 still continues to top sales charts in various regions. It’s a rare sight to see the game being offered for a big discount, and even rare for free. While you may already own the title on one of the many platforms it’s available, I highly suggest you nab the PC version while you can. This promotion will run until May 21, and again once you claim the game it’s yours to own forever.