Still playing Grand Theft Auto Online (GTA Online)? If you’re one of the many who still do, then there’s a lot to look forward to this week. In a press release, Rockstar announced the Sumo (Remix) challenges, free unlocks, and lots more!

According to Rockstar, players can battle their way across seven newly designed Sumo (Remix) arenas, with double GTA$ and RP, which will last until October 15! Logging in this week will also give players two new free unlocks: the White Ammu-Nation & Yellow Warstock t-shirts! A slew of high-end vehicles and weaponized vehicles are also on sale this week! 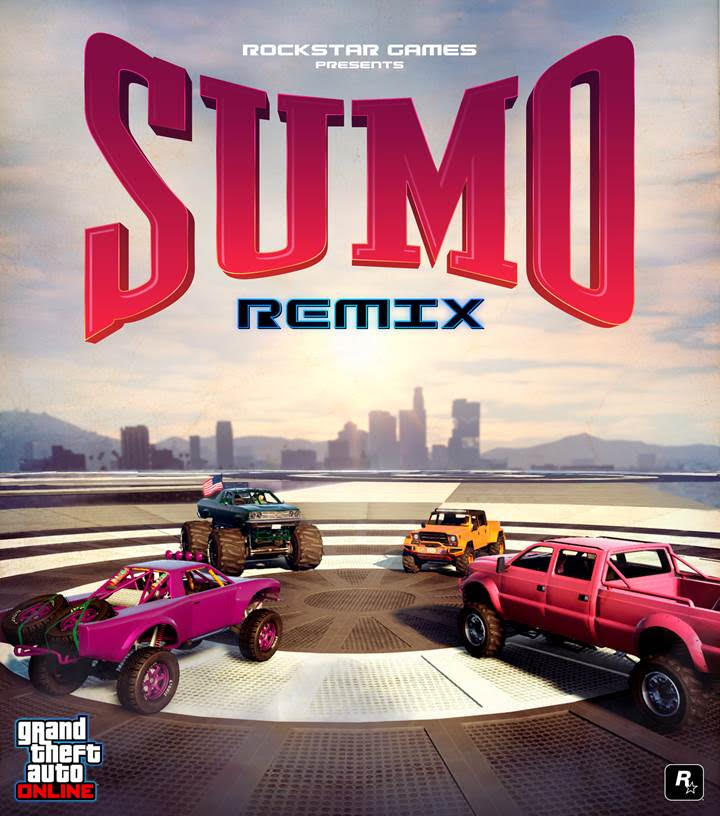 You may have declared yourself king of the ring in the classic Adversary Mode Sumo, but if you were thinking you could slip back into your old habits, think again. It’s time to brush off your territorial instincts in Sumo (Remix), now available to play in GTA Online. The safe zone is still your only way to avoid going up in flames, but this time it moves whenever the timer runs out, shrinking each time, and large pieces of the track may or may not disappear at random. This is carnage 2.0.

For more info, head on over to Rockstar’s Social Club Events page.