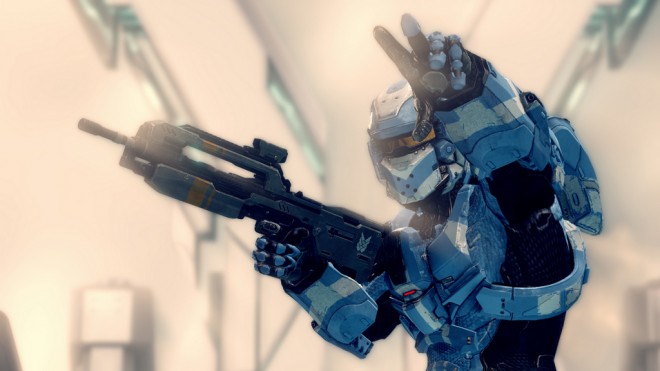 According to The Halo Bulletin, Infinity Slayer, which is essentially another team slayer game mode for Halo 4, adds it’s own twist compared to previous installments of the Halo franchise, one of the more obvious ones being a 60 kill limit (600 points) instead of 50. Here, each kill rewards your team with 10 points. However, one of the key new differences in Infinity Slayer is a new feature that makes random power weapons drop anywhere on the map, thanks to Halo 4‘s new Infinity Ordinance feature.

This is a newly added feature to the Halo series, which makes every match feel unique due to the weapons not having a set spawn and being constantly moved to a new location. Either that, or they are replaced by another power weapon every few minutes. For example, that shotgun that was leaning against a wall is now either replaced by a sniper rifle or any other power weapon in the Infinity Ordinance weapon drop cache. It could also simply be moved to another location to prevent players to camp out for these power weapons.

These medals can be earned by completing various tasks like getting kills or completing team support tasks like playing the objective and getting kill assists. With each medal you gain during a game, it will start to fill up your ordinance meter, and once it’s full, you will be awarded with Personal Ordinance of your choice to be dropped at your location.

However, unlike Infinity Ordinance, Personal Ordinance is also capable of dropping power ups. This includes three power ups: the Over Shield, a Damage Boost and the Speed Boost. These power ups, as you may figure, have a set limited duration and work really well with the weapons. Speed Boost, for example, not only makes you move faster, but also makes you reload your weapons noticeably quicker as well. You can learn more about upgrades, tactical packages and armor abilities here.

The only draw back of Personal Ordinance is that the requirements for your second or third one in the same game are bumped to 30% for every successive ordinance you have received.

That’s all for now. Make sure to check out some of the latest Halo 4 multiplayer footage right here!

Remember to pre-order your copy of Halo 4 at your favorite video game retailer before November 6.

PlanetSide 2 Beta to Launch “Within The Next Month”