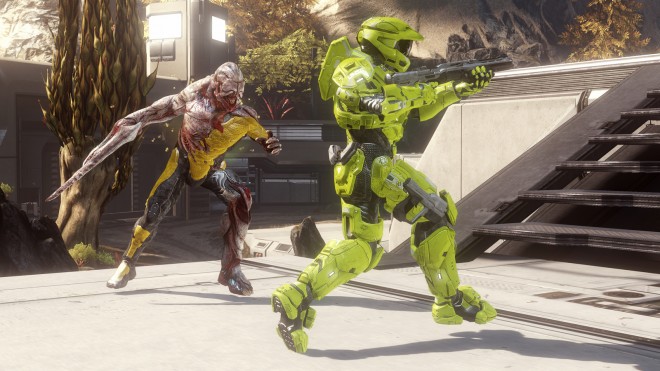 343 Industries introduces a brand new game mode to the Halo universe this November 6. The Flood returns and are deadlier than ever.

“Halo 4’s Flood mode is a round-based, ten-player game. It is a true asymmetric experience with the added twist of dynamic teams; this really changes things up as each game is different, especially in the incredibly intense and high-action final seconds,” writes 343 on the official Halo 4 blog.

As a spiritual successor to the fan-favorite Infection mode from Halo 3 and Reach, it was 343’s goal to push this new Flood mode even further as well as to ensure its place within the Halo lore. A flood infection on the human ship, the UNSC Infinity, was a perfect scenario which would allow human players to face each other as both Survivors and the Flood. 343 goes on to explain the mode in further detail.

“At the beginning of each round, two players spawn as Flood forms and eight players spawn as Survivors. Survivors are standard Spartans equipped with shotguns and magnums, while Flood move very quickly and can only use a melee attack. When a Survivor gets killed by a Flood, the Survivor will convert and respawn as a Flood. The round ends if a Survivor makes it to 3:00 or if all players are converted to Flood.”

To ensure that the Flood’s gameplay had a unique feel, different to that of the original Infection mode, 343 focused on these key elements below as a recipe for fun and exciting gameplay:

“A unique character model for both first and third-person.”

“A special melee weapon tuned just for the Flood.”

“A special effect that trails behind Flood characters.”

“A first-person screen effect that shows the haunted view of a Flood.”

“When playing as the Flood or final Survivor, dynamic music plays in the background to intensify the experience.”

“Flood move faster, react differently to bullets, and have specially tuned armor abilities, the core of which is an enhanced Flood Thrust Pack.”

In order to keep the balance between Survivors and Flood, players will notice that spawns are not randomly selected as Flood or Survivors at the beginning of a match, but are instead based off of previous rounds. This should ensure that all players spend a relatively equal amount of time playing as both the Survivors or Flood.

Additionally, Flood mode sports an exclusive set of medals found below, as well as its own set of custom game options.

We leave you with these three images from the new Flood game mode playable in Halo 4 this November 6. (Click for larger size.) Also, let us know in the comments below, are you excited for the return of the Flood in this brand new multiplayer game mode? 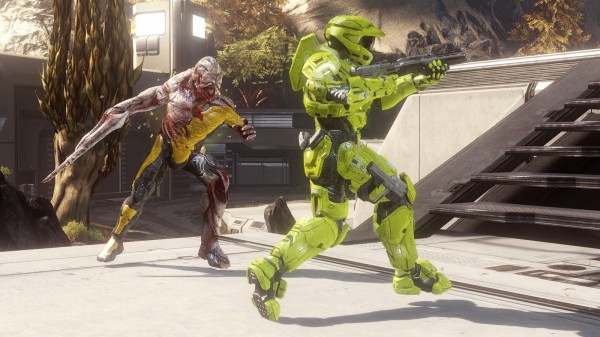 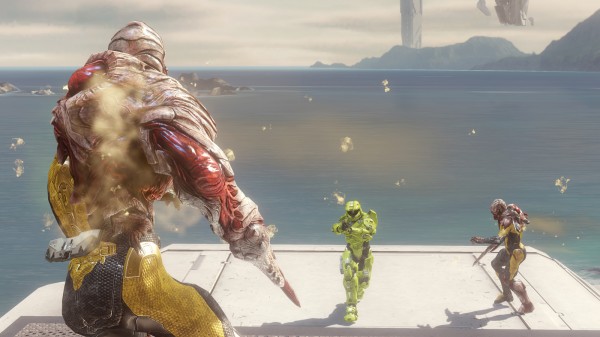 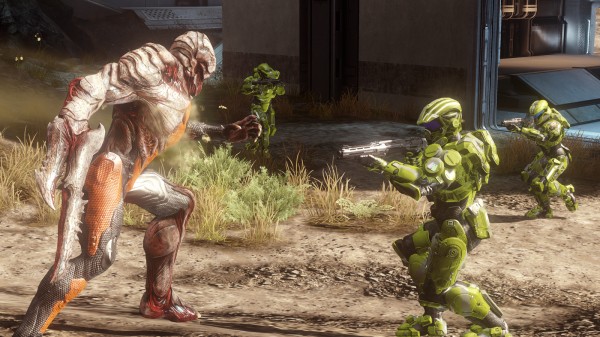 Battlelog Developers Join EA to Focus on “DICE, Battlelog and the Battlefield series”