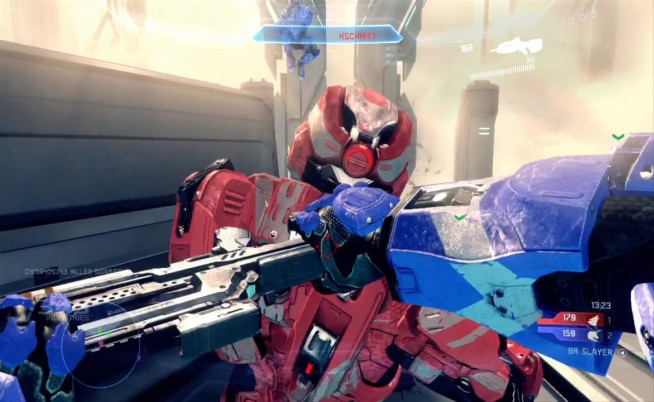 Earlier today, 343 Industries gave Halo fans and inside look at the upcoming sequel, Halo 4. If you missed it, you can check it out right here. Not only did we get to see how the campaign is shaping up, but we also got our first glimpse at Halo 4’s multiplayer.

With the exception of the fact that maps are being developed with the competitive audience in mind, that the Battlerifle will be making a return and that the multiplayer will be more connected to the lore of Halo, much info has yet to be revealed. Luckily, Eurogamer was able to learn an interesting fact: Halo 4’s multiplayer will introduce a system similar to Call of Duty’s perks and Battlefield’s specializations. It has been revealed that players will be able to fully customize their Spartan IV’s armor, much like previous Halo titles, but which will now directly affect the gameplay.

This is obviously a fairly drastic change to the already well-established Halo-style gameplay. Franchise Director, Frank O’Connor admits, “I expect a variety of different reactions.” However, he made it clear, “we’ve a tremendous amount of respect for Bungie and for the universe that they created, and yet we do want to take our own unique view on Halo and on where we want to take the franchise is in the future. It’s about finding the balance so it’s still Halo yet still feels fresh.”

Apparently, this isn’t the only thing that may trigger some passionate reactions among the community. “What we showed today is in some ways really traditional. Some of the more revolutionary stuff that we’re going to be doing is going to create more fuss, and I think it’s going to be mostly positive fuss, as it’s all been carefully thought out and considered.”

So far, the reactions to this new gameplay mechanic have been accusatory of 343 Industries essentially copying the gameplay of shooters like Call of Duty and Battlefield. O’Connor assures, “what we do take very seriously is changing player habits. So rather than chasing Call of Duty or Battlefield and trying to do their thing and doing it poorly and doing injustice to it, we’re trying to do our own thing, and do something fairly original but still something that’s completely compatible with the Halo universe.” He continued, “Halo’s not Call of Duty. Halo’s a sandbox game about really emergent things. A lot of things that worked great about Call of Duty – and don’t get me wrong, I was addicted Black Ops all of last year – they do player rewards really well. We’re not trying to do the same thing, it’s as simple as that. We’re trying to do something else, and to push our game forwards and not theirs.”

What O’Connor seems to be trying to push to fans is that 343 Industries is “not chasing anybody else’s tail – all the pressure comes from inside.”

Let us know your thoughts in the comments below. Do you trust 343 Industries to keep the Halo experience unique, or have they succumbed to the pressure of current shooter trends?