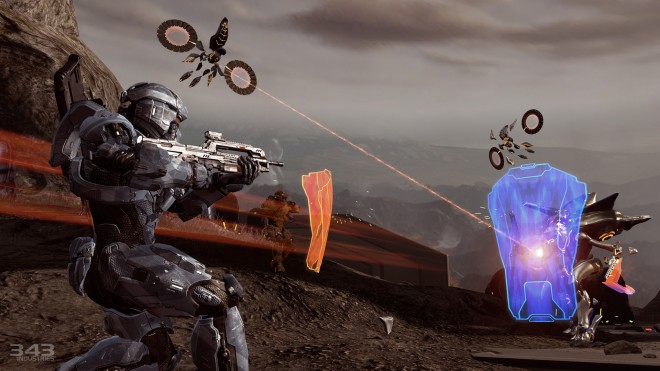 “When we launch Halo 4 in November, that’s just the beginning,” he recently told IGN. What on Earth could he be talking about, you ask? Something that 343 Industries has kept secret to this very day.

This November 6th, Halo 4 will introduce a brand new concept to the multiplayer of the series called Specializations – 8 different mini-classes that include their own unique set of abilities. However, these abilities will not be so easily acquired. According to Ellis, “Specializations are just another opportunity to make the play experience months and even years after release feel fresh.”

Upon choosing a Specialization, you’ll be granted the chance to earn an extra 10 levels’ worth of unlocks. This essentially involves earning 9 different levels of armor customization (purely cosmetic), including armor skins, weapon skins, emblems and a visor color. Now, the good stuff happens at level 10 where you earn a special perk, or “mod” that will actually affect gameplay in certain ways. Also, these mods and customizations can be carried over into the Spartan Ops.

Ellis goes on to detail these 8 different perks and specializations that you can start thinking about striving towards – two of which will be available from the get-go. All eight will be available on day-one for those who purchase the Halo 4 Limited Edition. 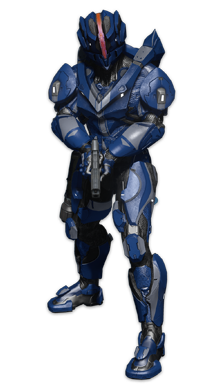 “When someone’s using Promethean vision, they show up on screen as a big red figure,” Ellis explains. “With [the Wetwork mod], you still show up, but the only thing that shows up is your outline.” Additionally, “…when you sprint, it adds some sound dampening so you don’t make as much noise when you sprint.” However, fear not. Ellis made it clear that “you definitely still show up on radar…” 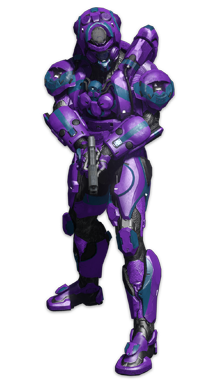 Quite simply, as a Pioneer, you gain more XP with the Fast Track mod. This should hopefully help ease the grind to those final levels. Ellis stresses, however that this ability will not be so easily exploited. “You can change loadouts mid-match, but we put fail-safes in. For Fast Track, you only get extra XP for the amount of time you were using it. You can’t just turn it on right at the end of a match and think you’re going to get extra XP for everything you did in a match.” 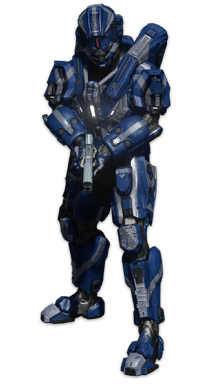 As an Engineer, you’ll have the ability to anticipate when and where ordinance drops on the battlefield with the Drop Recon mod. “A couple extra seconds before everyone else sees the [drop] coming down, the Engineer is gonna get a heads-up,” Ellis explains. “Based on the distance to the weapon, you can get an arrow pointing you to where the nearest timed ordinance drop is coming in. It extends the range of those popping up on your HUD.” 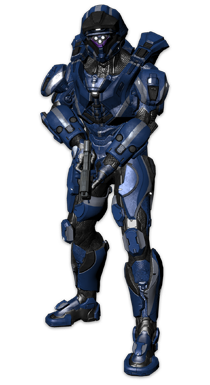 Trackers, while unable to anticipate a drop, do get a second chance to re-roll any ordinance that they receive, allowing for a second chance at earning the good stuff. “When you get an ordinance drop, you get a choice of some grenades, a weapon, and a power-up,” Ellis explains. “What this allows you to do is essentially re-roll. So if the three choices that you have don’t suit your play style, you get a chance to re-roll and get an all-new selection.” 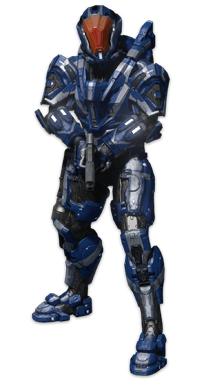 With their Stability mod, Rogues are masters of weapon control. Ellis recalls, “in past Halo games, when you’d be zoomed in and take a shot, you’d be taken out [of your zoom].Now it’s not necessarily the case. As you’re taking shots [with the Stability mod], it allows you to keep your reticule more stable.” Additionally, this mod also increases hip-fire accuracy. 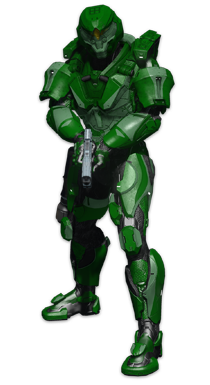 Stalkers are granted the Nemesis mod which basically “pops up on the HUD an icon of the last person that killed you.” Simple and effective! 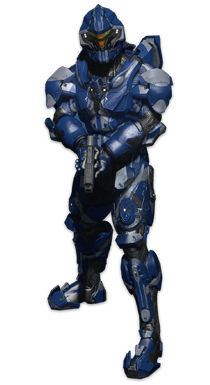 “If you like grabbing turrets, this will make you a little more powerful than you would be otherwise,” explains Ellis. The Pathfinder’s Gunner mod reduces cool-down on vehicle weapon overheating and give you that extra bit of speed when wielding a detached emplacement. 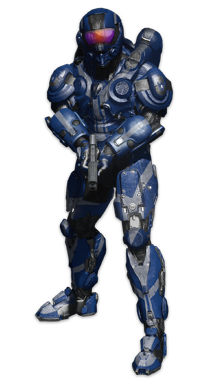 With the Operator’s Wheelman mod, you’ll be more resistant to EMP pulses that freeze your vehicle and will also be granted faster vehicle health regen. Ellis details, “in the past you’ve been able to use an EMP pulse to freeze a vehicle. This [mod] gives you a bit of a resistance against that. It won’t necessarily stop you in your tracks [anymore]. This also allows you to recharge the health of a vehicle a little faster. It won’t be fast, but if you can get out of harm’s way, you’re going to recharge the vehicle’s health faster than you would otherwise.” He adds that “you’re going to be rewarded a lot more for [driving well and getting assists] than you were before. We’re going to encourage people to want to be the driver.”

Though all these new Spartan IV armor customizations sound pretty sweet, there are those who will always prefer the more classic look. When asked if the MJOLNIR Mark V look from Halo 1 would ever return, Ellis teased, “I will say that if you’re a fan of nostalgia, we’ve definitely included some options that will scratch that particular itch.” But that’s not all. He concludes, stating, “we definitely have some secret [armors] up our sleeves.”

That about wraps up what you can come to expect from this unexpected new multiplayer addition to the Halo series. What are your thoughts on it so far? Which Specialization sounds right for you? Let us know in the comments below!

Thanks, AllGamesBeta, for the images.