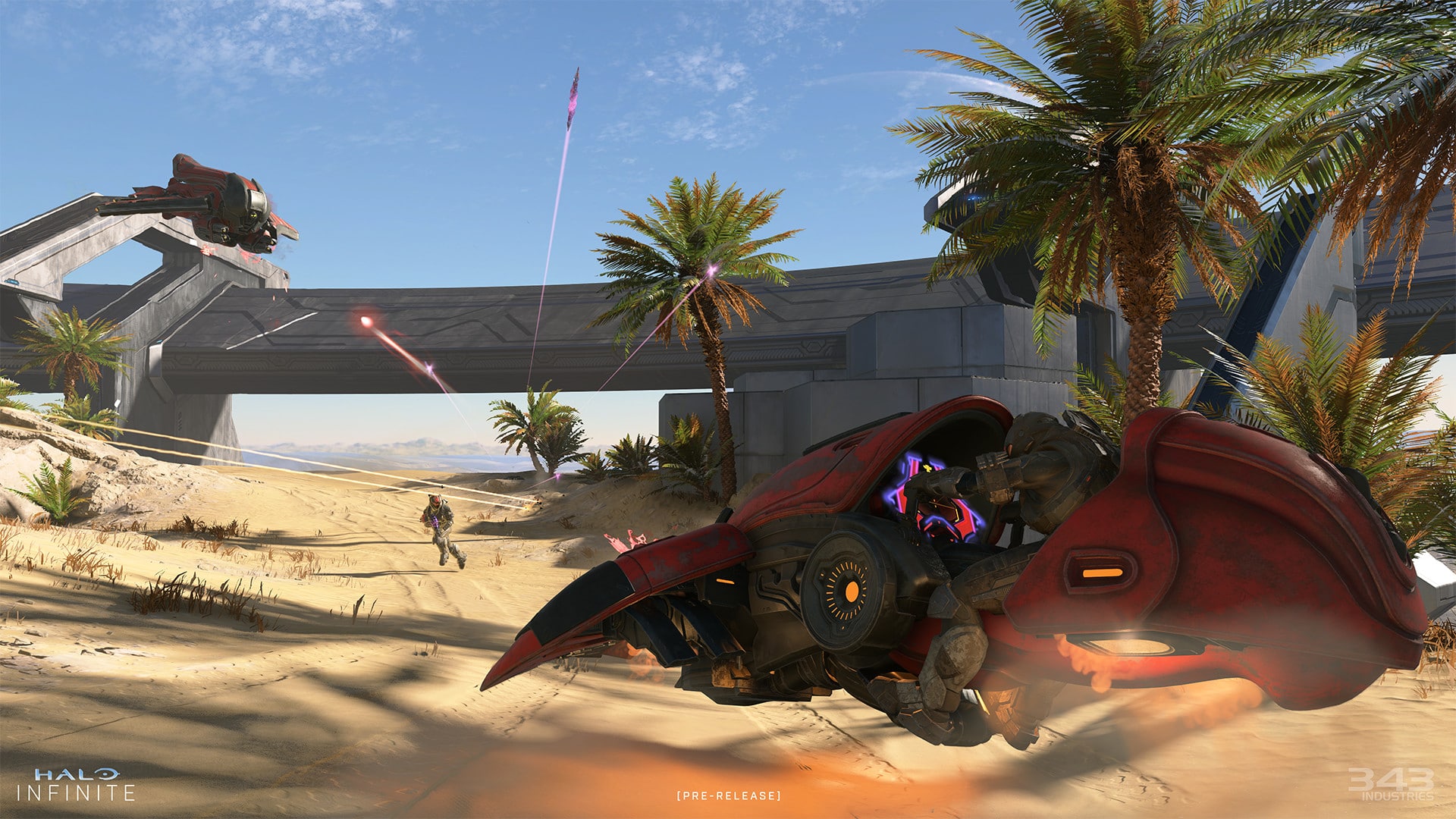 Following their long holiday break, 343 Industries have announced their return to work on Halo Infinite, and in their first ever update post the studio have addressed the Big Team Battle issues that are being experienced by a lot of players. In the update post, 343 mentions that fixing these issues are being worked on, with a hotfix patch set to come out in the near future.

In the meantime, we want to first and foremost provide a situation update on the state of BTB in Halo Infinite. As you know, we’ve been dealing with some frustrating issues with BTB nearly since launch and despite a few attempts at solving and mitigating before the holiday break, we were not able to get this fixed. While BTB has remained playable, there are matchmaking issues that increase with more players and larger fireteams have a low chance of successfully joining into a game together.

A strike force continued to work on this over the break and we’re optimistic to say we believe we have a fix in hand for the core issue. This went into QA last week and so far it’s looking positive – we are not seeing this issue occur internally using this build.

Next steps are to continue testing and then move into the certification process as we prepare to release a hot fix / patch for this issue. It’s a little too soon to give an ETA yet but please know our goal is to release this as soon as we can while ensuring it doesn’t have any other unintended impact to the retail product. It won’t be this week, but we hope it’s not too much further out and we’ll share an update as soon as we have line of sight on a release date (once we clear ‘cert’ we are then ready to ship).

There you have it. It would appear that 343 is hard at work at addressing these issues, although as with everything some fixes may take some time to ship. However, this did not stop some members of the game’s Reddit community to speak out against this update blog, with a notable number asking 343 some news on one of the biggest issues currently plaguing the game: desync issues.

A lot of commenters seemed to agree, with many also calling out the fact that cheaters will not be addressed until February at the latest, meaning that players will have to deal with these issues for a few more weeks.

In the meantime, check out our review of Halo Infinite here, where AJ wrote, “All in all, Halo Infinite is a worthy entry to this legendary franchise. That is an achievement by itself. But what I really appreciated is the fact that 343 took risks. These risks are things that could have completely soured the experience and turned away even the most diehard fans of the franchise. In the end though, those risks paid off. Infinite is in my opinion, 343’s best Halo title yet, and I couldn’t be more excited to see where it goes from here.”

#SaveRedDeadOnline Goes Trending After Players’ Criticism of Lack of Content