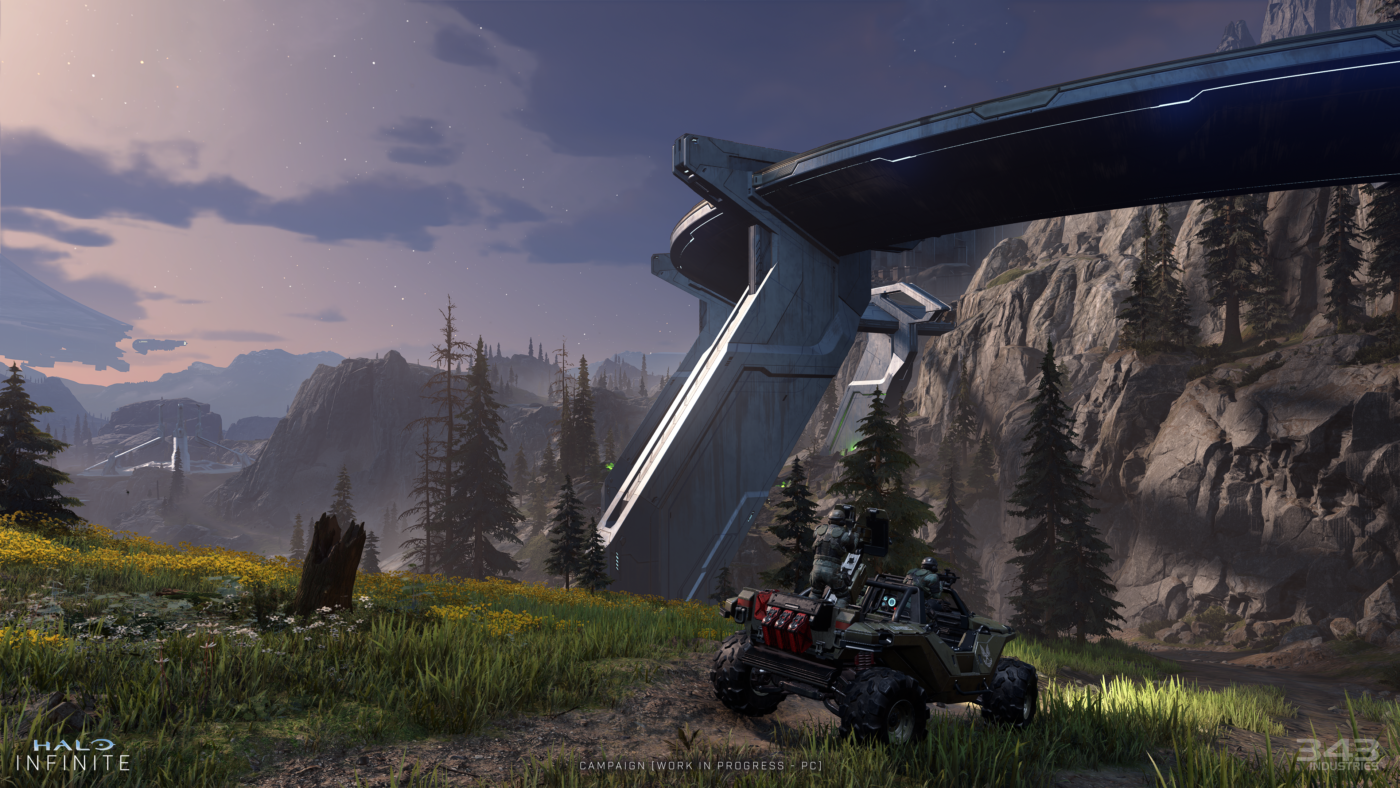 In the latest “Ask343” session by 343 Industries for Halo Infinite, the studio has released some rather significant news when it comes to both the single-player campaign, and the multiplayer portion of the upcoming shooter.

For starters, 343 went into detail regarding the Halo Infinite day/night cycle, and how it’ll affect enemies players will face in the campaign! In addition to that, there’s no wildlife that will attack players (bummer), though players can expect to see some different species along the way.

You can check out the complete episode below, or read up on some of the choice info we’ve listed below thanks to Reddit user IntrinsicGamer.

CONFIRMED: There is no hostile wildlife in the game at the moment. There are apparently some cute “space gophers” though, so that’s cool. There is wildlife that is bioluminescent that appears at night.

One thing that won’t be in the game is weapon upgrades, as 343 thinks this is a “rabbit hole” that would distract players from the game’s main campaign.

CONFIRMED: Weapon upgrades were toyed around with as an idea for the campaign for customizing them and such, and they felt it was a rabbit hole, but the game veered too far away from what Halo is about, so they decided to take a “different avenue” in things you can progress. You are able to upgrade equipment items you unlock throughout the game, and there are “cool weapon variants” you can find and unlock in the game.

More stuff confirmed is how dual-wielding is NOT in the game, and how players should not expect playable Elites, too.

CONFIRMED: There are no playable Elites (sadness) being supported because “this is a Master Chief and Spartan story.” They did say “never say never” to that and that we may see them one day in the game.

When it comes to multiplayer, players will be only to hold one piece of equipment confirmed.

CONFIRMED: You can hold only one piece of equipment in Multiplayer, and it is currently a “use it and it is gone” sort in the Multiplayer. They do, however, want to implement tools so that you can change this in custom games to allow multiple pieces of equipment to be used at once.

There’s more info shared, which you can watch below, or read through it all here.

In other Halo Infinite news, a secret audio log has surfaced hinting at the game’s story. Make sure to check out these screenshots as well, which showcases how well the game looks now compared to the initial gameplay reveal.