Chalk one up for Master Chief and friends as Microsoft has just announced an impressive milestone reached by the Halo series as of today.

Having stood at 46 million copies sold before the launch of their latest entry, it suggests that Halo 4 has netted the series an additional 4 million copies sold. In terms of sales, Halo 4 generated $220 million in only its first 24 hours of release.

In other Halo news, Microsoft has announced a new free-to-play Halo 4 tournament beginning December 17. The “Halo 4: Infinity Challenge” will pit players against each other on global leaderboards across both the War Games and Spartan Ops modes for a chance to win prizes like a UNSC-themed 2013 Ford SVT Raptor or a 2 minute appearance in the next Halo title. 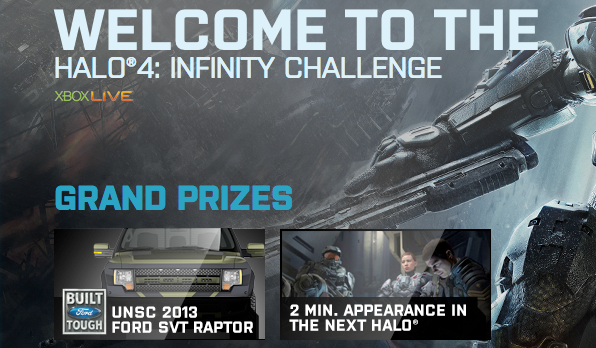 You can check out the full tournament details right here.