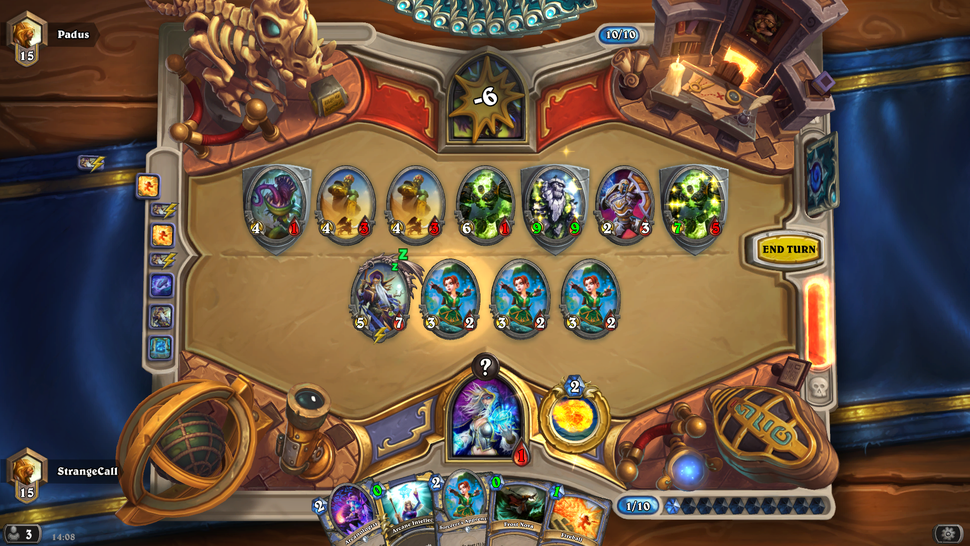 The fans have spoken, and Blizzard has listened. The studio will be chucking out the “synergy” system it implemented in last month’s changes to Hearthstone’s Arena mode after fans voiced out that they didn’t like it.

In Arena mode, players pick between one of three random cards, which they keep on repeating until they have a full 30-card deck. Last month, as part of the Knights of the Frozen Throne expansion, Blizzard implemented a system where your options for the first two cards to be picked are limited to a smaller pool of “synergy cards.”

Over on the Hearthstone subreddit, Blizzard developer Mike “mdonais” Donais posted that the Hearthstone Arena synergy restriction will be removed, though not in the upcoming Balance patch, but the patch after that.

Comment from discussion Anyone else tired of Auctioneer, Book Wyrm, Devilsaur Egg as their first choice in Arena?.

This won’t be removed in the Balance patch as that was added as a quick bonus patch.

It will be removed in a patch after that though.

Definitely a step in the right direction for Blizzard. Glad to see them listening to the community if everyone is in agreement on something that needs to be changed.