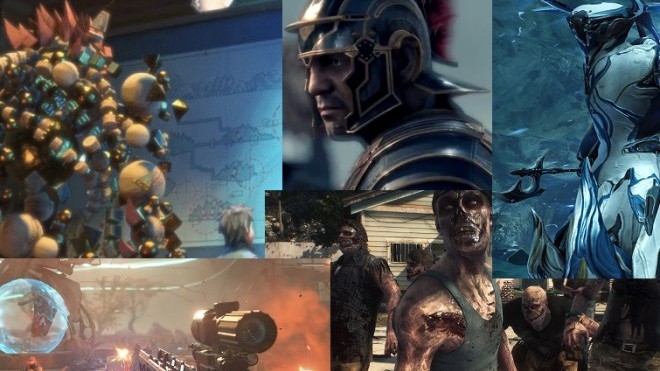 List of Current Xbox One and PlayStation 4 Launch Titles, Exclusive and Multi-Platform

Enjoy what’s left of the Summer while you still can. Fall is coming and, with it, the next generation of console gaming. Not only are the big boys like Microsoft and Sony debuting their brand new home consoles, but some of the year’s biggest titles from franchises like Call of Duty, Battlefield and Assassin’s Creed will be tugging on your shirt for your attention and hard-earned dollars.

It’s easy to get caught up in the current flood of next-generation news, rumors, and hype surrounding features, policies, tech specs, and whatnot, but we all know that at the core of our excitement are the games. So, what exactly can we look forward to this fall when it comes to launch-titles?

A contributor over at Forbes recently rounded up the current line-up of launch titles, both exclusive and multi-platform, that we can expect to get our gamer hands on when the Xbox One and PlayStation 4 drop later this year. Let’s take a look at what’s currently on the table, keeping in mind that more launch-titles may be announced during Gamescom later next month in August.

Microsoft is launching the Xbox One this November with a line-up of Kinect-heavy titles, including games in the zombie, racing, fighting and action-adventure genres. It’s a little sad to see an Xbox launch without the presence of Master Chief (Halo), or any noteworthy first-person shooter, for that matter, but that doesn’t mean gamers won’t be getting their FPS fill this October/November. What excites me the most is to see how/if “The Cloud” and “Kinect 2.0” will enhance my gaming experience in games like Forza Motorsport 5 or Killer Instinct, as well as to see the capability of the CryENGINE 3 on the Xbox One in Ryse: Son of Rome. The Xbox One’s launch-titles are:

Sony’s line-up of launch titles features a heavier focus on free-to-play with titles like DC Universe Online and Warframe (which reports suggest may now be coming to the Xbox One as well). However, both aforementioned titles are also available on the PC, leaving only three true launch-exclusives on the PlayStation 4. Unlike the Xbox One, the PS4 is arriving with it’s very own flagship FPS, Killzone: Shadowfall. Also, Knack appears to be an eye-catching action-adventure title that will be showing off the Unreal Engine 4 for the first time on a console. The PlayStation 4’s holiday season launch line-up includes:

If you find both the Xbox One and PlayStation 4’s launch-title line-ups a tad underwhelming, there are some big-hitters in the multi-platform department that are sure to grab your attention. Needless to say, we’re super pumped for Battlefield 4 and Call of Duty: Ghosts, but Ubisoft has got some impressive projects in the works with Assassin’s Creed IV: Black Flag and Watch_Dogs as well. Sports fans also have four Major titles to look forward to with FIFA 14, Madden NFL 25, NBA 2K14 and NBA Live 14. Check out the current list of multi-platform launch titles:

What games will you be throwing into your shopping cart day one of the Xbox One or PlayStation 4’s release? Remember to check back next month when we’ll have more details on any new announcements from Gamescom.