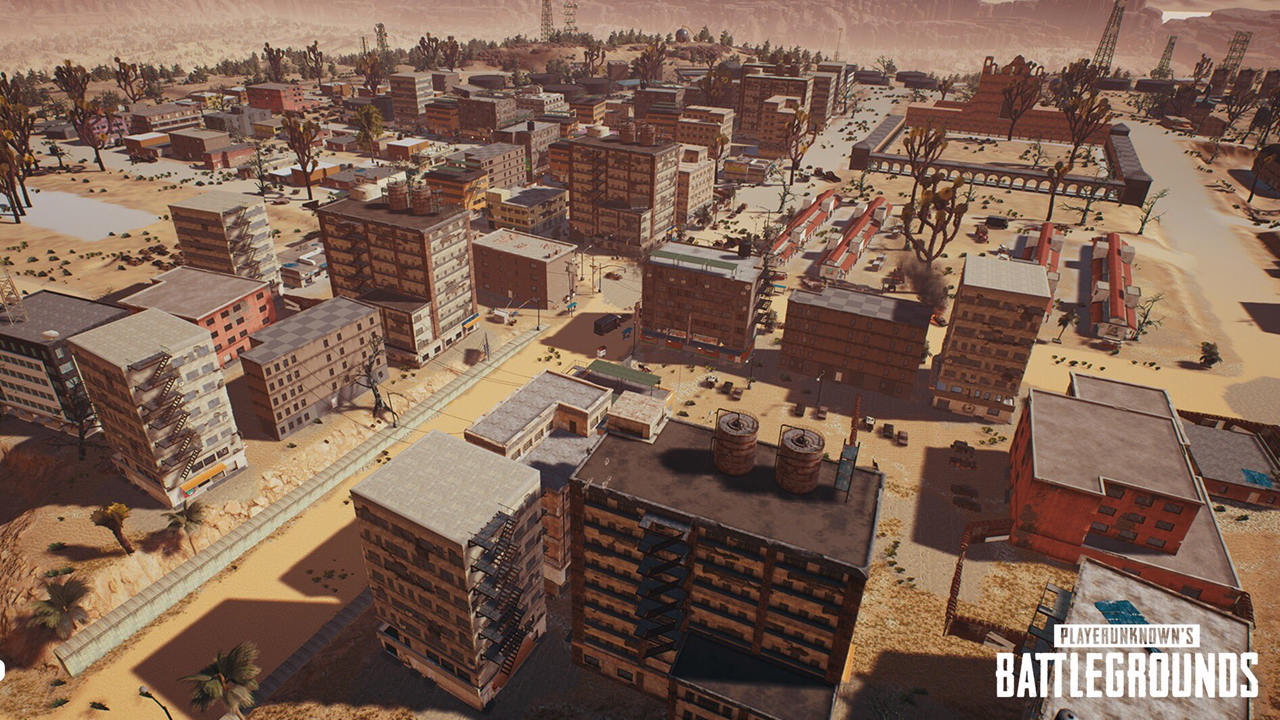 Erangel is the only available map currently available in the game, and sure it’s massive, but a change of scenery would be nice after spending hundreds and hundreds of hours playing.

Other players seem to feel the same way, pushing for more information about any upcoming map additions. Happily, during their gamescom 2017 keynote, developer Bluehole released a new work-in-progress image of their upcoming desert map. It was then tweeted out and is viewable below.

ICYMI I revealed an early WIP look at the city on our new @PUBATTLEGROUNDS desert map at my @gamescom keynote! pic.twitter.com/9TE3nxj8T1

This is a shot of the city area, and wow it looks absolutely crammed full of buildings. I can see a lot of hiding spots and opportunities for sneaky plays, but also room for intense gunfights as players move from cover to cover.

Heavily built-up areas are notorious within the PUBG community, as they can cause the game’s frame-rate to chug. I imagine anyone with a mid- or low-range PC is feeling a little anxious about parachuting into that area…

Of course, the map is still being worked on, as is PUBG‘s level of optimization. Here’s hoping it plays great!

What do you think of how the new desert map is looking? Happy about this environment, or want to see something different? I’m hoping a snow map is next!

The original Erangel map is also being targeted for some drastic changes, with the developer wanting to “sort of remake” it!