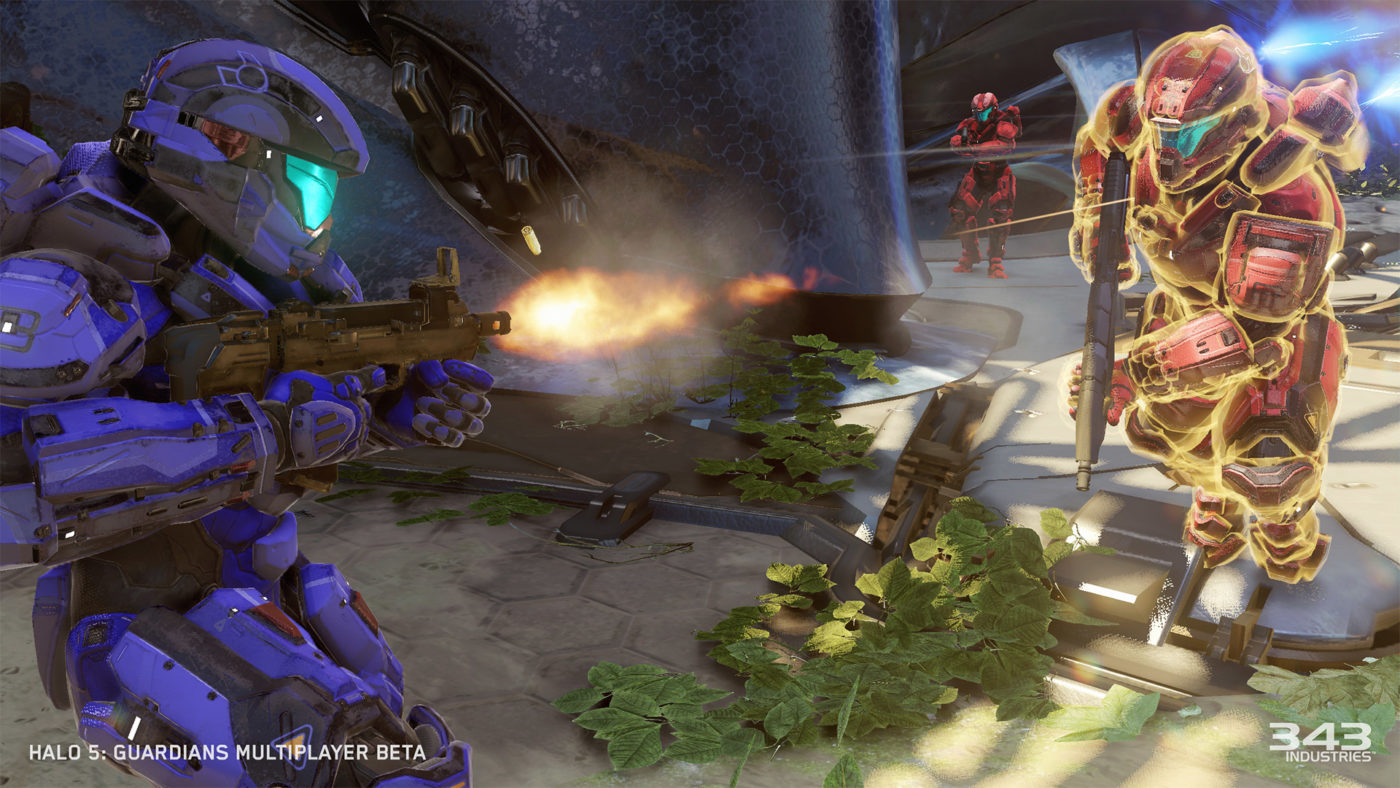 One month since the close of Halo 5: Guardians‘ Arena Multiplayer Beta on Xbox One, developer 343 Industries is now sharing what sort of impact its players will have had on the final product, launching later this year.

In a recent blog post on HaloWaypoint, Executive Producer Josh Holmes presented a lengthy list of work-in-progress tweaks and changes, all the way from matchmaking to weapon tuning.

“We felt it was crucial to get [Halo 5: Guardians] in the hands of fans early to ensure we have enough development time to react to key learnings and deliver the best possible game when we release later this year,” Holmes wrote. “This represented a shift for us as a team and a studio by sharing the development process with our community and having you help shape the game.”

Before getting into the nitty gritty, Holmes shared a few interesting stats about the beta in this handy info-graphic: 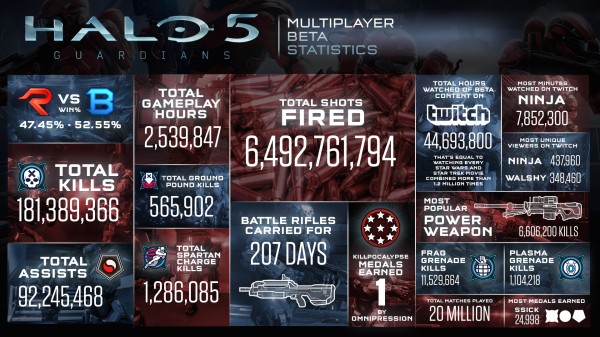 He then went on to hit on one of Halo 5’s more controversial elements: Spartan Abilities.

“The results from the HCFP surveys showed that nearly 11% of HCFP participants felt that Halo should not have sprint,” he explained. “It is important that we continue to evolve Halo multiplayer while ensuring that legacy Halo players feel right at home. As a result, I’m happy to say that we will provide toggles in custom games so that sprint and the other Spartan Abilities can be turned off.”

In addition, here are a few other tweaks the studio is making to Spartan Abilities and basic gameplay:

Equally a hot topic in the Halo community is the introduction of Halo 5’s Smart-Link system, allowing players to quickly zoom in with any weapon the game has to offer. Based on feedback, here’s what 343 is changing with regards to weapon handling:

In addition, the new Hydra launcher will also be getting a few improvements “to make it more effective out of zoom and ensure that it feels like a true power weapon,” said Holmes.

Those who found Halo 5’s end-of-round Spartan animations a tad distasteful will be happy to hear that these final sequences will “feature considerably fewer chest bumps and high fives,” in the final game.

Other presentation improvements include:

A number of players also took issue with the beta’s Competitive Skill Rating, which Holmes stated was perceived as unfair to more skilled players who might end up losing matches due to less skilled players.

While Holmes sayid the studio is inclined to stick to its philosophy “that in a team sport the only thing that should matter is wins and losses”, the dev team “will continue refining these bonuses & penalties to reflect the difficulty of each match.”

Meanwhile, here’s what’s on the chopping block for competitive play:

Matchmaking is also being looked after. In the beta, Holmes explained that matchmaking was based on balance between skill level and matchmaking speed, though the in-game product wasn’t quite up to 343’s standards. “We need to balance these factors carefully and for beta we weren’t satisfied with the balance that we achieved,” he said.

Here’s what’s currently in the works:

“Looking back, this beta has been an amazing gift for us,” Holmes stated in conclusion. “The feedback we have received from all of you has been invaluable in helping us to improve our game. On behalf of the entire Halo 5: Guardians team, we thank you for your support. We absolutely couldn’t do this without you. I hope you enjoyed your first glimpse into the future of Halo multiplayer and look forward to sharing more with you in the months ahead.”

Based on your thoughts of the Halo 5: Guardians beta, how do these improvements sound to you? What other changes would you make, or are you pretty satisfied with what 343 has panned?