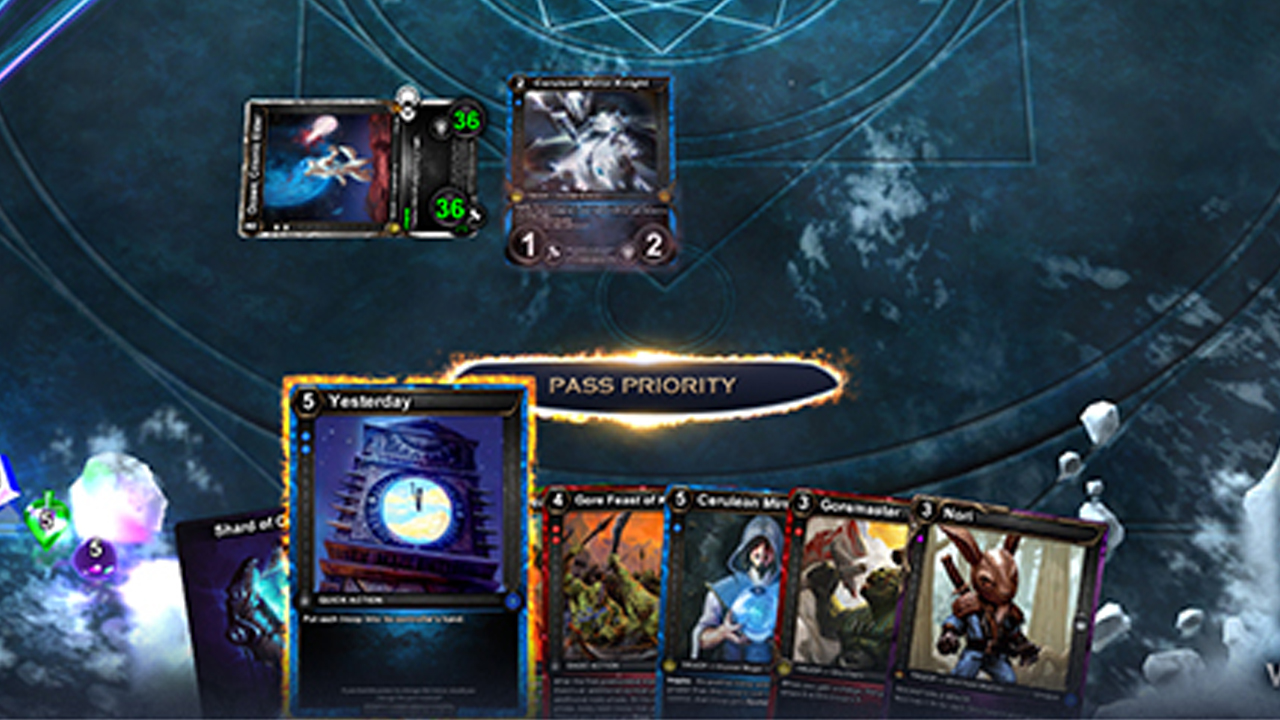 Hex has received a huge update on both PC and PS4. The “Dead of Winter” patch brings over 300 news cards to collect (over 240 on PS4), five new champions, and lots more.

Give the PC patch notes a read below (and catch the slightly different PS4 patch notes here):

DEAD OF WINTER IS NOW AVAILABLE!

Over 300 new cards to collect!

The Champion Puck and Balthasar has been renamed to Balthasar the Elegist. Its art has been updated and it now has the type line of “Satyr”
Armies of Myth and Primal Dawn cards are no longer legal in Standard Constructed

Updated the art for the choice cards associated with Illuminate

Coralcove Witch’s deploy ability now resolves in the correct order when being played in response to a trick.

Kismet’s Dice now properly evaluates the cost of cards with X in the cost.

Runes are no longer triggered more than once when drawing multiple resources simultaneously.

Frostheart champions have been modified to improve limited gameplay:

Puff the Rainbow – 5 charges to use

Tork Slamstyx – 5 charges to use

Runecarver Darcon – 4 charges to use

Yarna of Lost Voices – Plus 2 health

Grish’xal the Profane – Plus 2 health

Bar’dak the Butcher – Plus 2 health

Sleeve selection interface has been updated

Card hyperlinks in the talent tree now function as intended

Will you be giving the new Hex update content a go? Let us know.

Need for Speed Payback Update Increases In-Game Rewards, Is “Phase One” of Changes