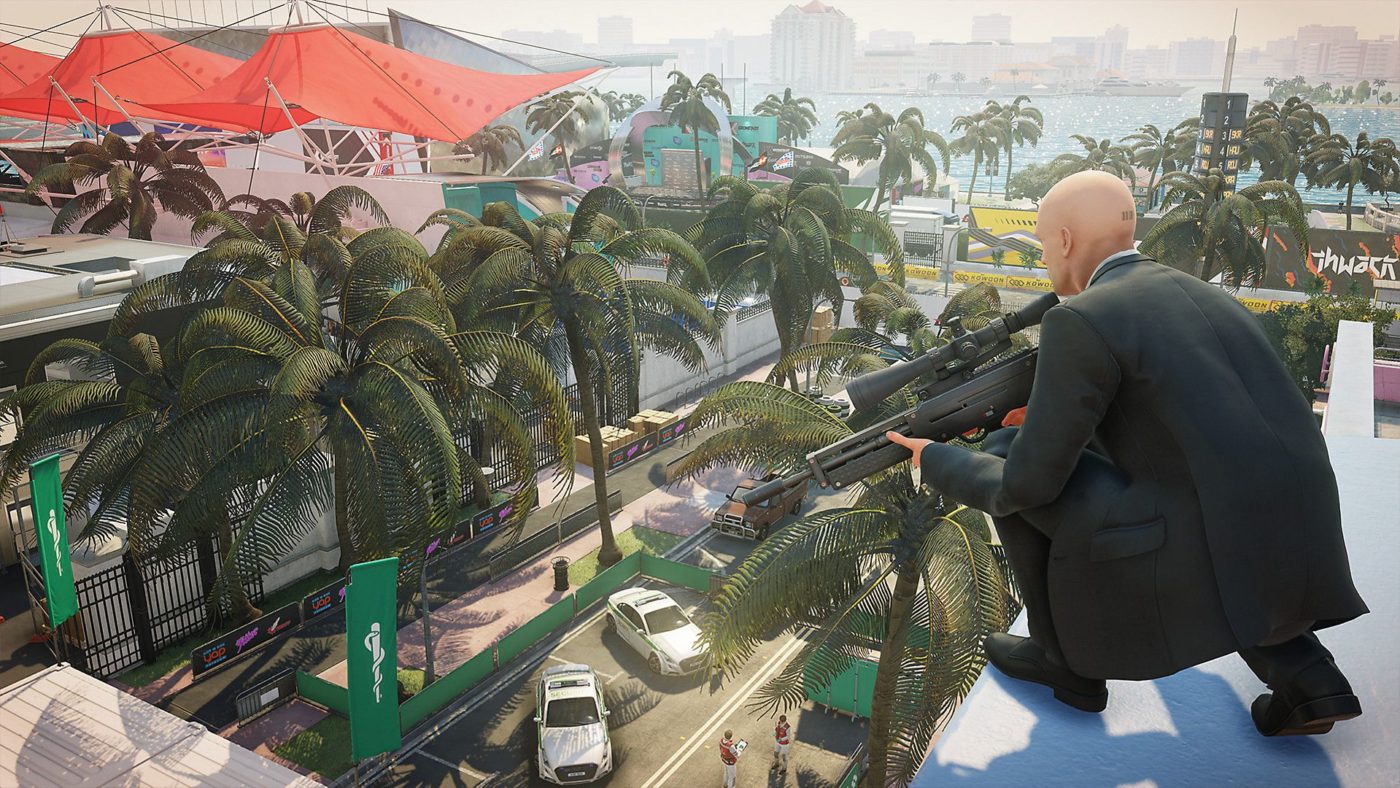 Those looking for more assassinations and new targets in Hitman 2, IO Interactive has revealed the Hitman 2 April content calendar, and there arenew contracts, targets and more! 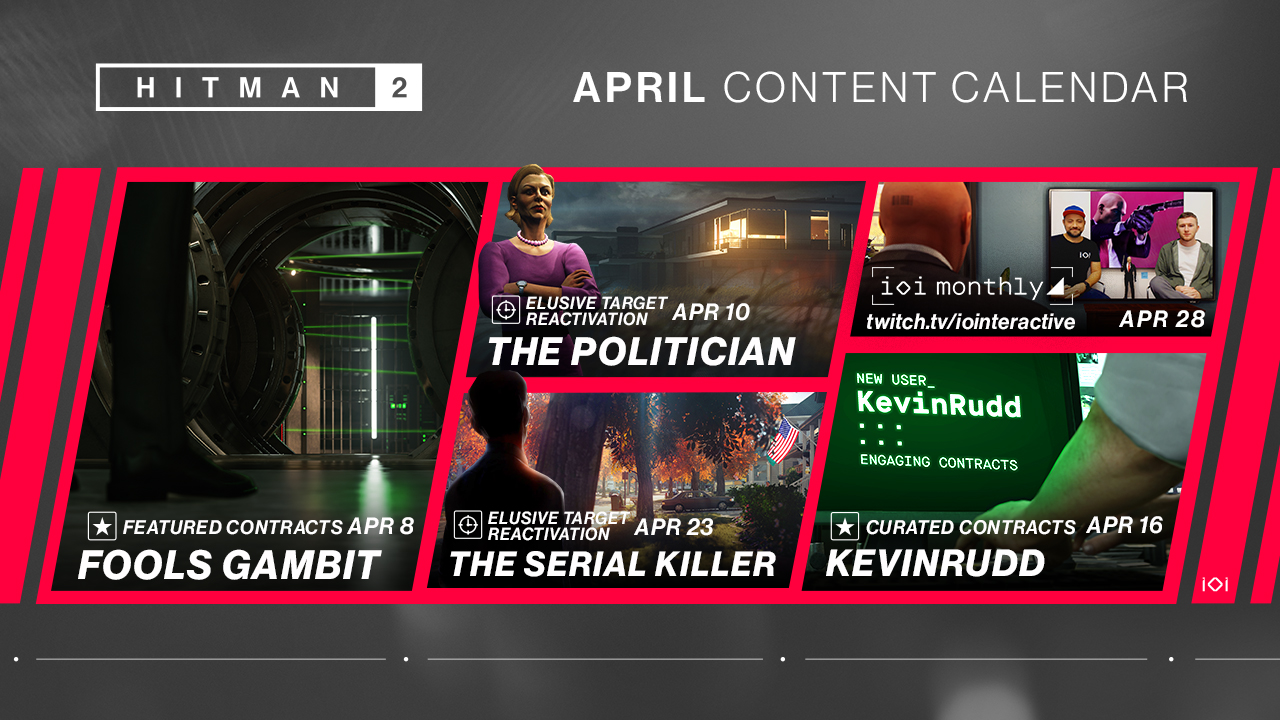 Featured Contracts – Fool’s Gambit
You make great contracts, and we put them in the game for everyone to enjoy. If you’re up for the task, jump on over to the Official Submission Thread. This month’s theme is based on April Fool’s Day and we look forward to seeing exactly how you adapt that into a Contract idea.

Elusive Target Reactivation – The Politician
Your target is Dame Barbara Elizabeth Keating a New Zealand tycoon and the former Minister of Trade and foreign affairs. Her recent actions have forced her to employ a body double, so stay sharp to identify the correct target.
You may only have 1 target, but 10 days of opportunity to complete the contract.

Curated Contracts
Our Curator for April is KevinRudd! He’s a well-known figure on Hitman Forum and Reddit. He’s a very creative soul and often creates humorous, mindpuzzling contracts and shares stylish screenshots. You could say he’s an Ansel master! Look out for his contracts in-game on April 16.

Elusive Target Reactivation – The Serial Killer
The identity of this target is currently unknown, but the recent discovery of two new victims indicates he’s now using Whittleton Creek as his new hunting grounds. Your task is to take him down and you have 10 days to do it. You’ll earn the Suburban Suit with Gloves for successfully completing the mission.

Finally, IO Interactive has mentioned that the last IOI Monthly stream was stuck at #13, and last month’s stream was postponed due to the COVID-19 pandemic. For now, the studio isn’t sure how episode #13 will unfold, bt they are working on something.