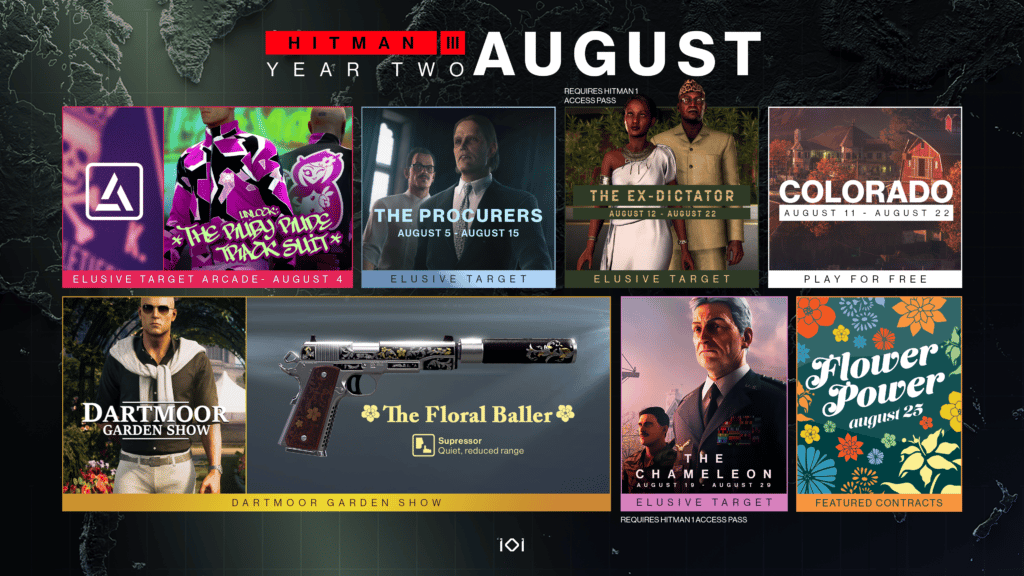 IO Interactive has revealed the Hitman 3 August 2022 roadmap. This seems to be a very exciting month with 4 new Elusive Targets, a new Dartmoor Garden Show with its own reward, new location rotation, and more!

On August 4th players will be able to play The Dyads and the Diabolicals Elusive Target Arcades.

The Dyads Arcade will consist of the duos: The Deceivers, The Procurers and The Surgeons. In The Diabolicals you’ll take on The Serial Killer, The Heartbreaker and Mr. Giggles aka The Entertainer.

When you complete one of the two new Arcades you’ll unlock: The Ruby Rude Track Suit. Get comfortable in this urban, pink and black patterned track suit, with state-of-the-art white sneakers to match. Perfect for that casual hit. 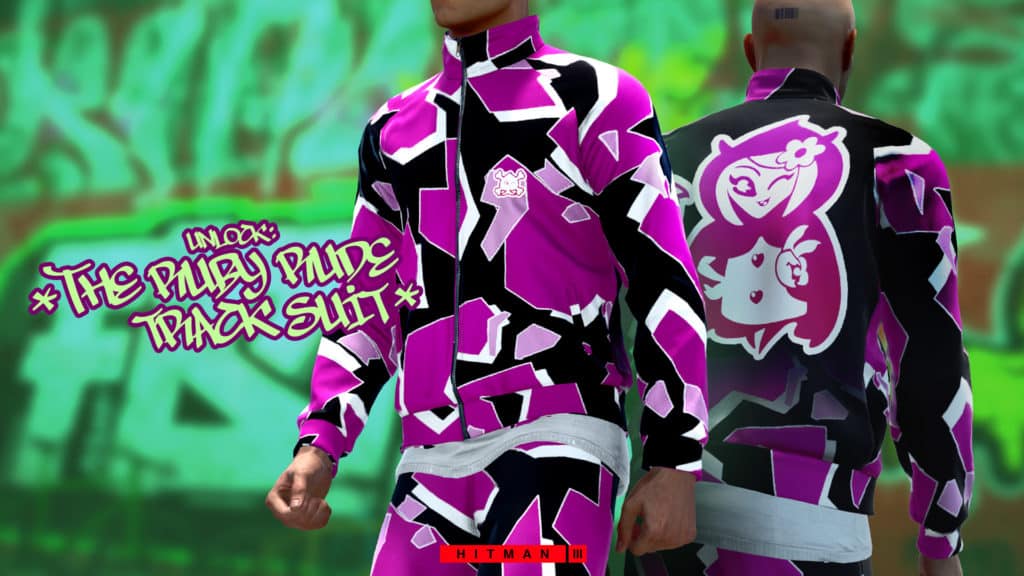 Dinner is served! The Procurers are back in Dartmoor with their luxurious cuisine. Your two targets are Jack Roe and Robert Burk, they travel the world as the iconic duo The Procurers. They each have unique talents; one is a famous chef behind some of the world’s most innovative cuisine. The other is an embalmer.

Together, they’ve forged an unusual bond and made some powerful enemies. That’s where you come in. From August 5, you’ll have 10 days to make sure they serve their last supper. Bon Appetit.

We’ve added a new challenge with a beautiful new unlock on the Dartmoor Garden Show. And it’s one the florist will envy you for. Come prepared to the Garden Show, with this beautifully floral decorated, silenced handgun. If death was on show, this would surely be the winner. The Floral Baller will be yours to unlock on August 11th on the Dartmoor Garden show. Free Starter Pack Players will be able to experience the Garden show starting August 11th and through August 31. 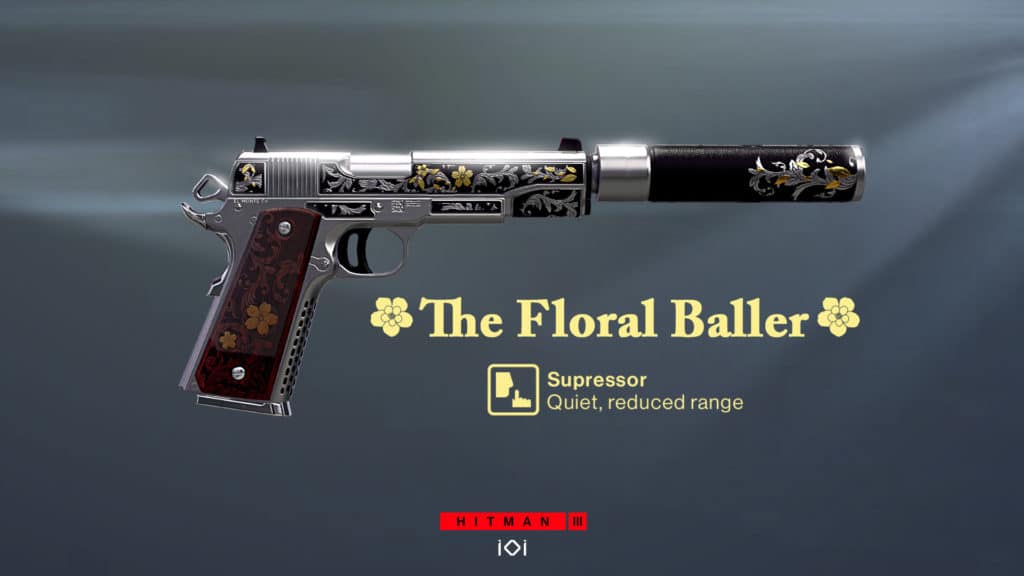 An abandoned apricot farm in Colorado is your next destination on our free location rotation. With the Rocky Mountains as the backdrop, this hostile location is a front for a militia training camp – and it’s a tough one, so bring your A-game. HITMAN 3 owners and Free Starter Pack players can enjoy this location for 10 days, starting on August 11.

Richard Ekwensi and his wife are back in Bangkok starting August 12 for 10 days. Ekwensi better know as known as the Ex-Dictator and his wife Ines aka “The Gold Digger” are at the Himmapan Hotel in Bangkok, they’re enjoying a casual stay at the hotel conducting some shady meetings with former partners. They’ll not expect you, so use this to your advantage and take them off guard.

It’s time to find your best “oops that wasn’t me“ skills – because you’re going to need them for this Elusive Target. The Chameleon is back in Colorado, where you’ll need to identify him and make sure the entire thing looks like an accident.

It’s time to find your inner florist and get creative once again! In these Community Created Contracts, we’re giving players the theme of “Flower Power”. How it is interpreted is all up to the creators.

How to get your Contract Featured: It can be based on a super creative briefing, a cool idea or just a plain fun contract. But bear in mind: They have to be inspired by the theme Flower Power to be taken into consideration.

Players will be able to submit their own work on the official Hitman Forum on the submission thread. This will give them a chance to get their contract featured later this month.

Once the title update for Hitman 3’s August update is out, we’ll be sure to let our readers know.