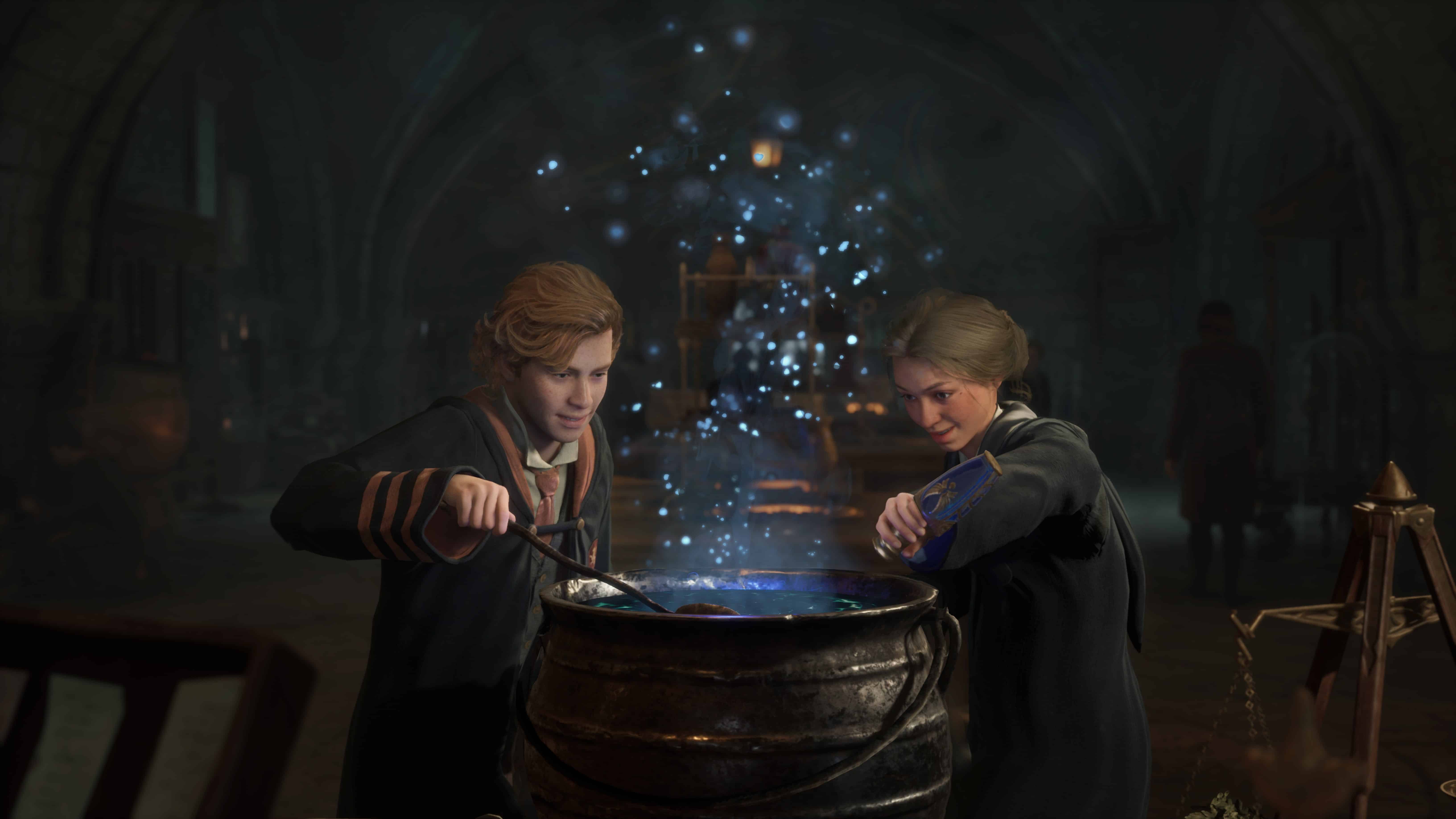 With yesterday’s big Hogwarts Legacy new gameplay reveal, it seems Warner Bros. Games has also updated the game’s FAQ to clarify some important stuff. For starters, while the gameplay overview featured different clothing items, the FAQ confirms that Hogwarts Legacy won’t feature microtransactions. It also confirms that the game will be a purely single-player affair, with no online multiplayer aspect included.

Here are the rest of the updated answers in the FAQ:

Q: When does Hogwarts Legacy release?

A: Hogwarts Legacy will release Holiday 2022.

Q: What platforms will Hogwarts Legacy be on?

Q: What is J.K. Rowling’s involvement with the game? Is this a new story from J.K. Rowling?

A: Each experience offered under Portkey Games will take place in the wizarding world and will be authentic to it. J.K. Rowling is supportive of Portkey Games and has entrusted the design and creation of the games to Warner Bros. Games and the developers involved. Her team have also collaborated with Warner Bros. Games on all aspects of Hogwarts Legacy to ensure it remains a true part of the Wizarding World experience and is in line with the creativity and magic that fans expect.

The story showcased in the game is not a new story from J.K. Rowling.

Q: What is the original story of Hogwarts Legacy?

A: Players will experience life as a student at Hogwarts School of Witchcraft and Wizardry in the 1800s as they embark on a dangerous journey to uncover a hidden truth of the wizarding world. They will grow their magical abilities by mastering spells, brewing potions, taming magical beasts and more.

Q: Can players customize their character in Hogwarts Legacy?

A: Players can create the witch or wizard they want to be in Hogwarts Legacy. They can customize their character at the onset of their adventure. As they progress, they’ll also be able to develop their own special combat style.

A: Some students at Hogwarts will become friends. As players grow these relationships, these schoolmates will become companions who can accompany players on their journey, expand their abilities and open up as players learn their stories.

Q: What are the dangerous threats in the Hogwarts Legacy?

A: The Wizarding World is fraught with dangers including creatures corrupted by a magical force, sinister witches and wizards, as well as a possible mounting goblin rebellion.

A: Yes. Players will be able to explore a fully realized Hogwarts Castle where they will attend classes, discover dungeons, secret passageways, and challenging puzzles.

A: Broom flight is a method of travel in Hogwarts Legacy and there are also broom races. Players can take a Flying class to master their broomstick flying skills.

A: Players can tame, mount and ride some magical beasts in Hogwarts Legacy.

Q: What kinds of classes will players attend in Hogwarts Legacy?

A: Players will attend classes such as Charms, Defence Against the Dark Arts, Herbology, and Potions where they will meet their professors, learn to cast spells, grow magical plants, brew potions and more.

Q: How do players level up in Hogwarts Legacy?

A: In addition to classes and spells, players will have access to a deep set of upgrades, talents and skills to aid their progression as a witch or wizard. They can complete challenges throughout the world to earn experience and level up their abilities. Magical gear can also be upgraded and specialized to increase offensive and defensive capabilities in a chosen playstyle.

Q: Can players mix and match spells in Hogwarts Legacy?

A: Mixing and matching dozens of spells in Hogwarts Legacy will let players define their combat style on the path to become the ultimate duelist.

Q: What is the Room of Requirement?

A: The Room of Requirement is an important secret of Hogwarts that helps players customize and grow their abilities. We’ll have more details to share at a later time.

Q: Does Hogwarts Legacy have online or co-op gameplay?

A: Hogwarts Legacy is a single player experience and does not have online or co-op gameplay.

Q: Are there in-game purchases or micro-transactions in Hogwarts Legacy?

A: Hogwarts Legacy does not have in-game purchases or micro-transactions.

A: Hogwarts Legacy will include accessibility features. We’ll have more details to share at a later time.

While there’s no firm release date yet, Hogwarts Legacy will fly its way out this “Holiday 2022,” for the PS4, PS5, Xbox Series X|S, Nintendo Switch, and PC.

Cricket 22 Update 1.32 Bats Out for Improvements This March 18