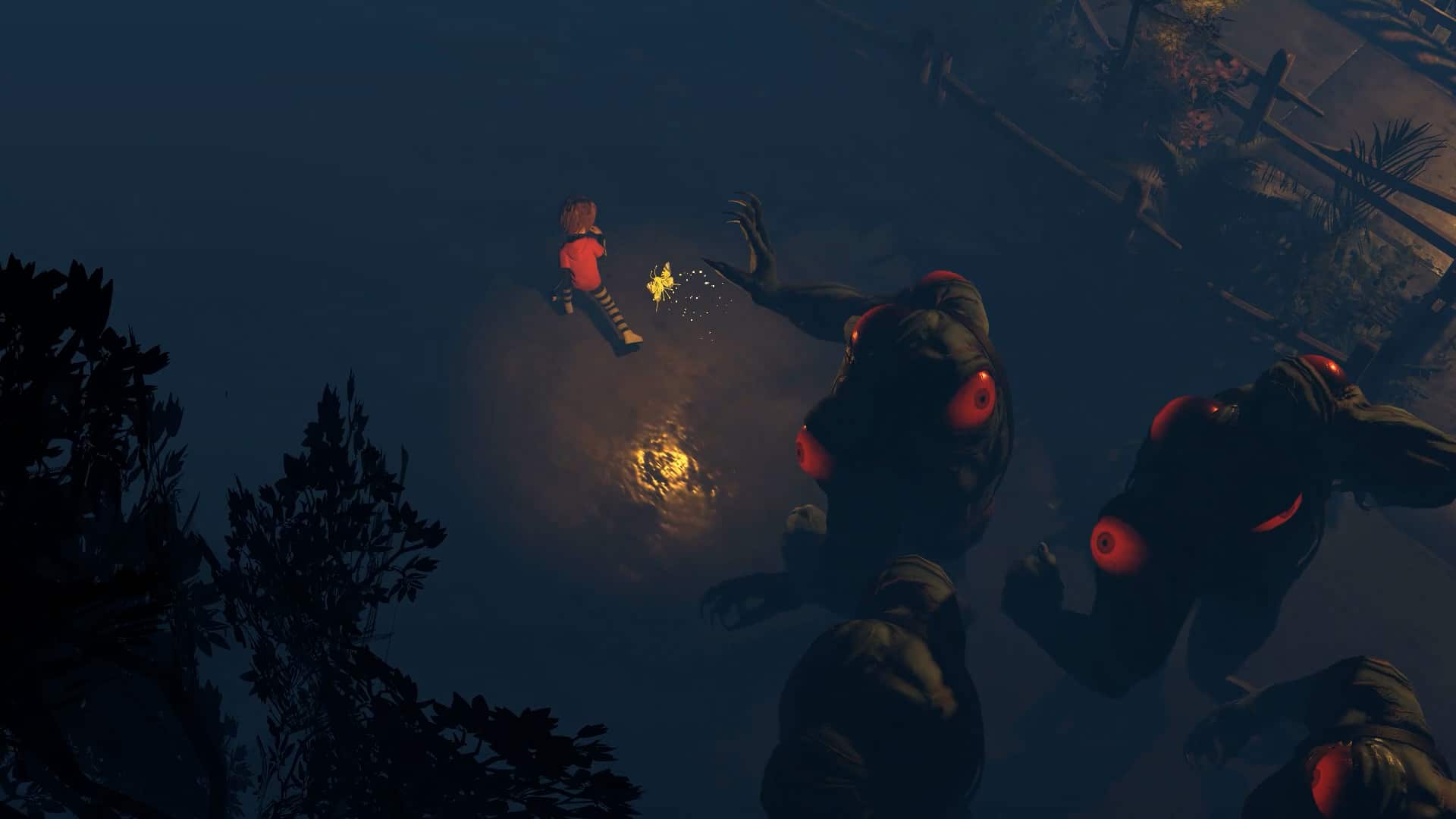 Not all horror games need to be big budget, AAA experiences to make an impact, as long as the theme and gameplay is up to snuff. This is what developer Magic Fish Studio is counting on with In Nightmare, the latest game to come from Sony’s China Hero Project, which also brought us the fantastic FIST Forged in Shadow Torch. Is this a nightmare worth suffering through or should gamers wake up? We gather, it’s best to keep that pot of coffee filled.

A Dreamworld Full of Nightmares

In Nightmare follows the story of a young boy dealing with the breakup of his family. Traumatized by the events unfolding before him, he soon slips into a deep slumber, falling into a dream reality in hopes of escaping his current one. Unfortunately for him, this is not the good kind of dream, as he finds himself having to relive his worst memories, which have warped into hellish nightmares. He must learn to face these nightmares, or forever be stuck with reliving them over and over for all eternity.

Although it can be a bit convoluted at times, for the most part, I did enjoy the story of In Nightmare. There was a lot of relatable subjects that were tackled that made it easy to understand the character, even when there weren’t any real spoken words being heard. I liked the perspective of viewing the world from a kid’s point of view, as while certain situations are understandable as an adult, the effects they have on a child aren’t quite so. It’s a bit heartbreaking at times, especially when you explore levels and learn more about the backstory via collectible notes and such.

No Light at the End of the Tunnel

On the gameplay side of things, In Nightmare sets itself as a hide and seek type of game where you navigate through dark, dimly lit environments all while avoiding monsters that are dreamt from the boy’s imagination. It’s a very simple premise, though be that as it may, in execution, it’s a bit of a hit and miss for In Nightmare.

While I loved the diverse environment, and exploring the levels for secrets and lore, being a stealth-centric title it came off rather frustrating to play that way. Monsters all have one-hit kill attacks, which is fine, but their cone of detection can be extremely wonky at times. I have had monsters look right at me and not notice me, while other times, these monsters being completely off-screen and still somehow seeing me from afar. There are tactics such as throwing objects to distract them, which I found to be a common strategy, but a lot of times I would get caught accidentally, then have to restart certain sections. Sometimes those were midway through, sometimes they weren’t, and for the times that weren’t, I almost wanted to just give up in frustration. It felt unfair in some situations, and not the hard kind, but the kind where you feel the game was being unfair. That’s not to say that I didn’t experience parts that felt great, because there are certainly some good stealth sections. It just felt more off than it should have.

As an interesting way to mix-up the stealth gameplay, you are also provided aid by a butterfly who goes by the name of Bitki. You can control Bitki and extend your view beyond what the character can actually see, which is nice because you can spot secrets, enemies, and bosses easier. Bitki also has the ability to spot things invisible to the eye, which added a nice layer to the gameplay. However, this ability functions off a meter, which could only be filled from a consumable or specific spots. There’s also an additional ability that enhanced how far Bitki can fly away from the boy that also ran off consumables. While the game had collectibles to extend that usage, I found very early on that these were essentially useless because of how quickly they drained. They felt more of a nuisance than they did an aid; to the point that I almost didn’t bother using them unless they were tied to the narrative in some way, such as following the footprints of a spirit.

Another thing I also wanted to bring up was the stiffness of the character. It’s forgiving given the budget of In Nightmare, but I found it to be a hassle to deal with during big confrontation against monsters. One specific instance I recall is being chased by a shadow monster of some sort down a number of hallways. It required quick thinking, as there were switches that needed to be flipped in order to open up gates to continue progression. At times it felt like I was wrestling with the character, as I tried to maneuver around the environment, or it felt like I was just going too slow despite going as fast as the game allowed me to go.

This resulted in a lot of deaths. In Nightmare isn’t a hard game by any means, it just has moments that feel too unforgiving because of how precise you have to be in those movements and actions. In fact, I almost felt as if I had to result to some form of cheating, as I found that you could crouch under the gate well before it was raised high enough to do so, clipping through it.

Generally, any action that would force the character to have to be quick would result in death. I don’t think it’s so much of a learning kind of experience, but more of a cross-your-finger-and-hope-the game-doesn’t-cheat-you because-you-turned-a-little-too-late kind of thing, or didn’t follow the imaginary line that would give you enough time.

If there is one clear major issue with In Nightmare, then without a question it’s the performance. Seeing that In Nightmare isn’t exactly pushing the PS5 (least there’s no reason to believe so,) it oddly performs like some sort of slideshow. The frame-rate is really inconsistent with drops immediately noticeable moments after loading into the game world. It chugs hard just from normal movement, that at times I felt a bit uneasy — enough to want to take an extended break due to the worry of getting a headache. It really is that bad, which is a shame, because the world itself is nice to wander in. It’s an issue for sure, but in the very least, one that can be addressed in hopefully a future patch. For now, a fair warning to those day one buyers out there. Another issue that was brought to out attention is there was a save breaking bug. This has been fixed, or at least I believe it has as I have not encountered it and was able to finish In Nightmare. 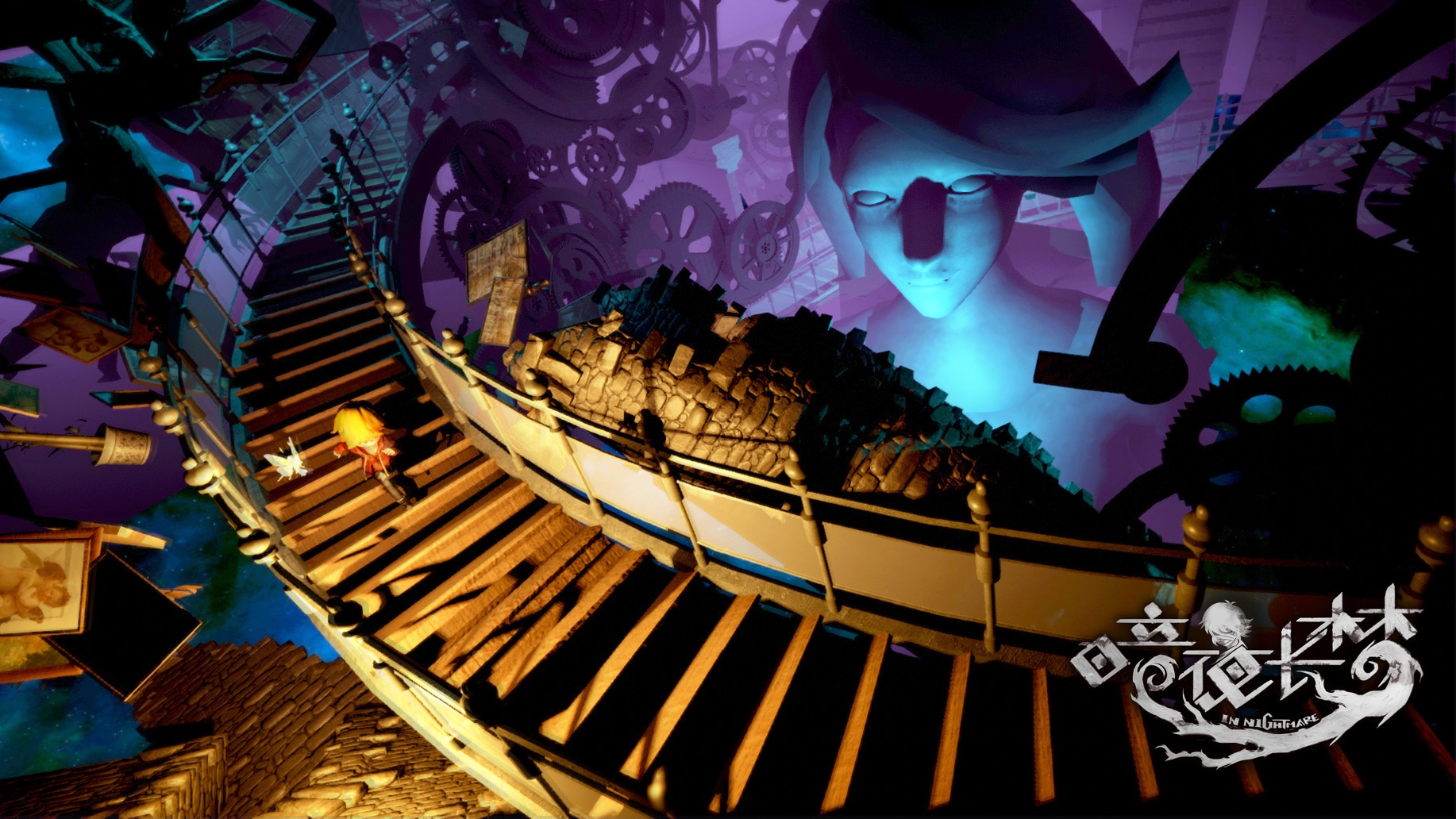 In Nightmare may provide a decent plot line with enjoyable, heartfelt moments, but outside of that, it really is a hard game to recommend to anyone. The technical issues alone are enough to say wait until an update comes out to address it, but even so, the gameplay, while does offer some enjoyable moments, proves to have more issues that only the most patient of people can really deal with. You might have some fun with it for sure, but this is one nightmare you probably don’t want to jump into, at least right away.

In Nightmare review code was provided by the publisher. Version tested PS5. You can read MP1st’s review and scoring policy right here.