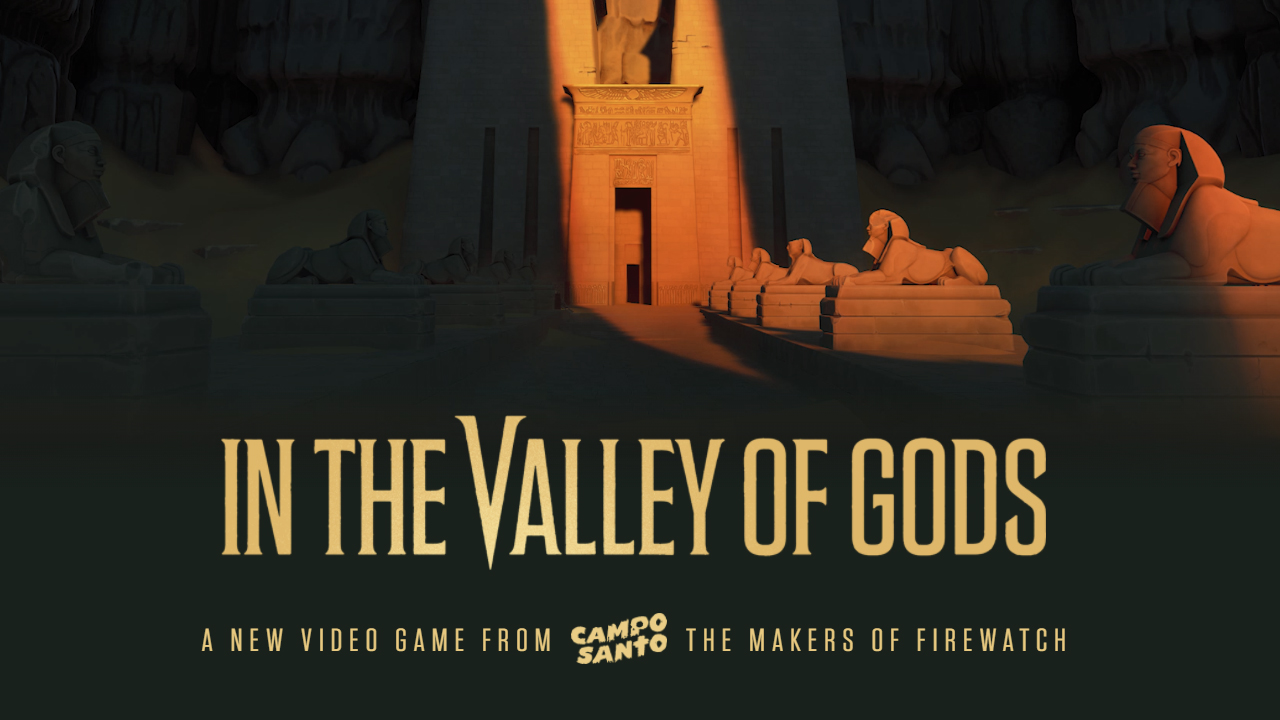 Revealed during The Game Awards 2017, the next game by Campo Santo (Firewatch) was given a gorgeous-looking announcement trailer.

From the creators of Firewatch, In the Valley of Gods is a single-player first-person adventure. Explore a remote and ancient valley in the Egyptian desert, uncovering treasure and treachery in pursuit of a discovery that could bring you fame and fortune—or leave you for dead, buried beneath the sands.

In the Valley of Gods is a single-player first person video game set in Egypt in the 1920s. You play as an explorer and filmmaker who, along with your old partner, has traveled to the middle of the desert in the hopes of making a seemingly-impossible discovery and an incredible film.

In the Valley of Gods is in development for PC platforms (Windows, Mac, and Linux), but we haven’t ruled out more platforms, including consoles. Follow us on Twitter and our development blog for news as it emerges.

In the Valley of Gods is being developed on the latest version of Unity. As for our secrets, we tend to share those on our development blog.

Tags: Campo Santo In The Valley of the Gods TGA 2017 The Game Awards
Previous Post