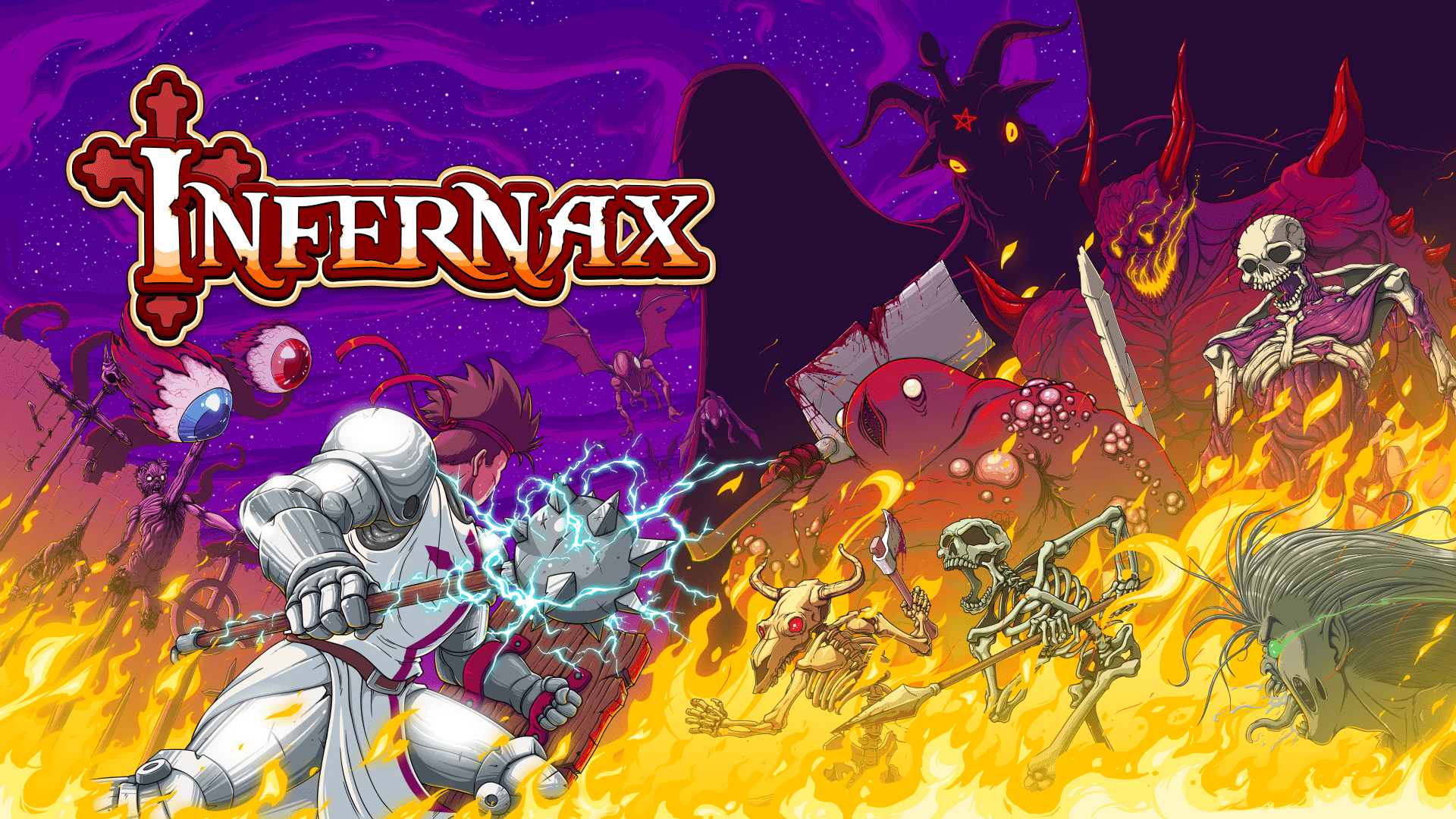 Berzerk Studio, the developer of Just Shapes & Beats, has confirmed the release window of Infernax. It will be available on PC and consoles in Q1 2022.

Arcade Crew and Berzerk Studio worked together for this upcoming title. The Infernax release window is set for early next year, and platforms for the game have also been announced. Infernax will be available on PC, Nintendo Switch, Xbox Series X/S, PS4, and Xbox One. Unfortunately, for new-gen players, there won’t be a PS5 version of the game as announced.

Check out gameplay of Infernax below:

Alcedor, the main character, gains experience and gold vital for obtaining powerups as he slaughters foes. Leveling up stats and earning new skills and weapons to help paint the screen red with blocky splatters of blood. Morality-testing decisions made during his quest prompt consequences later in the adventure and influence which of the game’s multiple endings players witness.

What do you think? Are you interested in picking up Infernax once it’s released? Let us know in the comments below!