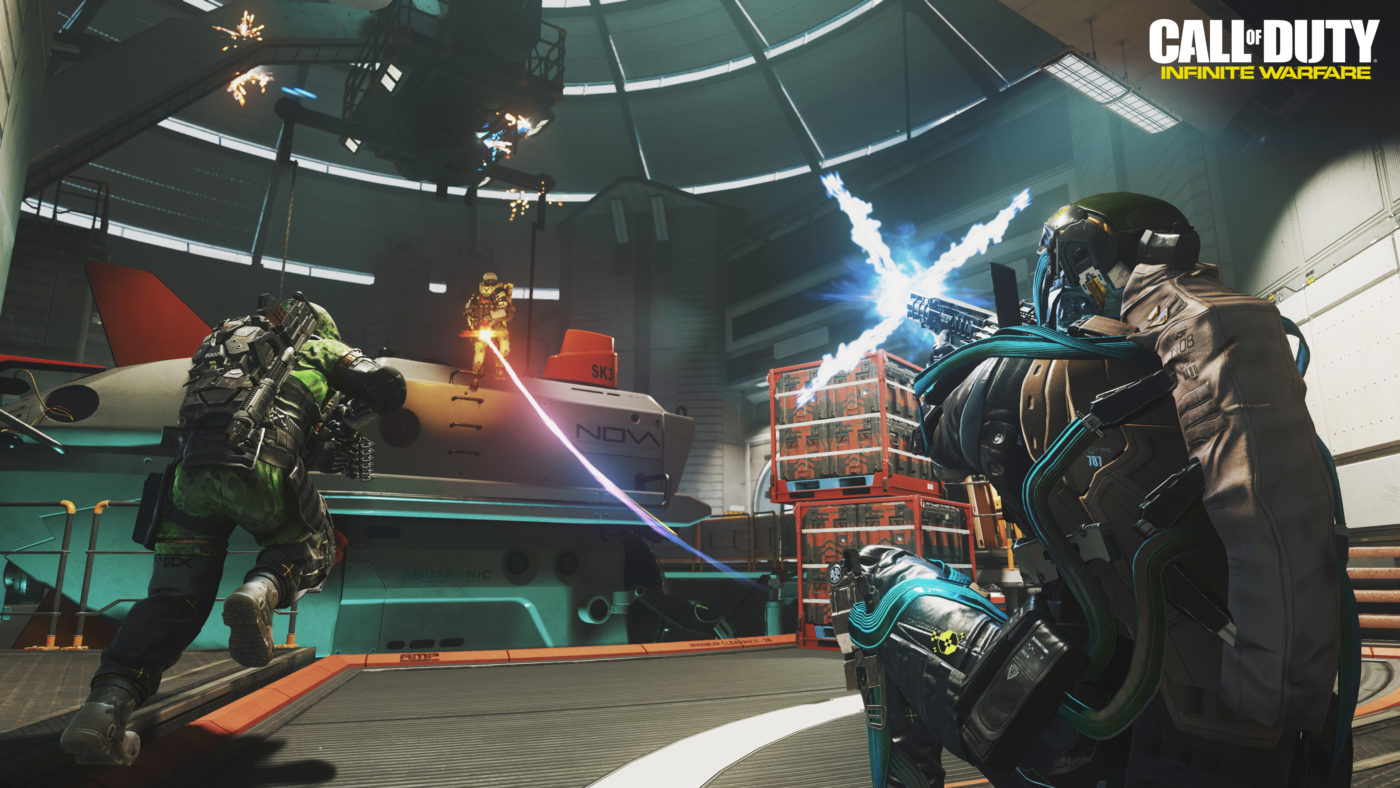 Activision and Infinity Ward have delivered a batch of brand new details on the upcoming Call of Duty: Infinite Warfare multiplayer beta, taking place on PlayStation 4 and Xbox One later this month.

Along with more specifics, Infinity Ward announced today that the studio also introducing a new metagame in the beta called Mission Teams. Players can enlist in one of two teams — the JTF Wolverines or the Orion Initiative — and work their way up a “team rank” by completing missions delivered by team commanders. Ranking up will unlock new calling cards, camos, emblems, Rig cosmetics, and team-specific prototype weapons.

As far as Rigs, maps, and modes go, here’s a breakdown of what’ll be in the Infinite Warfare beta:

Designed for a mid-range assault-style player, equip the Warfighter rig to support the team by getting fast kills, quickly getting to an objective, and always being on the offensive.

This imposing suit is equipped with payload options designed to clear enemy threats quickly and with authority. Its focus is heavy defense and suppressive fire.

According to the Activision Blog, Infinity Ward will also have a few surprises in store, so stay sharp. We’ll keep you updated.

Call of Duty: Infinite Warfare launches November 4 on PlayStation 4, Xbox One, and PC.