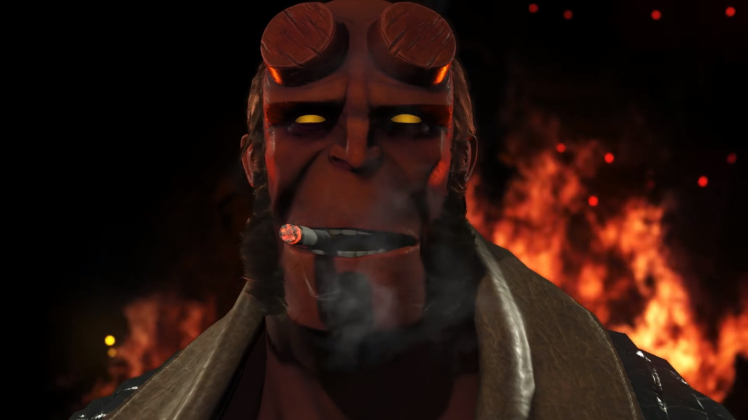 Another character is being added to the Injustice 2 roster, and this time, it’s none other than Hellboy! Set to be the final character in Fighter Pack #2, Hellboy can be played starting November 14 for those who purchased the Injustice 2 Ultimate Edition, and Injustice 2 Digital Deluxe Edition, with the Hellboy DLC being available to everyone for purchase separately on November 21.

Check out the video above to see his abilities and see his Right Hand of Doom in action.

Hellboy is Dark Horse comic book character, and was created by Mike Mignola.

As a member of the Bureau for Paranormal Research and Defense, Hellboy has defended the world from fiends, witches, demons, and more than a few Lovecraftian Gods. With his trusty revolver and his “Right Hand of Doom,” Hellboy has made monster disposal his specialty

Once we get wind of new characters or new DLC for Injustice 2, we’ll be sure to let fight fans know.