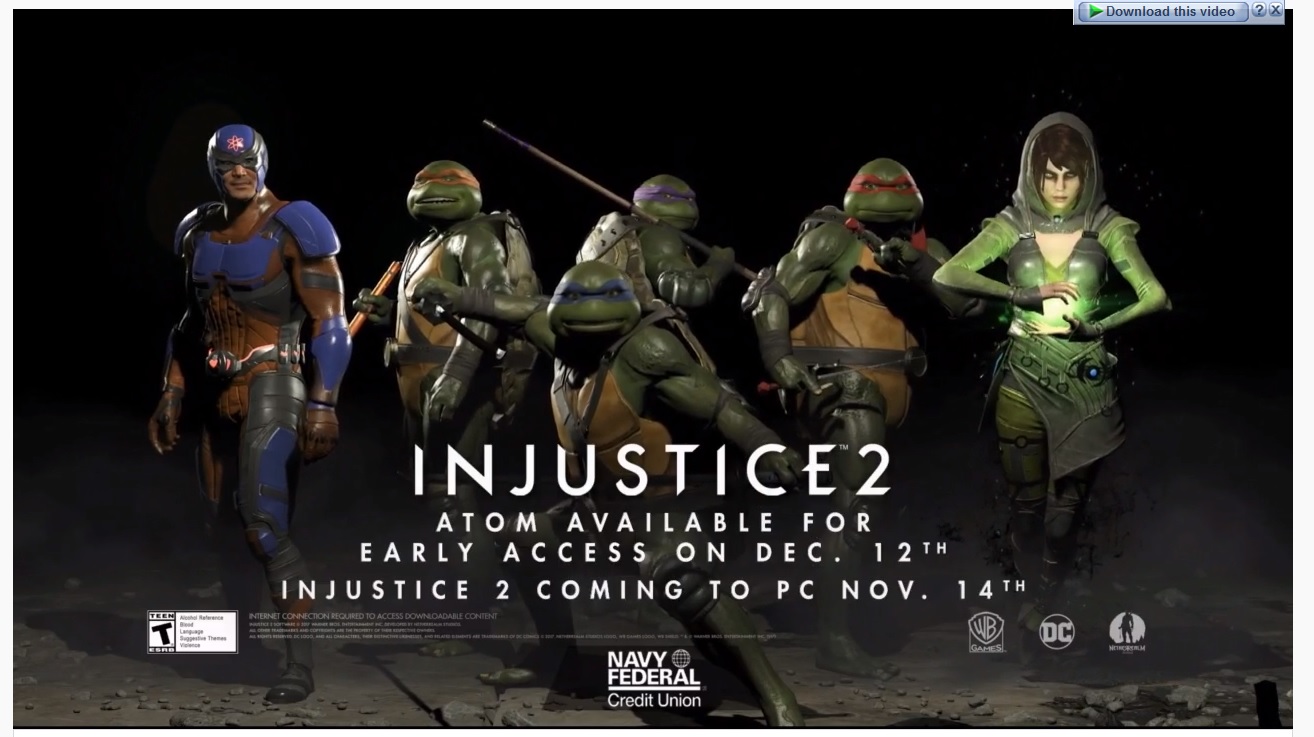 Injustice 2 TMNT in the house!

Get to play as Leonardo, Donatello, Raphael, and Michaelangelo, all with character-specific moves, all by gear customization! Equipping each of the characters’ trademark weapon ((swords, bo staff, sais, nunchakus), players will be able to change their character loadout to play as one of the turtles. For those wondering how this’ll work in online and tournament play where loadouts aren’t available, each Turtle will be available via the character select screen.

Deep below the surface, in the sewers of New York City, four turtle brothers were mutated by radioactive ooze and began training in the art of ninjutsu. While in a fight with the fearsome Krang—our heroes in a half-shell were jettisoned on a one way trip across the Multiverse.

Heroes in a Half Shell are coming to Injustice 2! Prepare the early ’90s lingo!

DICE Explains the Fight Against Battlefield 1 Cheats and Exploits