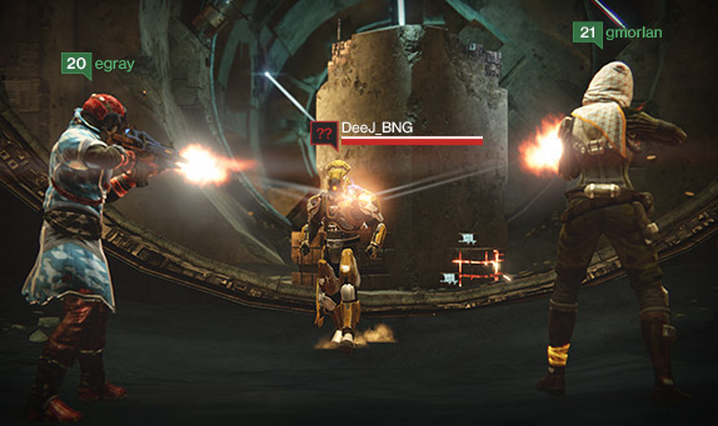 Much is in store for Destiny in the coming weeks, including the return of the Crucible’s Iron Banner playlist, now new and improved, as well as the highly-requested Team Chat update sought-after many Guardians.

According to Bungie Community Manager “DeeJ” in the latest Weekly Update, Iron Banner 2.0 will arrive “by the end of next week, if all goes well.”

A lot has changed since the last Iron Banner, so here’s exactly what you’ll need to know for this round of Guardian vs. Guardian mayhem:

Strike while the Iron is hot.

In addition, to better serve teamwork and camaraderie amongst your fellow teammates, Bungie will be opening up the flood gates, so to speak, this Monday, November 17, with a brand new update that will introduce a beta version of the game’s new Team Chat feature.

“Navigation mode will connect you with willing allies on your side of a matchmade conflict – be it against man or beast,” DeeJ explained. “If they want to talk to you, the path will now exist. The question becomes: Will they choose it?”

“Think of this as a trial step into a more vocal world. We know that matchmade teammates aren’t the only people in Destiny to whom you want to speak. Your Mom told you never to talk to strangers. We think she was probably right, but we’re willing to provide you with an option where you need it for tactical gain.”

“Time will tell. We’ll be listening.”

Players will be able to opt-in to two different channels via Navigation Mode: Your basic Fireteam Channel that has been around since launch, or the new Strike Team Channel that will allow you to chat with players you’ve met up with through matchmaking.

And in-depth help page on everything you need to know about the new update can be found here (which, interestingly, lists the update’s arrival for Tuesday, November 18, not Monday). We definitely recommend giving it a read.

Lastly, DeeJ also made mention of a special surprise for Destiny Expansion Pass holders next week, which, judging by the featured image, appears to have something to do with emblem or player card customization.

“The details are still secured in a crate,” he teased. “Early next week, the information we’re guarding will fly through the air with the greatest of ease. When it lands, we want there to be no doubt that this is for you, and that you’ll have a chance to enjoy it first.”

“We want to make sure that you traverse the next leg of your journey in outrageous style.”

Looks like we’ll just have to hang tight until we find out.

What are your thoughts on the new Iron Banner improvements and the ability to now chat with match-made teammates? Sound off below!