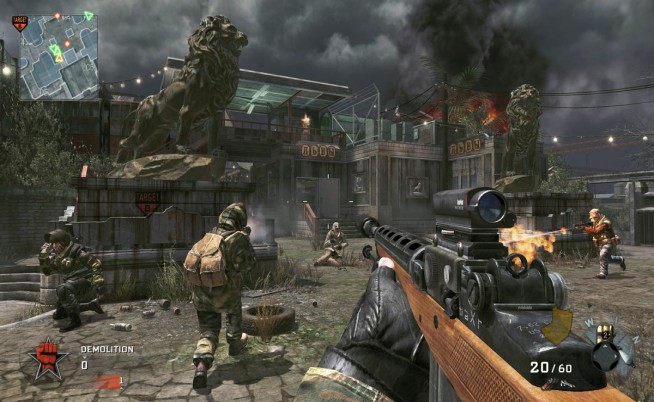 Treyarch Developer, David Vonderhaar, speaks with Call of Duty fans about what role statistics play in a first-person shooter.

“I don’t understand the argument [Call of Duty] is better without KDR,” Vonderhaar stated in response to a number of fans wishing for the abolishment of in-game stats, specifically the kill-to-death ratio. This can be a touchy subject for many FPS enthusiasts. Questions like, “does the k/d ratio truly measure ones skill?” are usually asked when it comes to this topic. Some arguments that you might see against the inclusion of a k/d ratio in any FPS is that it places too much importance on shooting down enemies when the objective of the game type might be something completely different like planting bombs or capturing flags. Of course, this topic is very subjective and can completely depend on how much importance you give to your stats. “If you freak out over your stats … that just makes you a freak. If you obsess over other peoples stats … that just makes you obsessive,” Vonderhaar jokingly yet truthfully stated. He also mentioned that “stats works both ways. You also need to measure if you are getting better.” Vonderhaar has recently been gathering a lot of feedback from the Call of Duty community, most likely in preparation for Treyarch’s title. Make sure to heck out Treyarch Dev: “Perks Are a Reason Why CoD Isn’t Natively Competitive”.

So far, Treyarch’s last title, Call of Duty: Black Ops, did an exceptional job of including objective-based stats on the in-game leaderboards on top of your k/d ratio, something that Infinity Ward’s Modern Warfare 3 has yet to implement, though it was recently hinted at.

What do you think about stats like the kill-to-death ratio? Is it important to you? Let us know in the comments below, and if you haven’t yet, make sure to join the discussion: Playing for your K/D Ratio vs Playing the Objective.