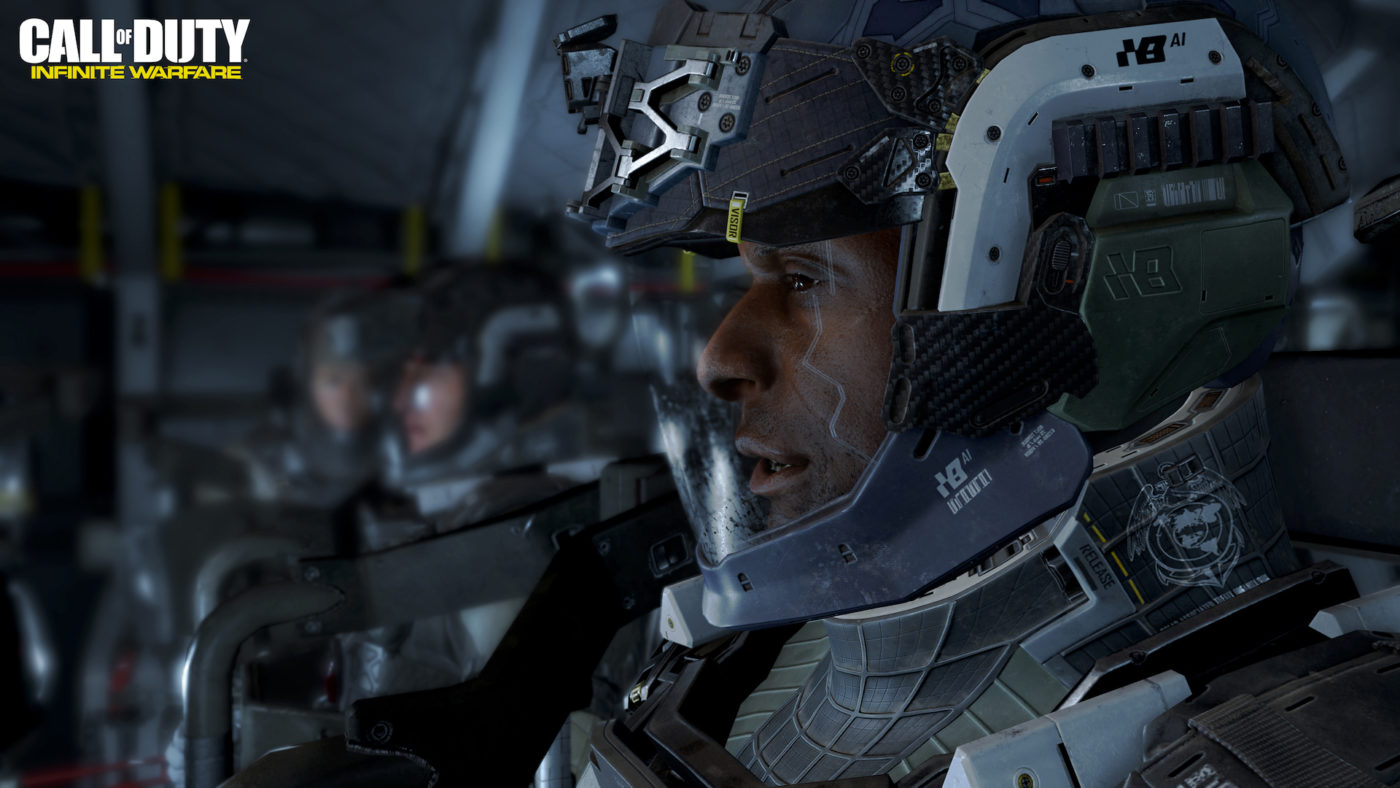 With Call of Duty: Infinite Warfare, developer Infinity Ward is taking the franchise on a trip through unexplored territory. Especially for the multiplayer team, the game’s far future setting offers new possibilities and opportunities for gameplay and much more.

With plenty more information still to come, Joe Cecot, Lead Designer on Infinite Warfare multiplayer, shared a few of the ways that the game’s setting will impact multiplayer during today’s live stream reveal, including maps and a few new mechanics.

“We can kind of make new toys, create new mechanics, and we can take players to places they’ve never been before,” Cecot explained. “You know, we have some really good multiplayer maps that take place on Earth but we also have a multiplayer map up in a space station. We have multiplayer maps on other planets within our solar system.”

You might be able to catch a glimpse of what some of Infinite Warfare’s outer space maps might look like by checking out some of the scenes in the game’s reveal trailer from earlier today.

There’s more, too. “We have kind of a whole new stable of lethals and tacticals for the player to kind of engage with and to try and you’re going to see some of that in our upcoming trailers and it’s pretty spectacular,” Cecot added.

Though the temptation to go over the edge with crazy new gameplay mechanics is probably on Infinity Ward’s mind, the multiplayer team is paying close attention to what the series is best known for. Cecot also mentioned the studio’s new inspiration for map design.

“We work closely with the campaign team and they work closely with us, so a lot of tech went into the Jackal and the flying and we have that tech in MP, but we’re very, very careful to preserve the core, the core of what makes Call of Duty the best shooter out there.”

“Our team plays a ton of Black Ops 3 — we watch it on the CWL — and we’ve gotten to build off kind of [Treyarch’s] map design and what they learned. So, it’s really, I think, hitting the mark and it is future but it’s still the Call of Duty that you love.”

More details on Infinite Warfare are being saved for a later date, so be sure to stick around for E3 2016. For now, you can watch the full live stream reveal over on Call of Duty’s official YouTube channel.

What sort of direction do you want to see Infinity Ward take Infinite Warfare’s multiplayer?

Call of Duty: Infinite Warfare launches on November 4 for PlayStation 4, Xbox One, and PC.