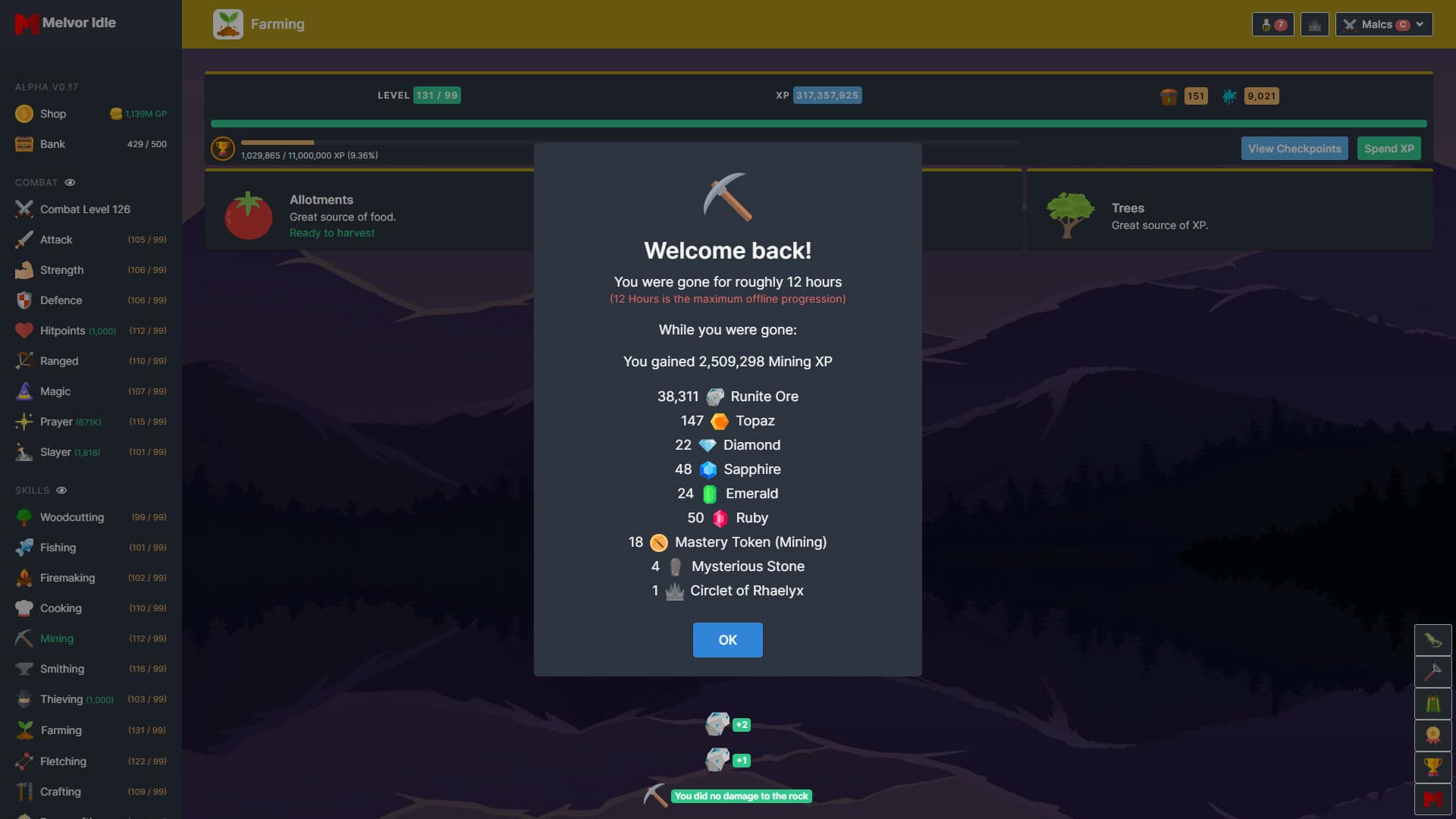 RuneScape creator Jagex has officially announced a new venture for the company, as it partners up with Games by Malcs studio to publish Melvor Idle, an idle game heavily inspired by the RuneScape franchise. The announcement came today, as Melvor Idle continues to enjoy success across multiple platforms on PC via Steam, iOS and Android devices.

Before Jagex picked it up for publishing, Melvor Idle was a one-man project spearheaded by Brendan Malcolm, an avid RuneScape player since his youth. Jagex’s Chris Pfeiffer, Director of Product Management for Jagex Partners, said a few words for the partnership:

“We are incredibly excited to be publishing Melvor Idle. Every once in a while, we come across a game and a developer that is so well aligned with our core values that it seems a natural fit for Jagex Partners. With so many of our staff being fans of the game, and seeing what Brendan has been able to achieve as a solo developer inspired by the games we have been developing for 20 years is truly magical. We very much look forward to using the skills and experience we have at Jagex Partners to support the future development of Melvor Idle, leveraging our marketing, communications and localisation resources to make sure the game reaches the widest possible audience and its full potential.”

Melvor Idle was first released in Early Access back in 2020, and Jagex’s move to publish it has given the game a November 2021 official release window. You can check out the game for yourself on PC via Steam here.

Melvor Idle is the second game to be published under Jagex Partners. Space Punks, developed by Flying Wild Hog, is currently in Early Access on PC on the Epic Games Store.