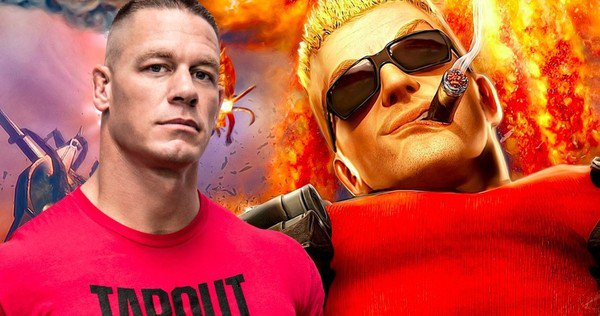 Here’s your interesting news for the day: John Cena, WWE champ, and all around good guy has been cast as lead role in the live-action Duke Nukem movie!

Before any of you gets too excited, the Duke Nukem movie is in super early stages of production, but as it stands now, Cena is set to star. Producer Andrew Form mentions, We don’t have a script yet, so that is confirmed at this point but if he reads the script and he doesn’t like the script I’m sure there’s ways that he could pull out, but right now he’s our guy.”

In addition to that statement, Form also says that the movie is taking cues from Deadpool in striking the right balance of tone, and even goes as far as saying that “if we don’t get the tone right then we’re not going to make the movie.”

For the young ‘uns reading this, Duke Nukem started way back in 1991, with the latest entry in the series being the disaster that was Duke Nukem Forever by Gearbox Software (Borderlands), which bombed so hard we didn’t see a sequel or even a whiff of it up to this day.

But hey, if anyone can make Duke Nukem relevant again, it’s got to be John Cena, right?