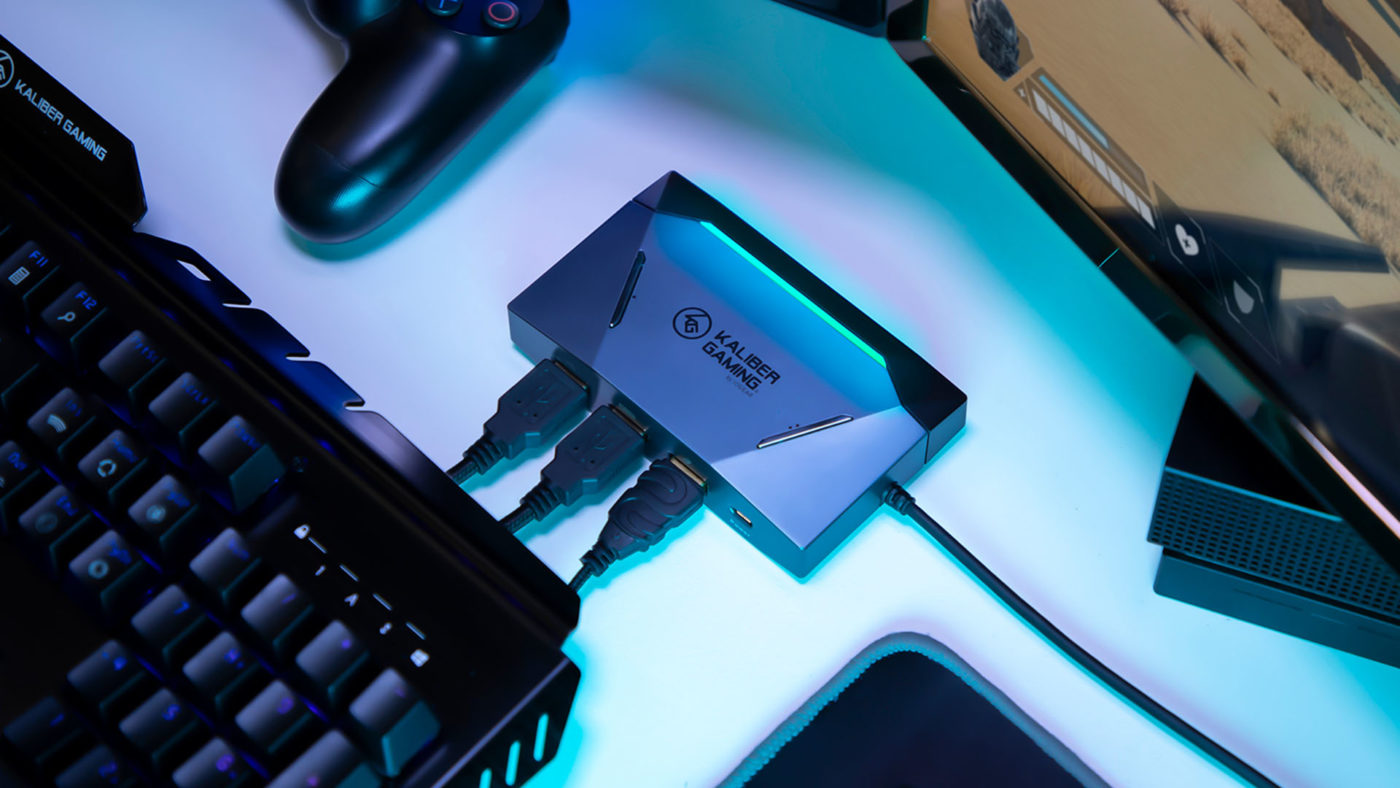 Want to use a keyboard adapater on your console? We put IOGEAR’s Keymander 2 through the test in our Keymander 2 review.

There isn’t a whole lot to set up the Kaymander 2. Out of the box, I found myself with the hub and a few wires to connect my PlayStation 4 and a controller. The hub itself has labels with pictures and text of what device plugs into which USB port, making it easy to understand. Build quality isn’t too bad either as the enclosure doesn’t feel like it’ll fall apart and has a subtle matte finish to it. There’s a mobile app (Android/IOS) that also doesn’t take much work to set-up, though the Bluetooth pairing from it can be a hit or miss. A common issue with many mobile apps that can be bypassed via the phone’s Bluetooth settings. 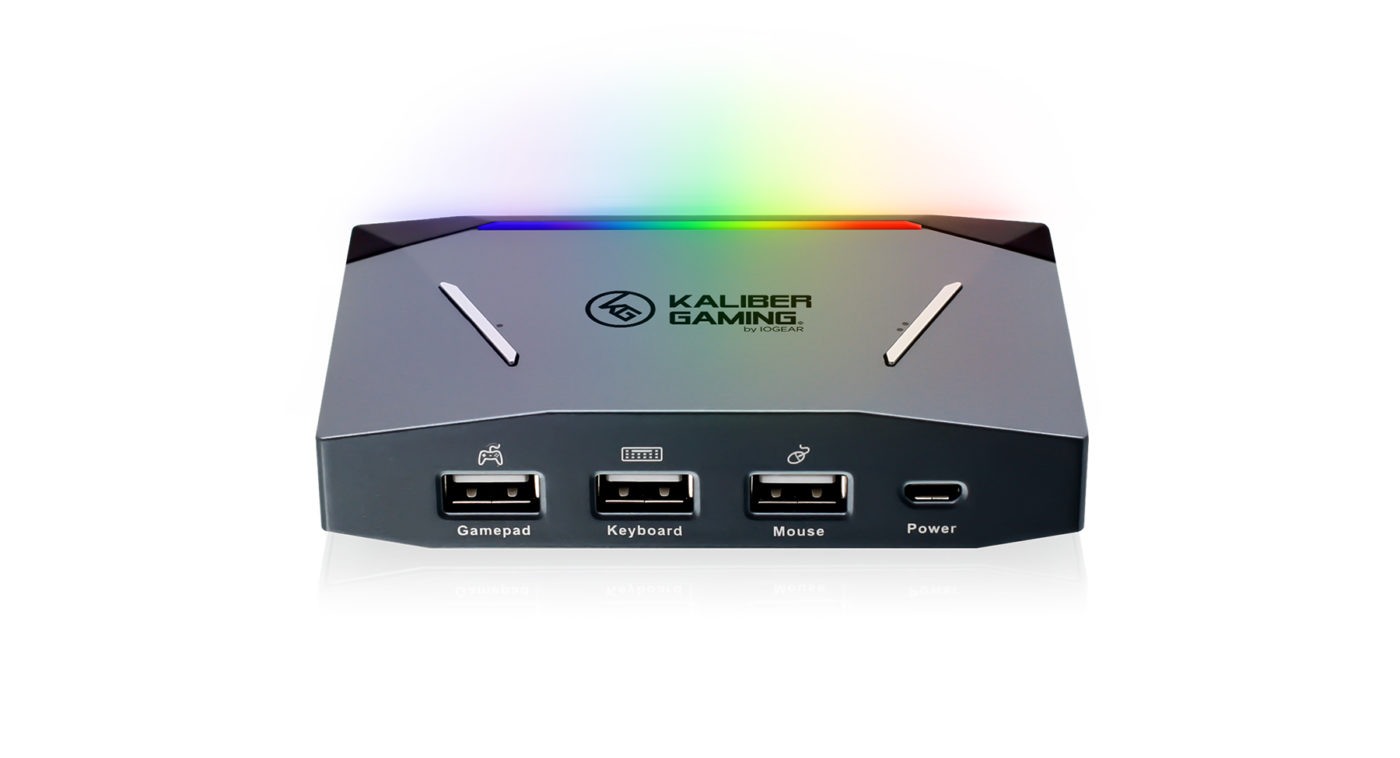 The app has a clean look that provides ease of access. It works off a three-tab layout, the first revolving around the setting of the Kaymander, and the other two focusing on game profiles. I’ve used other products in the past that were similar to Kaymander 2, but typically they would require a PC to be programmed every time you wanted to make changes. The app eliminates that altogether and lets you sync up instantly while still being connected to your gaming system. I’m not one to prefer using my phone for external features, but it sure as hell beats having to unplug and walk to my desktop just to re-program and tweak my settings. A pretty useful feature in the end that makes setting things up easy.

One of the things I love about console gaming is the fact that they’re built with accessibility in mind. It doesn’t get much easier than having to use a controller to perform all the needed actions. I have little to hate about controllers, and in fact, I use an Xbox One on my PC from time to time, but sometimes I do wish I could use my mouse and keyboard for certain console games. To be more specific, I’ve always found shooters on consoles not to be as responsive as I’d like them to be. I’m not saying they’re not playable, but moving from PC to the console space, there is quite noticeably a different feel. Thankfully the Keymander 2 closes that gap to bring the desktop experience to console gaming.

For shooters such as Apex Legends, Titanfall, Call of Duty, and Battlefield, a mouse and keyboard conversion felt right at home with this old-time PC gamer. My first test was with Modern Warfare, and upon loading the downloaded profile, I instantly (after tinkering with the game settings) noticed the difference in control. The responsiveness of my aiming was 1:1, something I struggled to correct with sensitivity levels on the controller. This left a pretty good impression as it was my main concern with the device as I have had issues in the past with others (especially with disconnecting). I should note, however, that Modern Warfare already supports native Keyboard and Mouse input, but the options to tweak settings with the Keymander 2 made the experience all the better. Even more so with each game profile having an additional three profiles, making ideal changes possible at the press of a button. 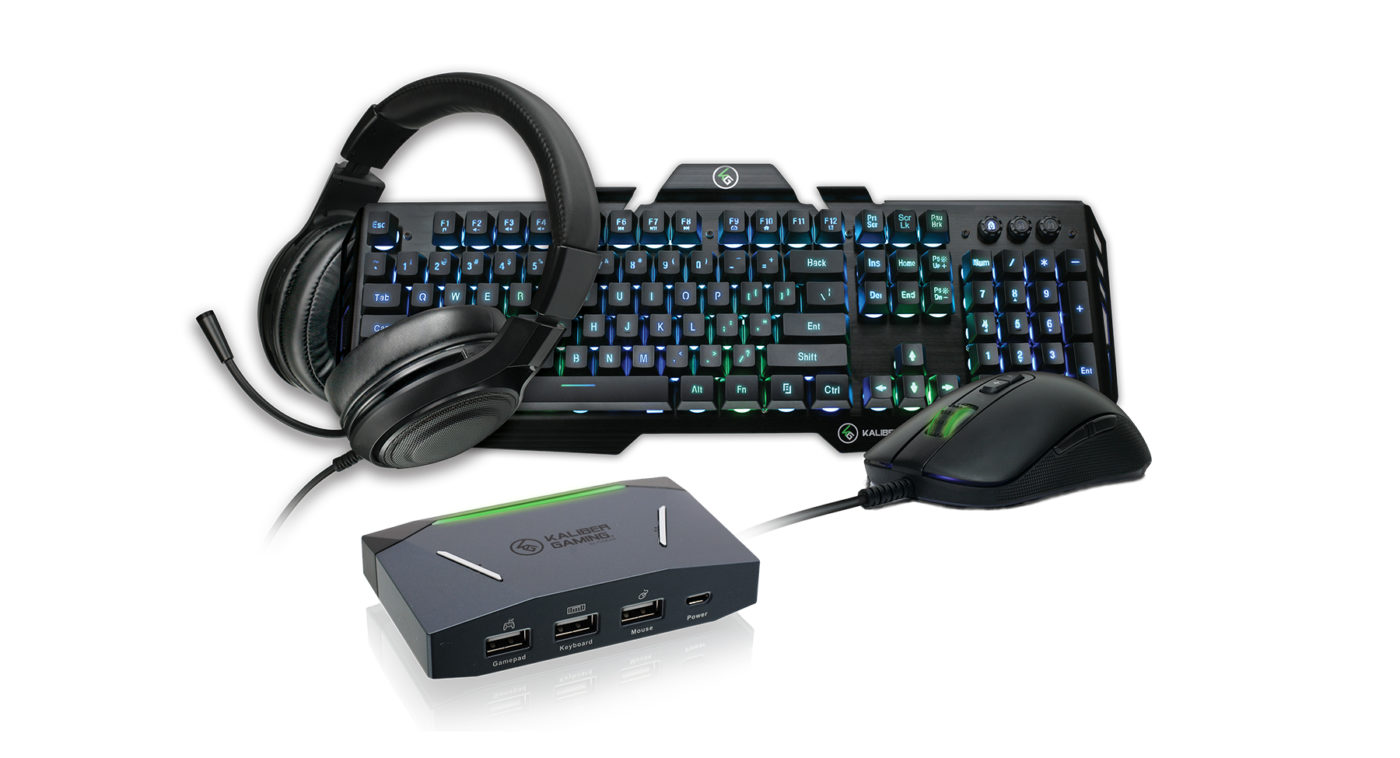 Moving on, I decided to test out some other titles that weren’t shooters. First up was Death Stranding, a game recently announced for PC. While there’s no specific profile built for Death Stranding on the app, I was still able to play by only using the default PS4 controller emulator profile. Similar to Modern Warfare, Death Stranding also played like a dream after a few tweaks. I was able to perform nearly all functions possible from the controller outside of the motion control features. I tested other games like Final Fantasy 7 Remake, Horizon: Zero Dawn, God of War, Zelda, Halo, and many others, and the result all yielded the same. Perfect emulation with the exact precision of control one would expect from a mouse and keyboard.

A big reason why I purchased my TitanOne and ChronusMax adapters were so that I could easily use one console controller on another. Figure if I wanted to save some money, rather than buy an additional controller, I could use an existing one instead. While they perform well, a gnawing issue I’ve had with them both is that they quite frequently disconnect, causing my controller to desync. A very frustrating situation to be in, especially during a crucial part of the game. From my testings, as far I could tell, this was a nonissue with the Keymander 2. Being able to take my controller from one console to another was a pretty simple process as they were the same steps to setting up a mouse and keyboard, minus the mouse, of course.

Similar to the impression above, the conversion from one controller to another was seamless. Buttons were mapped properly, with the options to edit them as I pleased, and there was zero to no input delay in the presses. Outside of games that used motion controls on either the PS4 or Nintendo Switch, I was able to play any of my tested games as normal. For titles that supported local play, such as Street of Rage, it worked flawlessly. It’s a pretty great experience being able to use whatever controller I preferred on a system with a controller I may not have. It’s also a cheaper alternative, in my opinion, to be able to have multiple controllers on a given system. A major plus in my book, and while it doesn’t support wireless connectivity out of the box, it is possible via Bluetooth adapters

The age-old concerns that many have is that using a mouse and keyboard on a console is cheating. I’ve never felt this way, mostly because using one doesn’t give you an instant advantage over everyone. Of all the online shooters I’ve tested, while my K/D did improve, it wasn’t because the Keymander 2 gave me a huge advantage over other players, it was simply due to the familiarity of a M&KB. Some matches I won, others I got destroyed, and it was the same story with using a controller. They’re still a skillset required to using any type of controller, but that’s just my logic of thinking. With that being said, a fair warning not all developers share that same sentiment as they may ban you for the use of third-party peripherals. Fortnite, for example, is able to scan and detect XIM, another mouse and keyboard adapter for consoles. While I have no idea if users will be banned using Keymander 2, it is still important to exercise with caution.

There’s also the matter of Keymander 2 having recordable Macros. A very easy step that can be accomplished from the app itself and bound to any button of your choice.  Depending on what kind of button combos you record, this can definitely be seen as cheating as it eliminates the hassle of performing hard button tasks. While not a negative for the device, it is something we would like to point out for those who may have some concerns.

At just $99, the Keymander 2 is well worth a buy for anyone looking to use a m&kb  or cross-controller support. While there are other similar devices in its market range, I don’t think I’ve yet to use one with such ease. Precision and latency are also spot on it, providing the right feel of any peripheral you may choose to use on whatever console. Easily one of the best adapters I’ve used in the last ten years, and the price makes it well worth it. I definitely recommend Keymander 2 for those looking for something that won’t break the bank but offer the ideal precision you seek.

Keymander 2 provided by the manufacturer for review. You can read MP1st’s review and scoring policy right here.