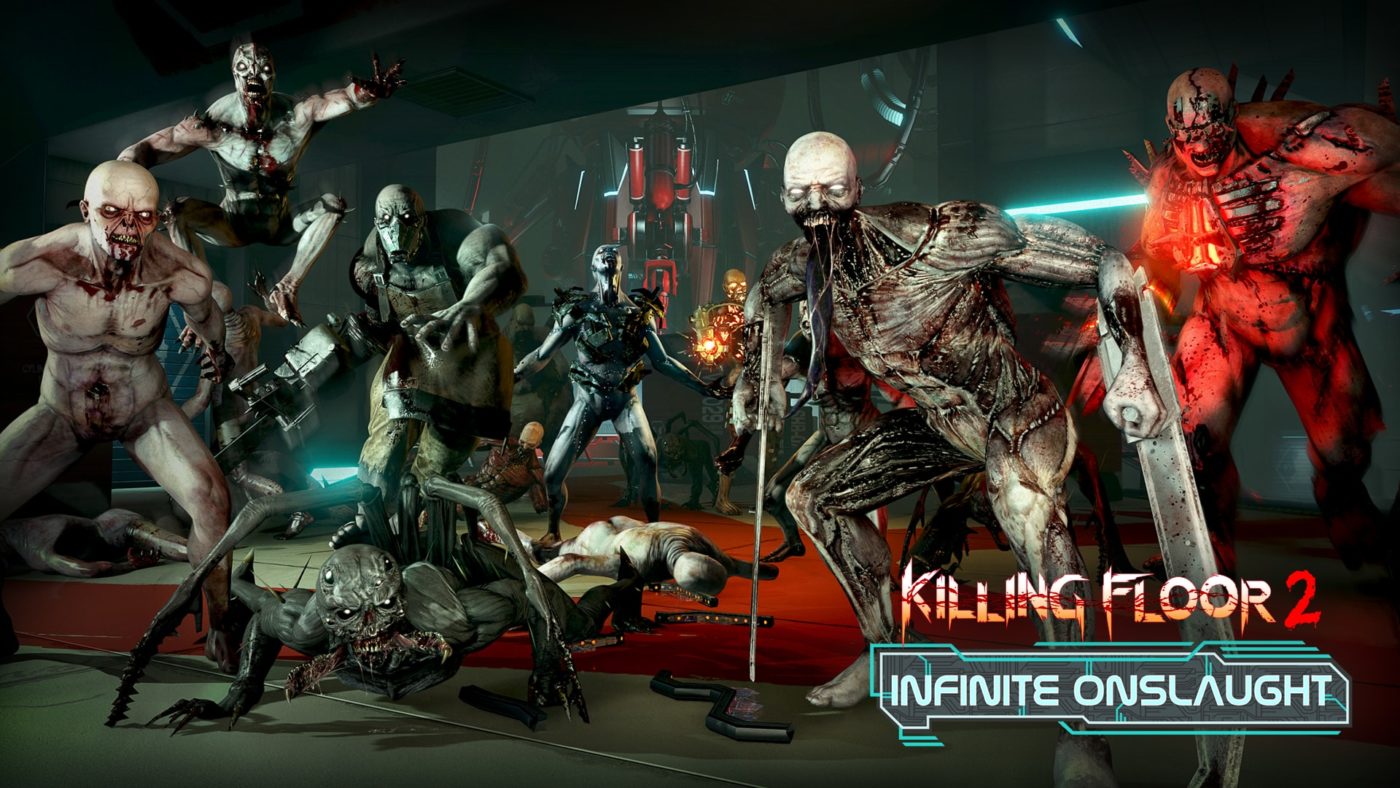 Want more Killing Floor 2 content? Well, developer Tripwire Interactive has just released that and then some! The Killing Floor 2 Infinite Onslaught update is now out, and it adds a LOT of things to the shooter.

There’s a new game mode called Endless Mode that has players trying to survive an endless wave of the undead. There are three new weapons (MAC-10, Husk Cannon, and AF2011-A1 pistol), and a new character DAR which was available in the first game. Check out a video of the new content below.

There’s also new cosmetic stuff rolled out which run the gamut from weapon skins, character skins, and more. Finally, and possibly the most important of all: two new maps have been added as well (DieSector, Powercore).

The Killing Floor 2 Infinite Onslaught update is out now for PC and consoles.