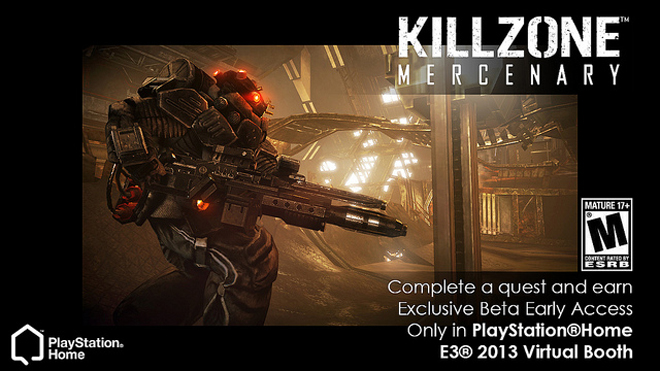 PS Home is gearing up to stream the PlayStation E3 2013 event live, and like every year, there’s going to be a digital show floor with virtual booths.

Among winning PS3 themes for games like Last of Us and Destiny, Sony is also offering gamers a free 30-day PS+ trial along with early access to the Killzone: Mercenary beta.

According to the PS Blog, if you jump into PS Home right now and pre-register before Monday (June 10th) night, you’ll earn some free PS3 themes and on the following day, June 11th, the virtual booths will open up and give you certain quests to be completed.

Among all the prizes that could be won, the PS Vita-exclusive Killzone: Mercenary, will be having a Beta which can be gained entrance to by completing the designated quest.