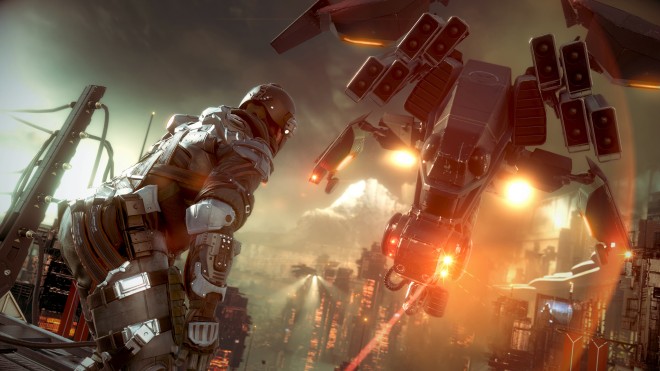 Guerrilla Games took to their blog today to let everyone know that they are listening to their players’ feedback, and in fact have started developing some of the requested features that was received these past few weeks.

The team held a live Q&A on TwitchTV, in which they addresses many concerns, including the lack of in-game voice chat along with what they have in store for future updates. For those who don’t want to watch the whole video, the main points are listed right below.

In game voice chat [in development]

In game voice chat is currently in development. While the game was setup to allow users to speak with the parties they created and people they trust, you have indicated this does make teamwork among strangers more difficult. As team based gameplay is our main focus, we are currently working on this feature as a top priority. We are targeting the December update to have this functionality. It will automatically enable you to talk to your faction and will allow you to mute players (to retain that classic Killzone Shadow Fall feel.

Killzone 2 style proximity chat [not at the moment]

We feel that the in game voice chat and Multiplayer battle chatter (both in development) are the first set of in game voice improvements we want. We should revisit this feature if the community still wants it after they have been listening to the new voice enhancements.

Instead of an XP system, we currently add skill-based ranks based on the challenges you have completed. As the community has indicated it really would like to see a ranking system that also would show their progress as a player, we are currently designing a ranking system that celebrates this challenge progress and assigns players with rank names and accompanying icons.

We are in the process of designing the clan system and it will be deployed in phases. It will be better suited for Shadow Fall’s team oriented, objectives based gameplay. We expect the first deployment to be early 2014.

We are actively looking into ways to put this information in the most logical way possible for Shadow Fall’s gameplay. No final decision on an implementation has been made yet.

Customized Multiplayer Announcements [not yet, but…]

Adding customized multiplayer announcements is certainly an option, but we don’t want the game to get too noisy and distracting. As we will soon be releasing a new feature that lets you customize your Multiplayer battle chatter (“reviving”, “shield activated…” etc.), we will review this feature again after that customization of MP chatter is in the game, which is targeted to be part of the December update.

We are considering this and are currently gathering and studying our gameplay data on hip firing accuracy and whether it is working/not working as intended. We need to be very careful about tweaking the accuracy, as this could inadvertently unbalance the game in another direction. No final decision has been made yet.

Again, we are looking into the gameplay data for Air Support drones and turrets. No final decision yet.

In game party system [under consideration]

We rely on the PSN party system which works across all games. We are considering creating our own party-system to accommodate more ad hoc squad based play.

As part of our free DLC, one of the first few maps being prepped for release has some long engagement distances that might help snipers suppress enemies and support their team. Of course, it is designed to have alternate routes that can help Supports and Assaults break the flank as well. Stay tuned for more news on our next map drop.

We’re not planning to have fixed ammo locations in the map, as the support class can place them anywhere in the map. However, we are working on ways to make these locations much more obvious on the radar.

We’ve created the warzone and it is live.

Display K/D ratio for everyone [not at the moment]

We do not think worrying about your deaths is the way to play Shadow Fall, and a lot of the community members actually enjoy our renewed focus on objectives and team based gameplay. That being said, all players have the ability to create Warzones with Kills and Deaths as Primary and Secondary sorting on the leaderboards.

Co-op mode to have playable Helghast [not at the moment]

Our team is currently working on the design of the co-op mode, and fine tuning the gameplay. Stay tuned for news on playable characters – we can’t confirm which characters you will play with at this time, but we can confirm you will not be playing as a Helghast.

Being able to identify my party members [in design]

We are designing ways for you to identify your team members and party members. One of the things we have done is print names of party members in blue on the scoreboard and in game. We’ll keep a close eye on this to see if this adds more clarity to players.

It’s great to see such a dedicated team taking into account of player feedback. For those who want to submit their own feedback, make sure to visit their official feedback page. Keep those suggestions coming.