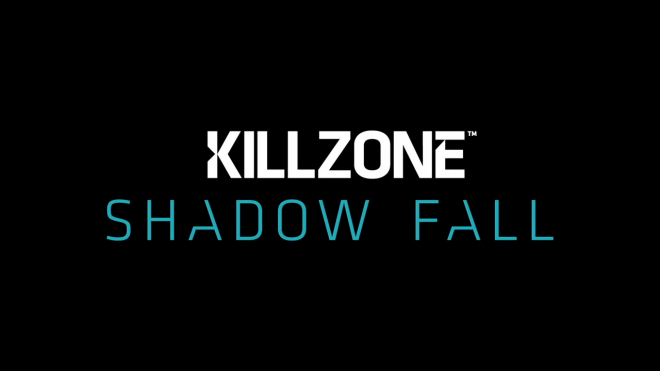 Last February, Sony unveiled the upcoming, next-gen title in the Killzone series, Killzone: Shadow Fall, running on the PlayStation 4, and it looked amazing

As a quick reminder of how good the game actually looked, here’s the demo that was presented during Sony’s press conference.

Developer Guerrilla Games has recently made a technical presentation of the demo available online in the form of a number of slides.

It neatly presents what exactly you saw during the demo, including CPU Details, Memory, Performance, Optimizations, GPU Details, Lighting, Characters (with comparison to Killzone 3), Shaders, Particles ,Volumetrics, and much, much more.

The slide presentation itself is rather long, but very informative, especially if you’re tech savvy. You can catch the first slide below (which also makes mention of an unannounced new IP in development at Guerrilla Games) or the entire thing in full right here. 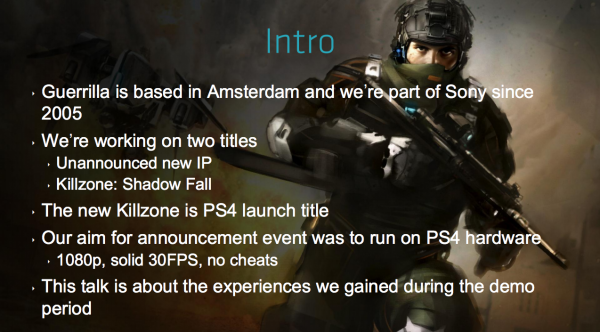 Shadow Fall looks and sounds great so far. Any points about the presentation that stood out to you the most? Let us know in the comments!

Killzone: Shadow Fall will be releasing in Quarter 4 of 2013 on the PlayStation 4.