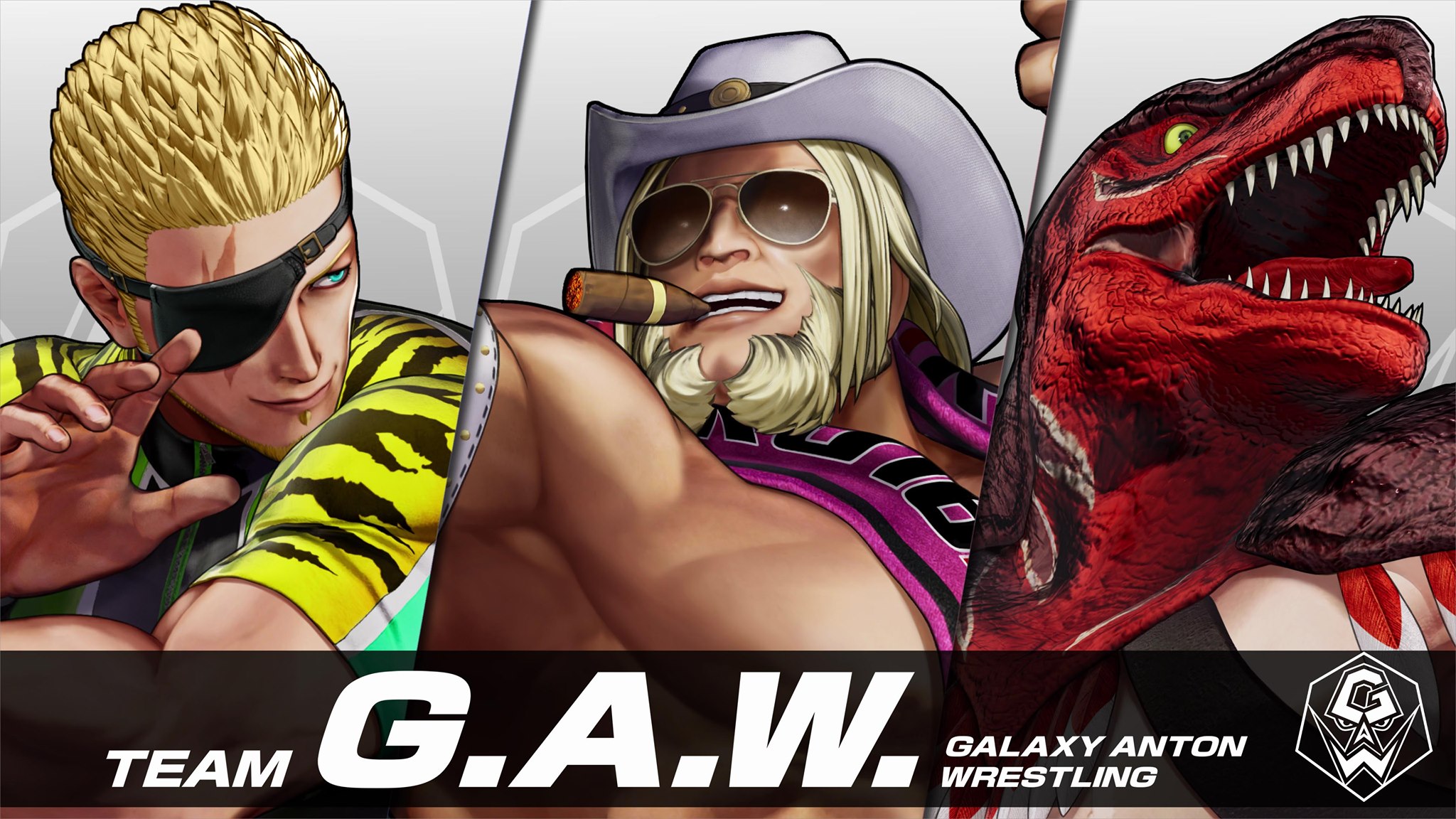 Check out the reveal trailer for Antonov — who originally served as the host of the King of Fighters 14!

Joining forces with Ramon and the King of Dinosaurs, Antonov bursts back into the King of Fighters scene with a new purpose and wrestling promotion — with all three showcasing their prowess and abilities as masters of their specific styles and crafts. Ramon of course has been around since KOF 2000, and he’s been showing he’s got the speed of a luchador wrestler. The King of Dinosaurs brute strength and ferocity are well known and familiar to those who know of his other identity in the SNK universe. Finally of course is Antonov — who rounds out the team as a strong contender whose massive frame compliments the powerful moves and confidence he brings into the ring!

Besides the reveal of Team G.A.W, KOF 15 also recently highlighted the team of Mai Shiranui, Yuri Sakazaki, and Athena Asamiya as Team Super Heroine — and you can listen to their catchy theme song here!

The King of Fighters 15 will be released on PC and consoles this 2022!