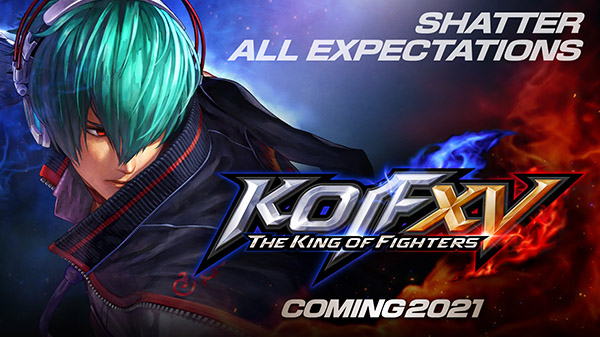 Fans of SNK’s long running King of Fighters saga who were anxiously waiting for updates finally got it, as SNK Global finally released the reveal trailer for “The King of Fighters 15” — which showcases a taste of things to come for the new sequel coming sometime this year.

Acting as a continuation of the events of the previous installment, KOF 15 will once again feature new lead protagonist Shun’ei — a chinese martial artist who is the student and adopted grandchild of Fatal Fury veteran Tung Fu Rue. In the previous game, it was revealed that Shun’ei contained a fragment of the power held by boss character Verse, and upon defeating the villain is training harder to keep his powers under control.

While no specific details have been released by SNK on what platforms and date KOF 15 will be released, the trailer confirms several fan favorite characters returning — including Kyo Kusanagi, Benimaru Nikaido, K’, Leona Heidern, and Mai Shiranui. While there’s no sign of Terry Bogard or the others yet, you can bet they’ll be revealed in the next set of updates — beginning next week as SNK announced at the end of this reveal trailer.

Be sure to check out more updates on SNK and KOF right here on MP1st.