by Robert Strick
in News, Reviews

It’s shocking to know that eight years have passed since the original release of Kingdoms of Amalur. While it didn’t have much of a commercial success back then, it was perhaps one of the most surprising hidden gems to come out of that generation of console. With news of THQ Nordic re-releasing it in a newly remastered format, I couldn’t help myself but want to re-experience the title once more, on some beefier systems. Did this remaster improve on the game’s past hiccups? Read on for our Kingdoms of Amalur: Re-Reckoning review.

A Lengthy Tale to Satisfy That RPG Thirst

In Kingdoms of Amalur you follow the journey of the “Fateless One.” Prior to the start of the adventure, you are deceased. When you start the game you awaken on a pile of corpses, revived by a device called the Well of Souls, created by a gnomish scientist called Fomorous Hugues. The ability of your character to withstand death and charter your fate is the centerpiece to the adventure, as you investigate the circumstances related to your death, against a backdrop of warring factions and political intrigue.

The main story arch will take somewhere between 20 to 30 hours depending on your playstyle. With that being said, this game is filled with a ton of different side-quests, areas, and world-building that puts the total playtime over 100+ hours. A lot of these quests are pretty standard within the RPG genre, but because of the combat and some nice winkles of variation in quest design, they don’t feel like a chore to complete. There’s also several side-quests that have their own story that are worth completing, and have some great narrative moments.

A Coat Too Thin

The most disappointing aspect of this remaster is the graphics. While there is a difference in the visual fidelity you would be hard pressed to notice it at first glance. This also carries over into other areas like animation. The lip-syncing is terrible, and didn’t get any enhancements, which it could have used desperately in this remaster. 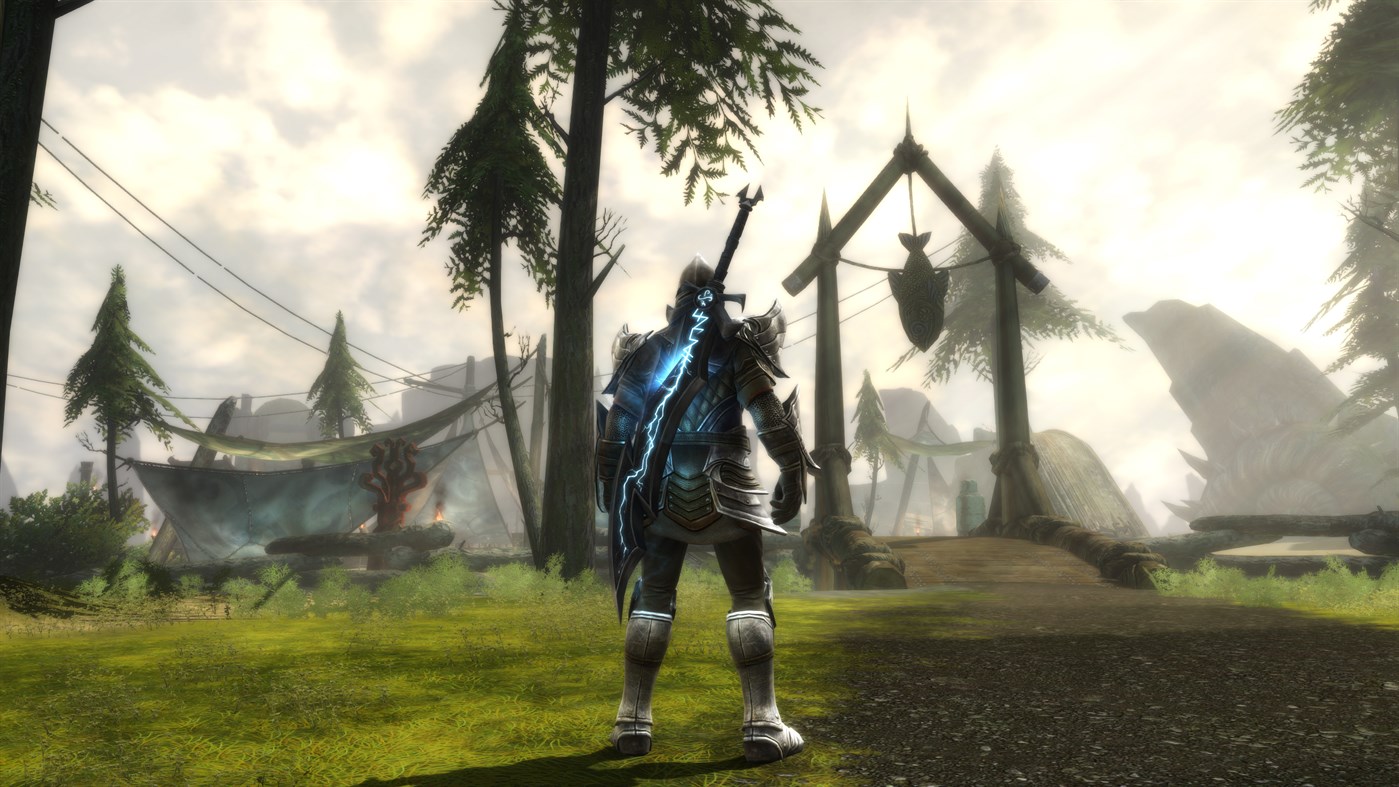 As a whole the art style is solid, but not particularly note-worthy. Part of that is that while there’s some interesting things peppered throughout this adventure, the high-fantasy theme has already been explored in a lot of different variations, across several forms of media. When you see something cool, you’re almost immediately pulled back into a narrative rule-set that plays this theme in a particularly safe manner. From my perspective the tone feels similar to that of the Fable series. If you’ve enjoyed those games in the past, you’ll find a lot to like within Kingdoms of Amalur.

There are three skill trees that you place skill points into: Might, Finesse, or Sorcery. It’s important to note that your role isn’t fixed. You’ll be able to mix and match between each of the three types, leading to some interesting build variations. Do you want to charge into battle with a great sword and deal some massive damage before switching to some sorcery attacks from distance?

The game doesn’t just support these choices well, but they actively encourage them depending on the ratio in which you distribute your skill points. This open-ended class system allows the combat to stay mostly fresh over the 100+ hour adventure, and encourages a lot of experimentation for the player. Once players have invested enough points they can unlock destiny cards that allow them to obtain additional bonuses for their build. The most obvious weakness to the combat is the enemy variety, which just isn’t quite sufficiently stretched out across an adventure of this size. 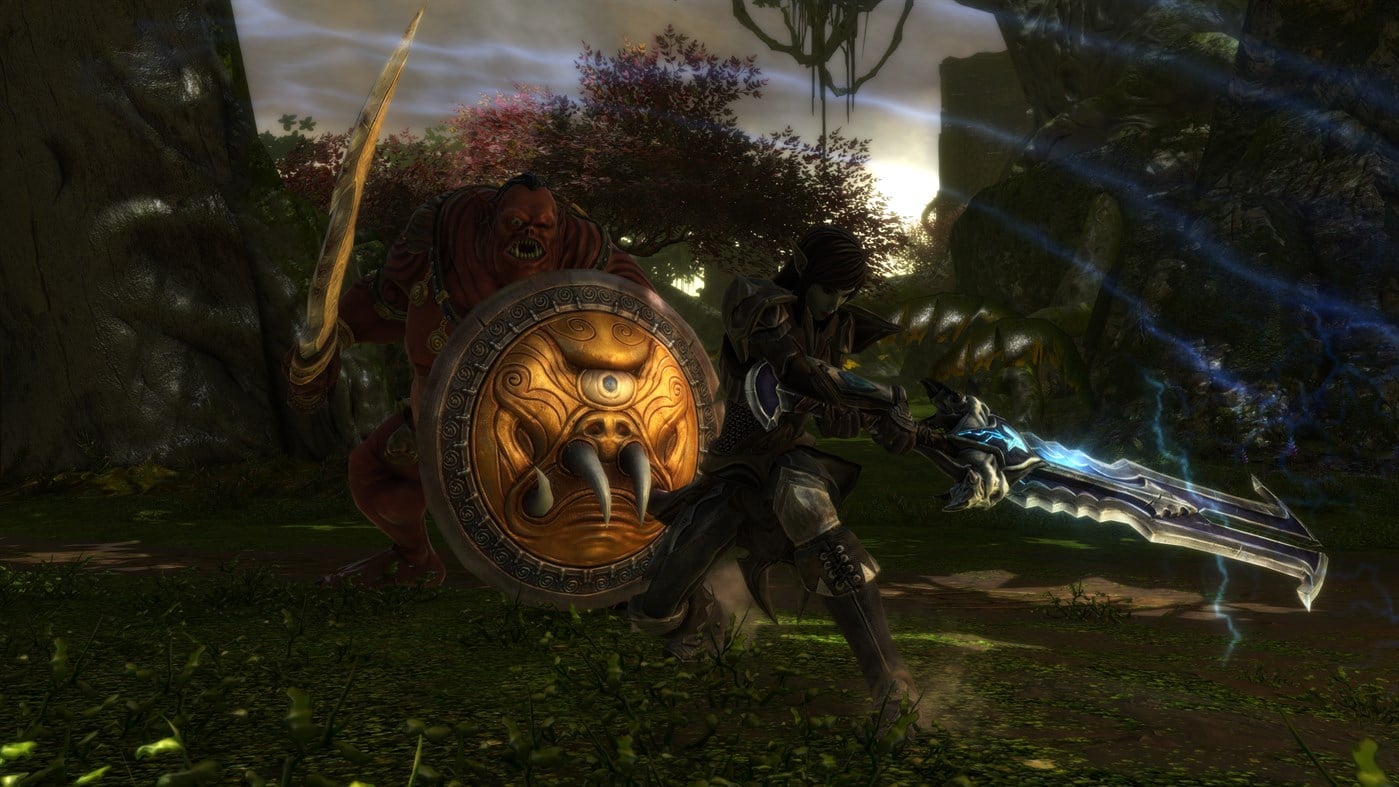 Combine that with a great variation of loot, both of weapons and armor, and there’s a very satisfying reward curve in the game. You won’t go long before acquiring additional skill points, obtaining new gear, or exploring new areas. This is one of the areas that a lot of RPG’s don’t get right, but Kingdoms of Amalur seemed to solve these issues well back in 2012.

Great for New Players, Not So Much for the Old Ones

If you previously played Kingdoms of Amalur there aren’t a lot of reasons to revisit the title. The visual improvements are noticeable, but come across as a thin fresh coat of paint that doesn’t require an additional playthrough.

Strangely enough, this port doesn’t address a lot of the issues that were present in the original. Lengthy load times, pop-in, and dips in framerate are quite noticeable, and shouldn’t be an issue in a remastered version of any game. This leads to a feeling that this “remaster” didn’t have a lot of effort put into it, which is a shame, since the core of Kingdoms of Amalur is quite good, and still has a ton of potential to be a great franchise. 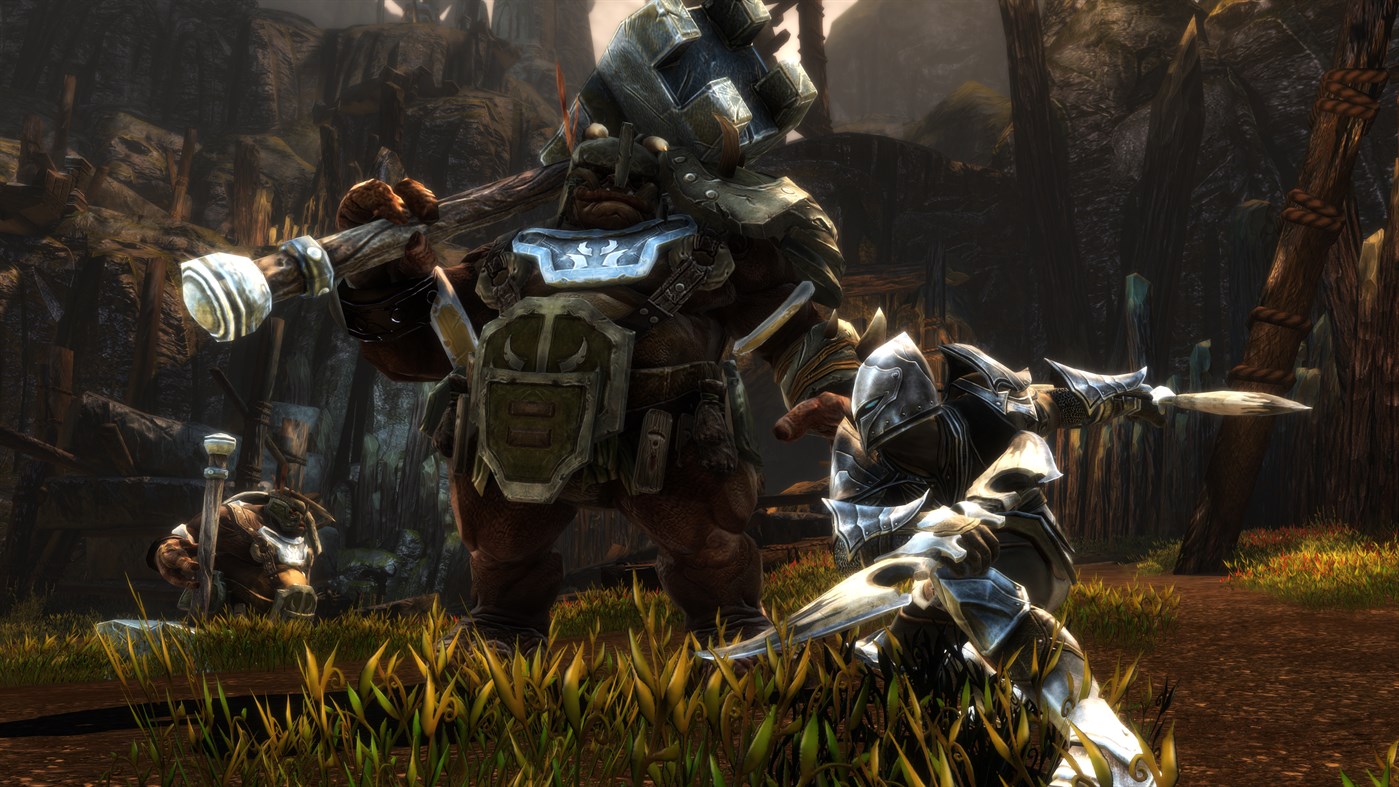 As a whole if you haven’t explored the world of Kingdoms of Amalur, this remaster is a solid introduction to the franchise. While this remaster won’t give players who have already explored the world enough reasons to jump back in, it’s still a good game, particularly if you’re looking for an RPG to sink your teeth into. Combine that with the DLC, the Legend of Ded Kel, and Teeth of Narros, included in this package, and you have an excellent value proposition, even if the experience can be uneven at times.

Kingdoms of Amalur: Re-Reckoning review code provided by the publisher. Played on PS4. You can read SP1st and MP1st’s review and scoring policy right here.