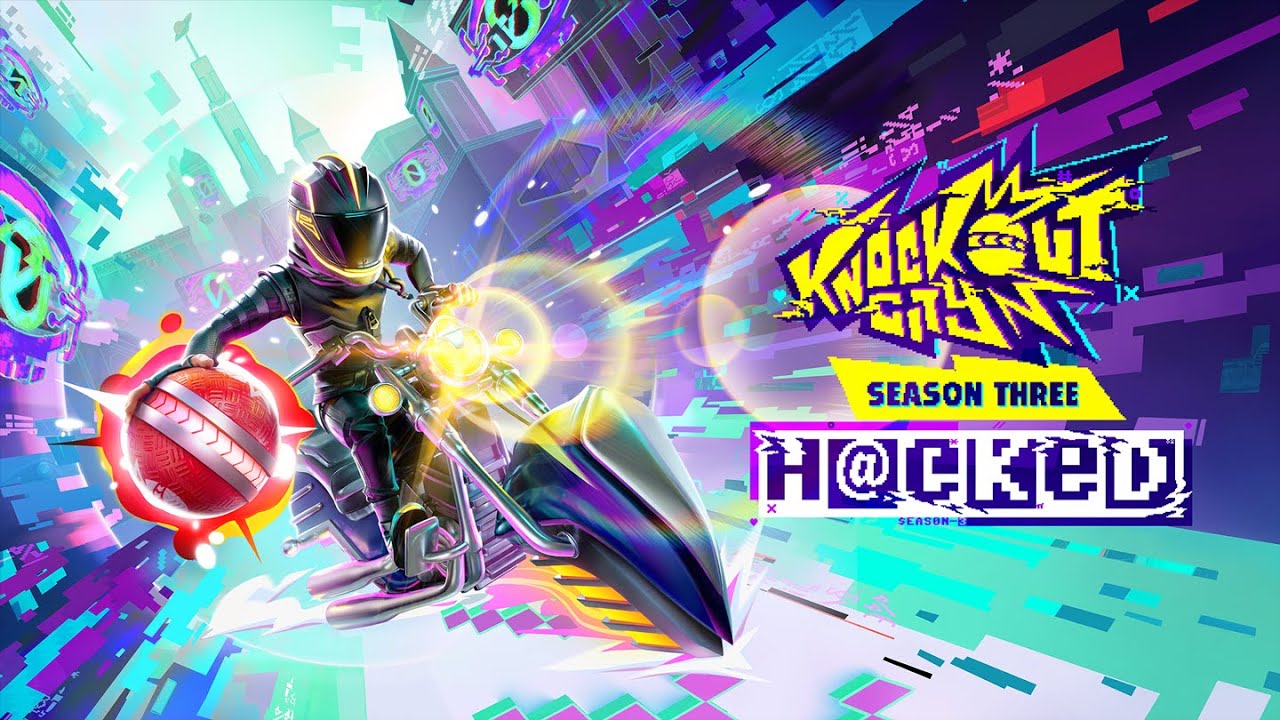 Velan Studios has released the Knockout City Season 3: H@acked trailer, and it features what’s coming this October 5, when the season starts! Prepare for new outfits and gear, a new season of League Play, and more.

Season 3 is coming, but not without a glitch or two. Nobody’s sure where it came from, but Z3R0 and its all-seeing eye starting popping up around the city a few weeks ago. In Season 3 it finally makes itself known when it takes control, right in front of everyone. It’s time for brawlers to Crew up and fight for their city. Together.

Bring your friends to the brawl when Knockout City™ Season 3 begins on October 5th! Z3R0 didn’t just hack the billboards around the city, it brought a decommissioned jailyard off the coast back online, as the all-new Lockdown Throwdown map. With Surveillance Drones and Security Turrets to worry about, you’ll have more than just the other team to worry about if you’re bringing home a win here.

Hacked outfits and gear arrive with Season 3, along with a bigger and better way for your Crew to show up to matches in style. With shiny new motorcycle Crew Rides and all-new Crew Horns customizations, it’s easy to make sure you’re seen AND heard when you show up to a brawl.

Season 3 brings a new season of League Play, an all-new Brawl Pass with exclusive rewards, new Deep Space Dispatch audio transmissions to reveal the truth behind Z3R0, and multiple new seasonal events, each one with their own new game mode. Don’t miss out: join the action when Season 3 drops on October 5th!

Once the patch is out for Season 3, we’ll be sure to let our readers know.

Silent Hill 2 at 20: A Sequel That Improved Greatly Over the Original