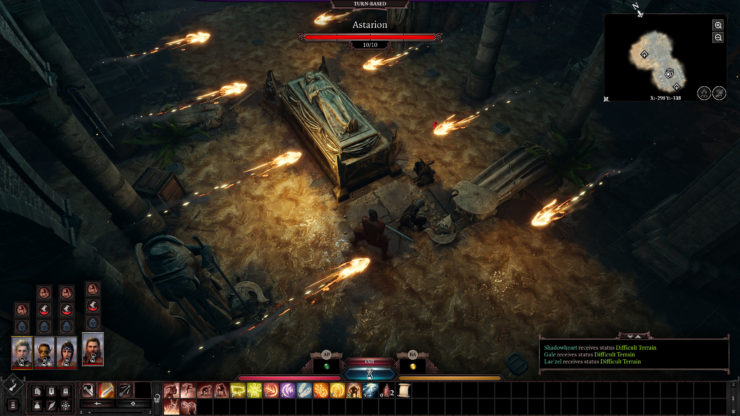 In case you didn’t see it, yesterday, Larian Studios (Divinity franchise) revealed our first look at Baldur’s Gate 3 gameplay. One thing franchise fans might have noticed is how the Baldur’s Gate 3 combat looked different from how it was in series past — namely, it was entirely turn-based rather than in real-time.

In an interview, Executive Producer David Walgrave explained the studio’s decision to go with turn-based gameplay when it comes to Baldur’s Gate 3 combat, rather than sticking what the franchise is known for.

The choices that we made are ours. Why did we go for turn-based instead of real-time with pause? Because D&D to us is a turn-based game and we’re really good – or we have become really good – with turn-based combat. So that, I think, is one of our strengths, and trying out real-time with pause for now, just because the originals were that? It’s a big risk. Because the team would have to think completely differently, our combat would be completely different. And we didn’t really feel good about that. Normally we do try out a lot. Normally we try out a lot before we make a decision, but with real-time with pause and turn-based we didn’t, we just said “Okay it’s just gonna be turn-based.” – David Walgrave, Executive Producer Larian Studios

Important to note, Larian Studios’ most successful game — Divinity: Original Sin II — is also a turn-based game when it comes to combat. So this is a case of the studio implementing what it does best.

Will old-school Baldur’s Gate fans embrace this combat change or will they cry out for a more real-time experience when it comes to skirmishes? We’ll know soon enough when Baldur’s Gate 3 hits early access on PC later this year.