A trailer for The Last of Us Remastered version coming to PlayStation 4 has been released, and here’s a small taste of what you can expect from this upgraded version.

Please note that the Remastered screenshots are taken from the youtube video, meaning quality and colors have been lost compared to the raw image for PS3 below. Despite that though, there are some differences in what Naughty Dog has done to improve the overall look and potentially the frame-rate. 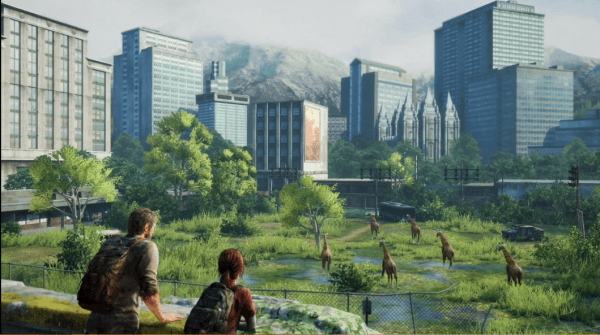 UPDATED: Dues to my brightness settings, I have included another screen with similar lighting to the one above, VIA Neogaf though the quality of the image isn’t as detailed as the original capture. 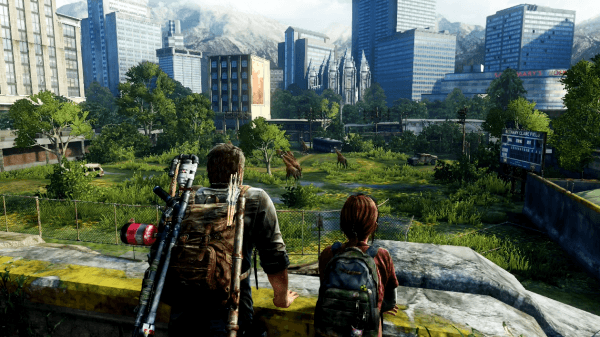 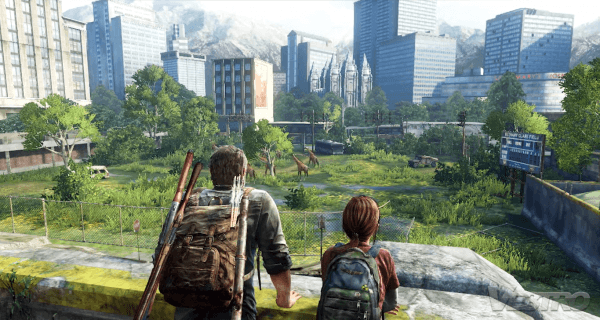 It’s hard to make out some of the changes, but they are there. For starters, we will point out that comparing our captured footage with the trailer, it looks like that the animations have been improved. This can be seen with the giraffes moving in the background. “Flicking” appears to be toned down significantly. As for the shadows, we can’t really compare because, in this scene, clouds are moving overhead, altering it.

Now, to point out a few things you probably don’t notice. I have circled multiple areas, compared with the raw captured image of the PS3 version, you can clearly see that more textures have been added along with some other cosmetic details such as the building wall on the left getting filled with all posts. The character model and, overall, the whole image is a lot clearer with less ‘jaggies” and shown with the building in the middle. The grass also appears to be improved. 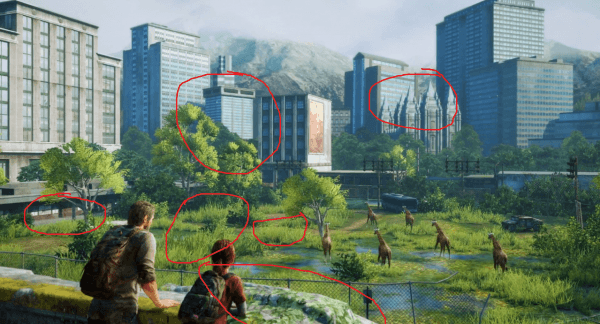 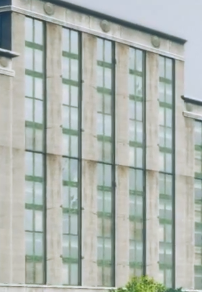 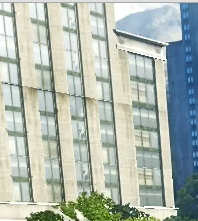 There really isn’t much more to go off of, but we can already see improvements from that short clip alone. We’ll make sure to update the post if any HD pictures come in.