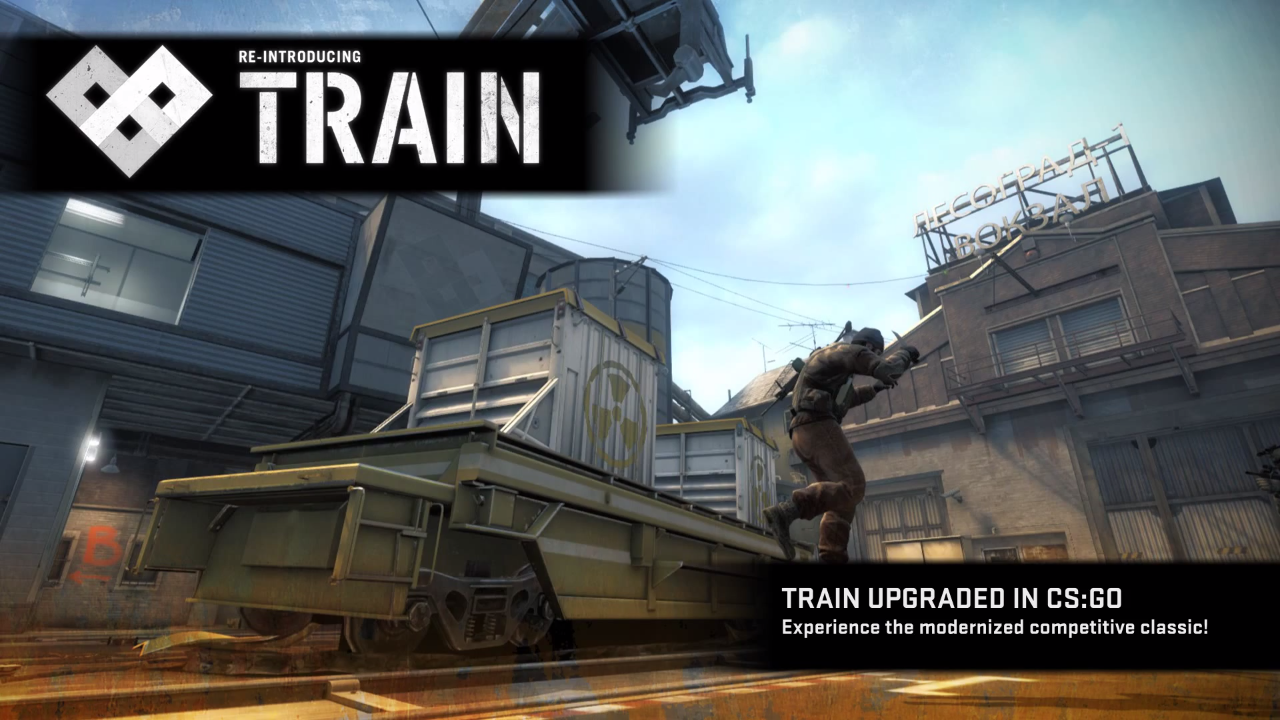 In Counter-Strike: Global Offensive‘s latest update, Valve is introducing an overhauled and upgraded version of the the classic, fan-favorite map, Train.

According to a recent blog post, the map was “rebuilt the map from the ground up in order to improve both the visual appearance and competitive gameplay balance of this iconic location.” The remake includes “intuitive layout changes” and re-interpreted “large and small-scale environment elements to improve judgement of space and distance”.

A ton of details on all the different sections of the new version were outlined in the blog post that you can read right here. You can also watch a brief introduction to the new map above. The new Train is now available in Competitive Matchmaking and other game modes as a part of the Operation Vanguard update.

In addition to the latest update, a number of tweaks were also made to the CZ75-Auto as well as a few other gameplay elements. You can read up on the entire change log below for specifics:

Call of Duty: Advanced Warfare And Destiny Lead The Pack As Top-Selling Console Titles Of The Year