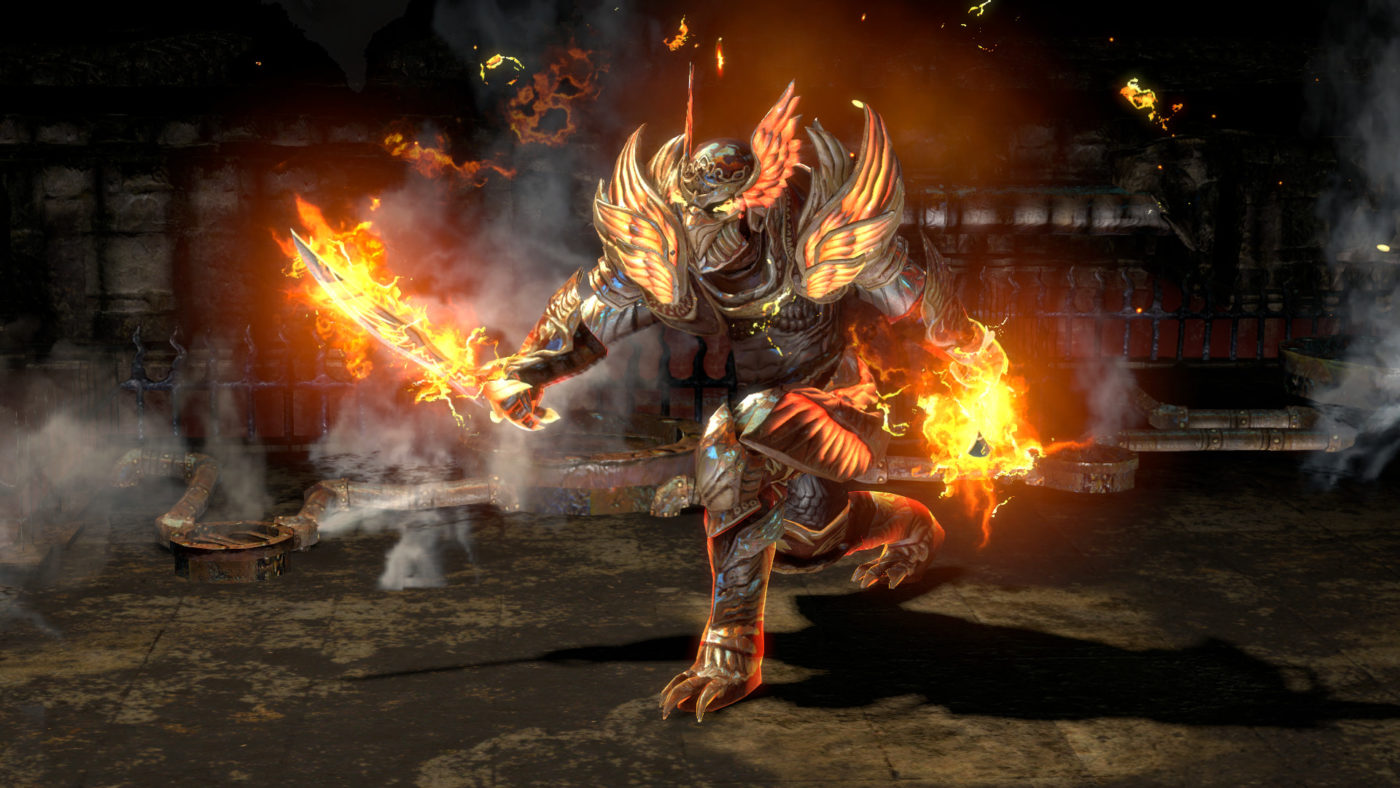 With War for the Atlas, the latest expansion for the free-to-play ARPG, Path Of Exile, being released last month, those on the Xbox One have been wondering when a patch will be released to include one of the latest uniques to the game, the Oni-Goroshi.

Thankfully, you don’t have to wait any longer! At time of this writing a new patch is now available for the Xbox One version that adds this highly sought out unique sword to Path of Exile.

If you haven’t been keeping with Path of Exile and wondering how to get this sword. It’s simple — that is if you don’t mind the long grind for it. If so, you can read the steps on how to get it below:

Alongside adding a new “chase” unique to the game, this patch also address a few issues that game has been plagued with such as: crashing and Abyssal monsters doing more damage than they were intended.

You can catch a condensed version of the patch below:

For the full details of this patch that just hit the Xbox One, you can simply view it in full here.

Those of you who happen to play Path of Exile on the Xbox One, will you be grinding to get this new unique? Let us know the comment section below!