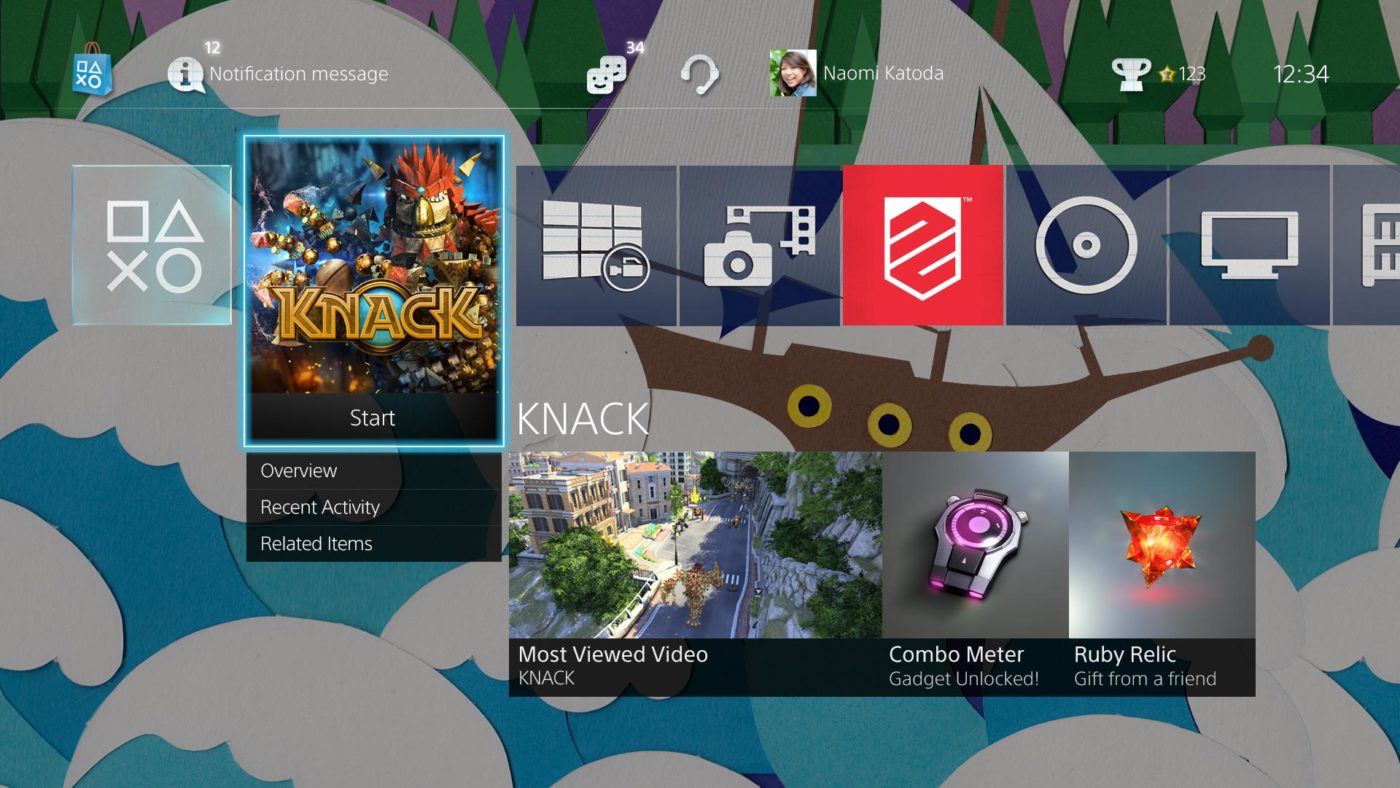 But before that happens, the company has put together an informative video that introduces and walks through all of the new features you can expect to launch with the new update. You can watch it above to get a better grasp on what you’ll be downloading tomorrow.

As a quick reminder, here are all the new features arriving in tomorrow’s update in list form, courtesy of the PlayStation Blog:

PS4 owners can play their own music in the background while playing a game using USB Music Player*. After inserting a USB stick loaded with music into the PS4, a new option for USB Music Player will appear. Supported filename extensions include MP3, MP4, M4A, and 3GP.

In addition to the ability to add a theme, PS4 owners can also change the background of the home screen from light blue to one of seven new colors: gold, blue, red, green, purple, pink, and gray.

Players You May Know

PS4 will now suggest players you may know as potential friends in the ‘What’s New’ section.

PS4’s Content Area, which shows the latest games and apps a PS4 owner has used, has been redesigned to help make it easier to quickly find and access content. It now shows 15 of a player’s most used apps or games, and additional items will be added to a player’s Library. The Library on PS4 has improved filter and sort functions to help organize contented by type (game / app / TV & video), name (a – z or z – a), recently used, or install date.

The ability to control PS4 using voice has been improved. Players can now say ‘PlayStation’ to begin commands, and ‘All Commands,’ to see a list of all voice command options available. New voice commands were added for live broadcasting, including “Start broadcast,” “End broadcast,” and “Find face.”

The monthly free PlayStation Plus games will have an ‘Add to Library’ button in the PlayStation Store. This button will add a game to a PS4 owner’s library without downloading it – saving space on their hard drive.

All Xbox One Bundles Are $50 Off For The Holidays