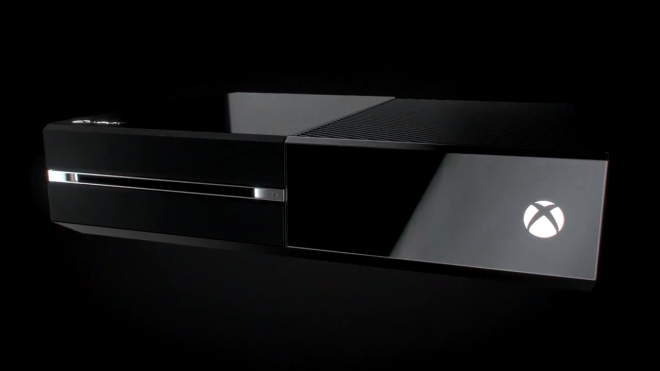 List of Xbox One Kinect Voice and Gesture Commands

Having a hard time figuring out what to tell your Xbox One and that Kinect Camera that sits in front of you all day to do?

We got just the thing for you. While it would have been nice to have been included in a manual or cheat sheet that came with the console, a list of Xbox One Kinect voice and gesture commands have recently been made available on Xbox Live’s Larry “Major Nelson” Hyrb’s blog, detailing what sort of actions your Xbox One is capable of through non-controller-related commands. 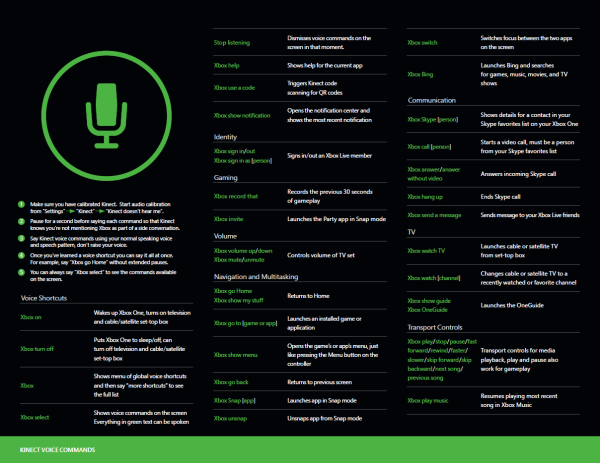 The image above might be a little hard to make out, even when enlarged, so be sure to check out the PDF version below which you can print out and keep close at hand or right next to your console:

Which commands have you found the most helpful so far? Any commands in this list that you didn’t know existed?

Better yet, what sort of commands do you think the Xbox One is missing?