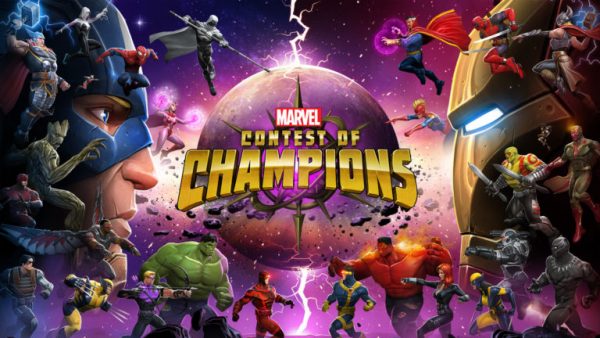 You know those times when people are quick to say that traditional (read: console and PC) gaming is dead due to mobile gaming? While that’s not true at all, stats about mobile games are so eye-poppingly huge that it’s no wonder that more and more developers are opting for the mobile gaming route. One of these said games? Kabam’s Marvel Contest of Champions.

Released back in 2014 as a free-to-play mobile fighting game featuring Marvel characters, the game has now skyrocketed to over 122 million downloads! This was revealed Quest Designers Scott Bradford and Dominc O’Grady on Marvel’s site (via ResetEra), where the game’s third anniversary is being celebrated with an interview.

Marvel.com: And how many people are currently partaking in the Marvelous melee you all have cooked up?

Dominic O’Grady: A small few, over 122 million of them; no big deal, right? We’re honored to have such a massive and passionate crowd of Summoners on this journey with us, and we’re all beyond excited to go into year [four]: A year with many, many more surprises waiting ahead!

There’s a new trailer for the game out as well, which you can watch below. Additionally, O’Gray revealed the top characters used by fans, and he managed to reveal the top five, which might surprise some.

Dominic O’Grady: There are many fan favorites! With 112 Champions now, it can be tough to figure out who the most [favorite] is, however we do have a list of the most used Champions in The Contest based on their rarity. Experienced Summoners might not be surprised to find that they’re all some of the oldest Champions in the game, too!

Fortnite Upcoming Updates to Include Season 2 of Battle Royale, “Survive the Holidays” Event