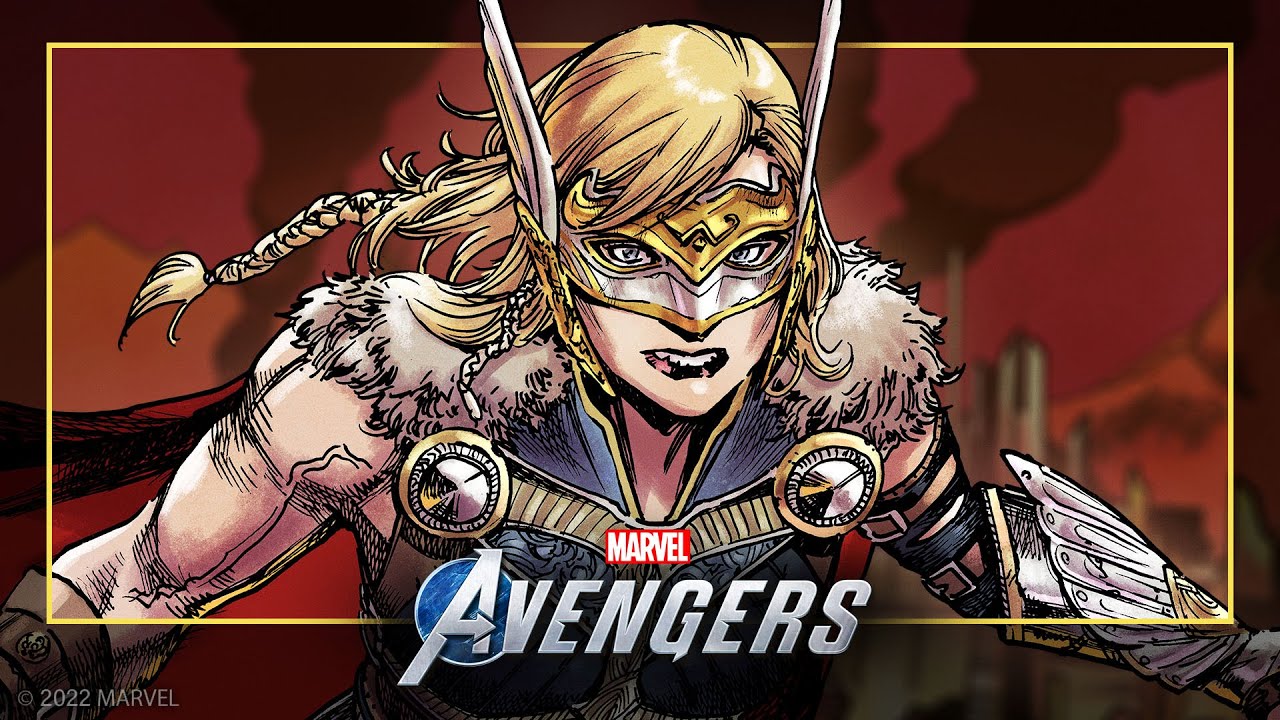 Alongside this announcement, a new animated trailer featuring how Jane Foster enters the Marvel’s Avengers universe has been released!

While Crystal Dynamics hasn’t revealed Jane Foster’s exact abilities just yet, here’s what the studio had to say about that earlier this month:

In our previous update, we revealed that, as Thor, some of Jane’s abilities will naturally echo the Odinson’s.  However, Jane is her own kind of Thor and several design changes set her apart. The biggest differences start with a new Intrinsic, All-Mother’s Blessing, and a new Overcharge ability, God Tempest. Her Ultimate Ability, the All-Weapon, is also brand new as we draw inspiration from her comic runs as Thor and Valkyrie and allow you to smite foes with Undrjarn as well as Mjölnir. Some of Jane’s baseline abilities are also new, including her new ranged combo, and a new ranged power attack.  On top of that, Jane will perform some of the familiar abilities she shares with Odinson with her own signature flair.

Alongside this The Mighty Thor title update, Crystal Dynamics is already looking beyond it, as the studio is already preparing for new Omega Level Threats, and more! Once The Mighty Thor patch is out, we’ll be sure to let our readers know.

Gotham Knights to Feature “Biggest Version of Gotham” in Video Games; Players Will Be Able to Use Same Characters in Co-Op