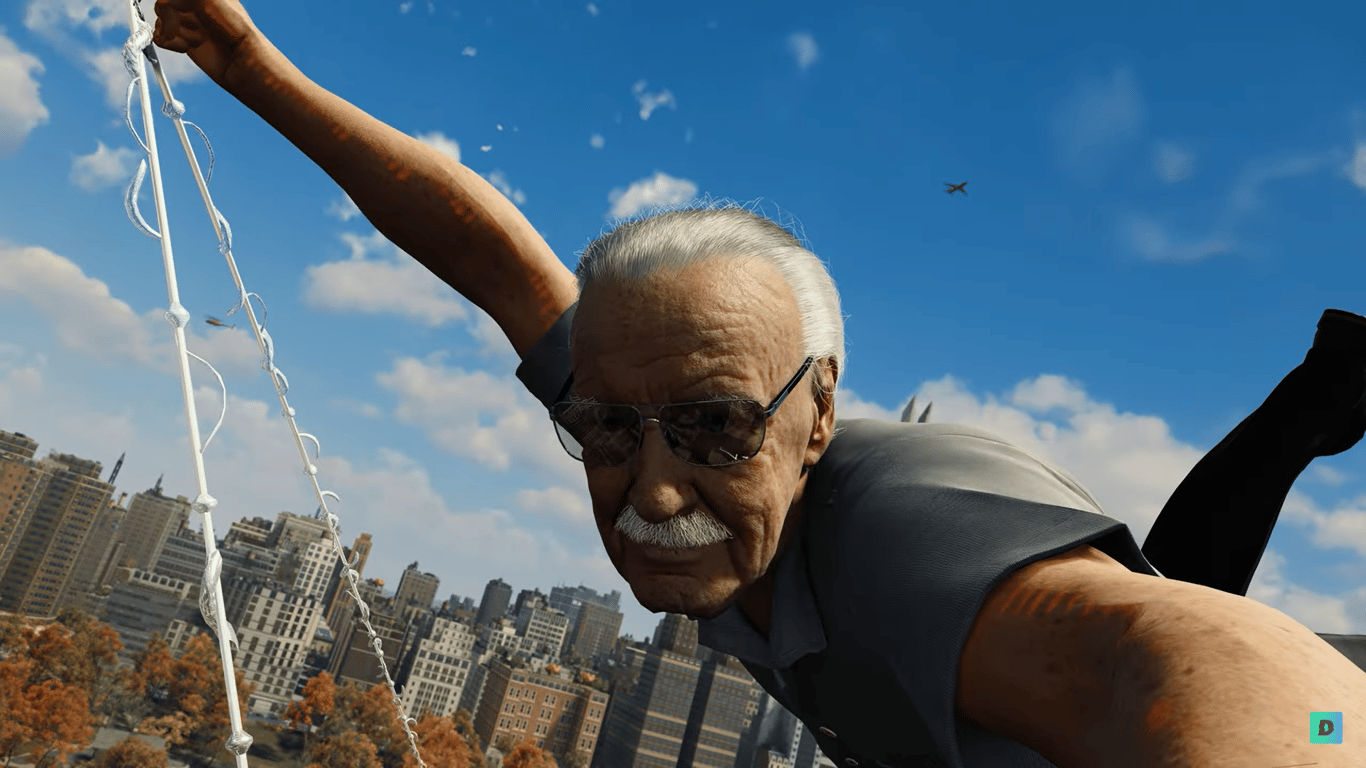 The new mod allows players to do almost anything with the Stan Lee character model in-game. This ranges from taking selfies, to spinning webs, swinging around the city, catching thieves, and more.

Apart from the weird hand and leg movements, which seem to also stretch at times, the mod will suffice for those who always wanted the opportunity to let Stan-Lee save New York City himself.

This mod pays tribute to the late Stan Lee, 4 years after he passed away in November 2018. He is the legendary comic book writer who created the Spider-Man character as well as the Fantastic Four and X-Men.

Here is an excerpt from our Spider-Man review for the PS4, which gave the game an astounding 9.5/10 score:

It’s surprising that Insomniac’s first foray into the superhero video game scene is this ambitious, and what’s even more surprising is, the studio managed to shatter all expectations. Make no mistake, this Spider-Man game is one mean action game even without the license, though it uses it to great effect, which puts the game from “good” to “excellent” all in one go. Simply put, Marvel’s Spider-Man is one neighborhood you’ll want to swing by, and be a part of.

The Spider-Man Stan Lee Mod can now be downloaded through this link alongside numerous other mods the community has already finished.

Rollerdrome Launch Trailer Revealed – Get Your Roller Skates On