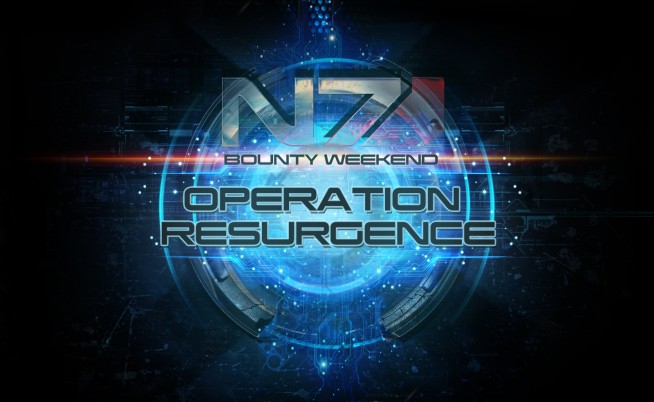 If you haven’t yet, make sure to check out the trailer detailing the 2 new maps, 6 new characters and 3 new weapons included in this pack right here and don’t forget to download it as it is now available across all platforms.

As stated on the official BioWare blog, “anyone who has the Resurgence Pack multiplayer DLC operational during this weekend will be granted a Reserves Pack. A Reserves Pack unlocks one of the new random alien classes guaranteed.” Additionally, “all participating squads will earn +10% additional experience when playing on the Resurgence expansion’s new maps, Firebase: Condor and Firebase: Hydra.”

BioWare reminds player to make sure that “Upload Gameplay Feedback” is turned “on” in the online options menu.

So far, BioWare has shown great dedication to their Mass Effect 3 multiplayer fan base. Check out some of these earlier community events: