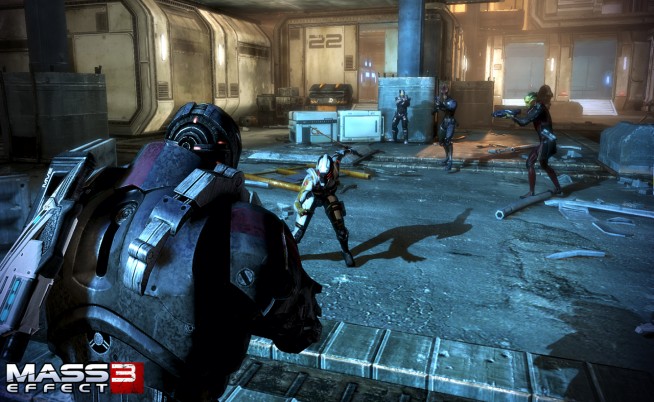 How would you rather spend your Valentine’s day? Putting tons of effort and money into making your real-life girlfriend/boyfriend happy? Or shaping up your romance skills with blue and green aliens in the digital world of Mass Effect?

BioWare has officially announced that the Mass Effect 3 demo will be launching this Valentine’s day on February 14th for the Xbox 360, PS3, and PC. Not only will this demo include some of the intense opening scenes of ME3 where the Reapers begin to launch their attack on the galaxy, but it will also include fully-functional Kinect support using its voice-recognition technology on the Xbox 360.

Of course, what’s even more interesting to us here at MP1st, is that this demo will also act as a mini-beta for Mass Effect 3’s multiplayer. Normally, access to ME3’s cooperative “Galaxy at War” multiplayer will be available on the 17th of February, but those who own a copy of Battlefield 3 and have registered their online pass will have early access beginning on the 14th, the same time as the single-player demo. According to the official BioWare forums, two MP maps will be included: Slum and Noveria. Unfortunately, split-screen co-op will not be supported. The multiplayer portion of the demo will be deactivated March 5th, one day before the full retail release of Mass Effect 3.

How will you be spending this Valentine’s day?

Make sure to read up on why Bioware decided to include multiplayer in Mass Effect 3.

PlayStation Network will be Down for Maintenance Soon