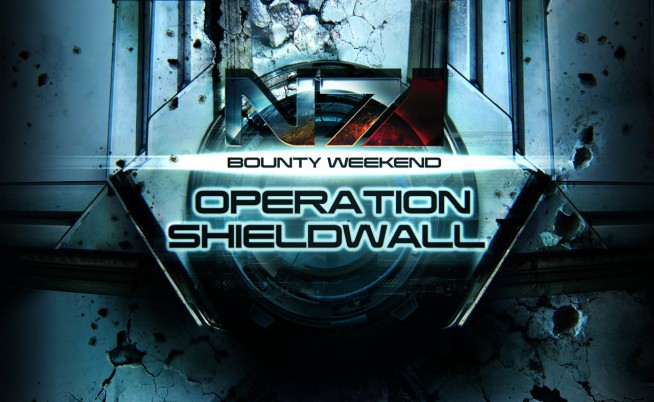 With BioWare’s last N7 Bounty Weekend challenge Operation: Silencer ending in failure, they are giving ME3-heads another chance in this weekend’s Operation: Shieldwall, but not without its consequences.

“The Reapers are targeting our training centers, and your mission is to draw their fire and attention. Put them on the defensive! Buy us time, and the reinforcements in training will soon back you up,” according to the official BioWare Blog.

Operation: Shieldwall will commence this Friday, May 25 at 6:00PM PT until Sunday, May 27 at 5:00PM PT, on PlayStation 3, Xbox 360 and PC. BioWare reminds players to keep the “Upload Gameplay Feedback” setting “On” and that  PlayStation 3 users will not see the promotion screen due to a known bug, though they will still be able to participate.

Check out the challenges below, including additional obstacles:

See you on the galactic battlefield this weekend!