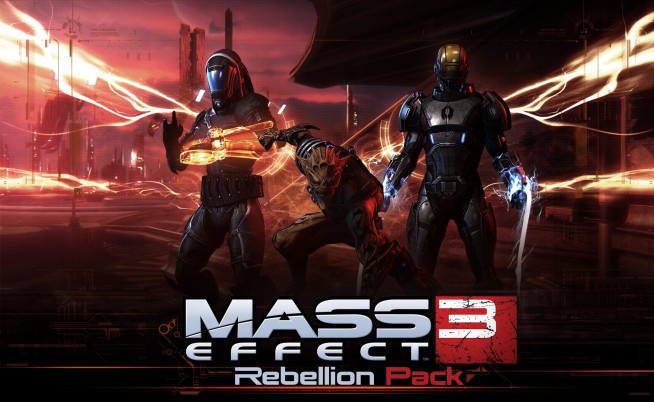 While rumors of an upcoming Mass Effect 3 multiplayer DLC titled Rebellion were recently deemed “not true” by BioWare, it appears that they were only referring to certain details as BioWare confirms today that Mass Effect 3: Rebellion Pack is, indeed, real.

Most of the details reported earlier were, in fact, correct, save for the name of a particular class that will be playable in the upcoming DLC.

As stated earlier, two new maps (Firebase Jade set in a Salarian-made jungle reservoir, and Firebase Goddess set on the Asari homeworld of Thessia) will be available for immediate play in the map selection. In-game reinforcement packs will include three new weapons (the Reegar Carbine Shotgun, Krysae Sniper Rifle and the Cerberus Harrier Assault Rifle) as well as additional equipment, consumables and six new playable classes.

The new races and classes as listed on the Official BioWare Blog:

Remember, Operation: Shieldwall begins this weekend! What new class are you dying to try out in Rebellion? Let us know in the comments below.

Check out some of these “rebellious” images (click for a larger size):